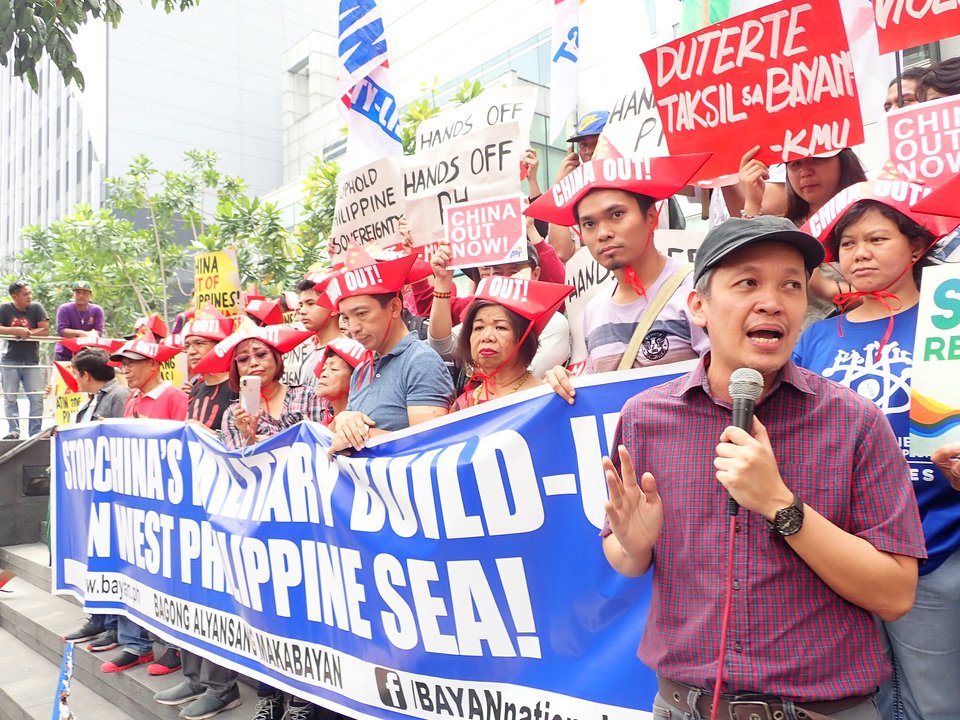 MANILA — Multisectoral groups led by Bagong Alyansang Makabayan (Bayan) trooped in front of the Chinese Consulate in Makita on Feb. 10 to denounce the continuing invasion of the West Philippine Sea. 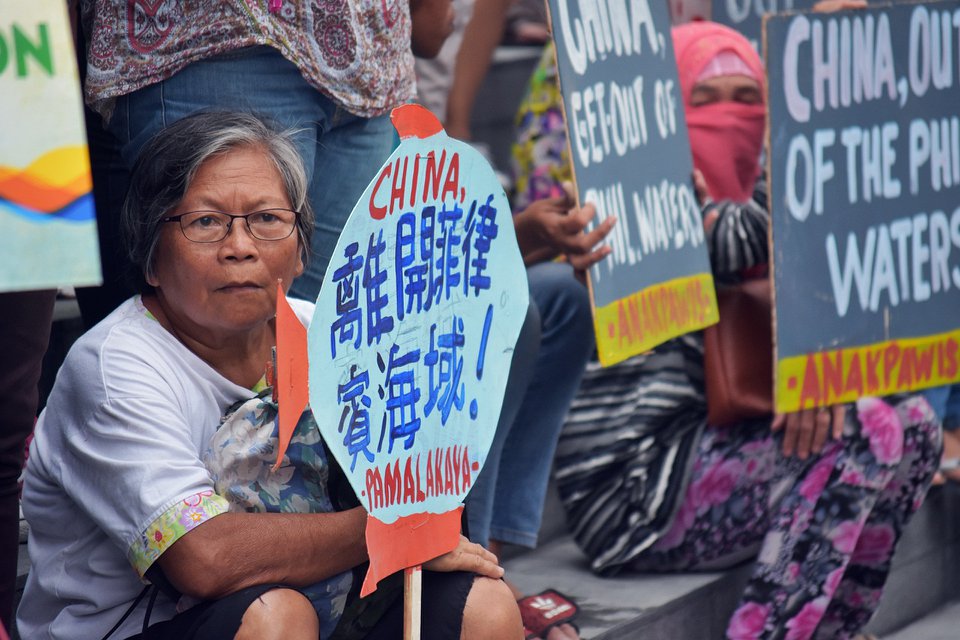 “A foreign policy held hostage by foreign loans is not an independent foreign policy. It is a subservient foreign policy,” Bayan said in a statement.
“The Duterte regime has refused mounting calls to protest China’s military build-up in the disputed islands, relying instead on the non-existent ‘good faith’ of Duterte’s Chinese benefactors,” it added. 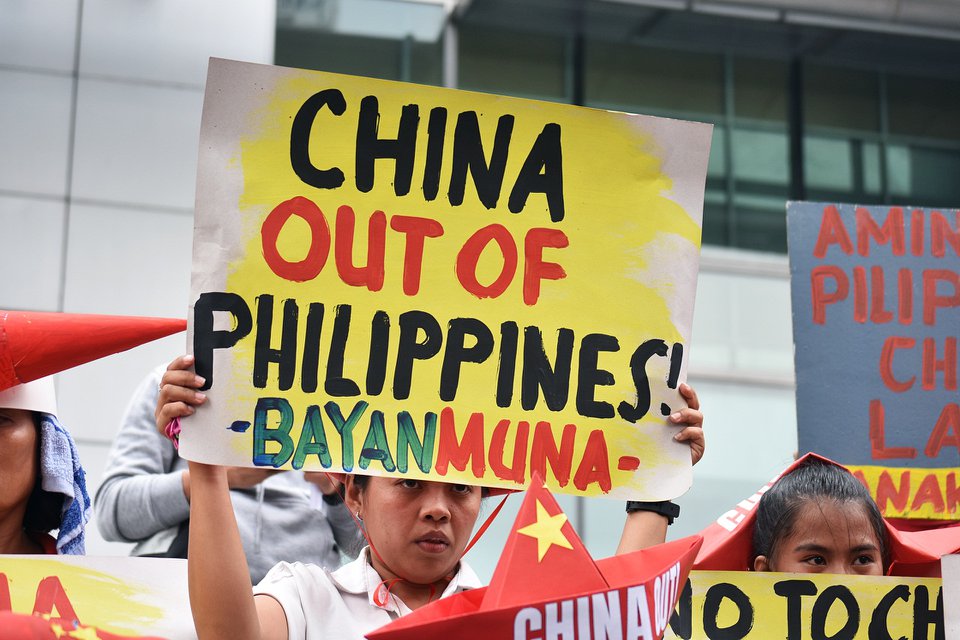 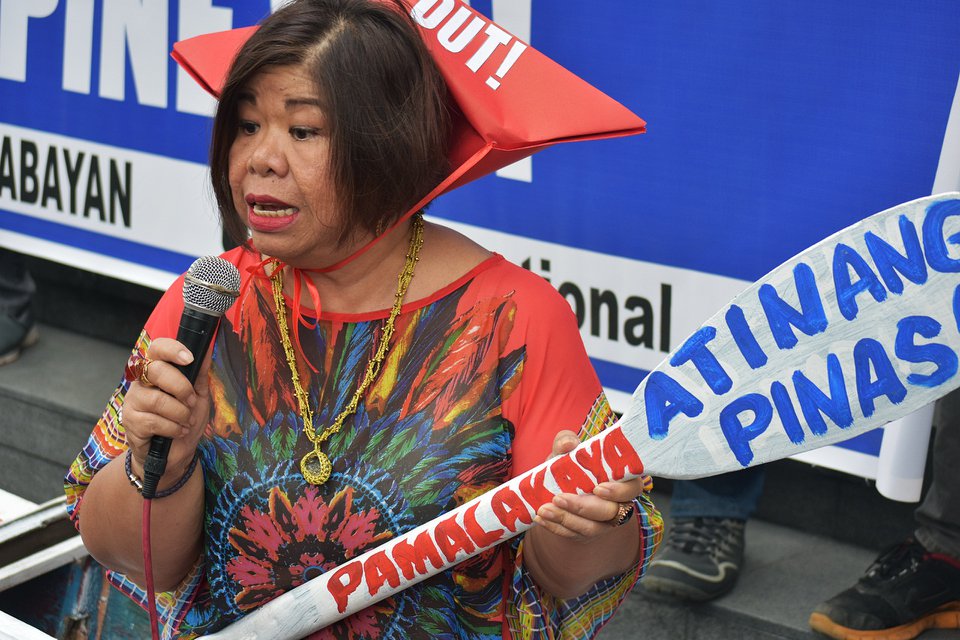 “However, he consistently avoids the issue in the name of foreign investments,” Hicap added. 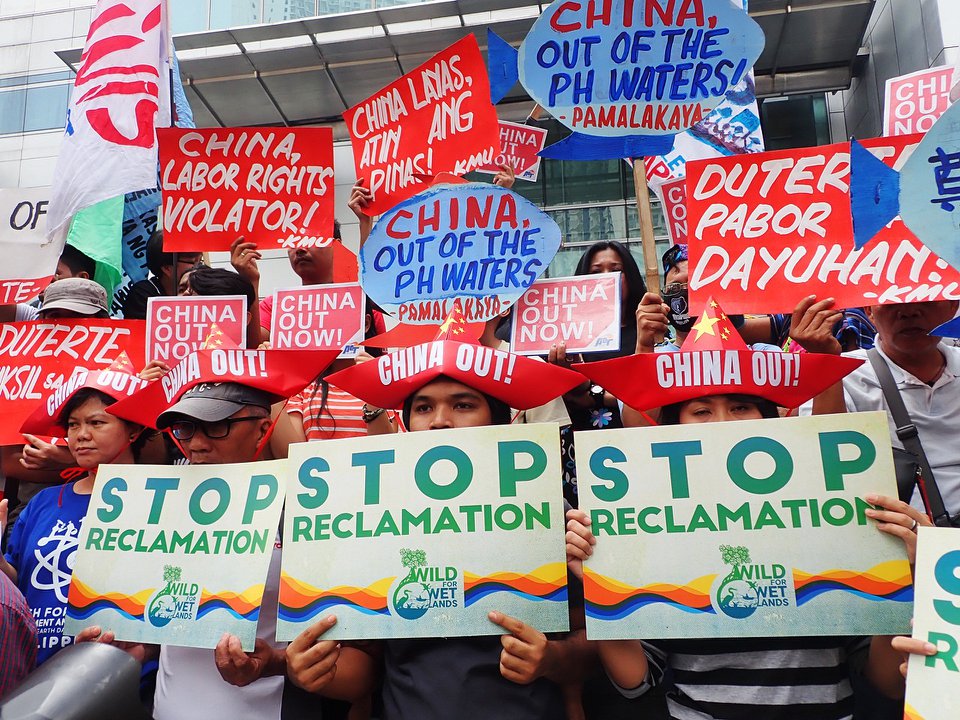 Bayan said the government’s reliance on loans for the country’s infrastructure program “has severely undermined our sovereign rights to these islands.”
“So while the Philippine government builds foreign-funded bridges and ports, it will be ceding our islands, waters and vast resources to China. It is an utterly shameful situation. It is a betrayal of national interest,” the group said in a statement.