When one prospects for underground gold deposits, one has to first map out, draw, and understand the lay of the land within a wider, regional scale. That way, one may understand why the gold exists there in the first place.

Similarly, in digging deeper into the Philippine national mining situation, we must first understand why and how the mining industry behaves within the wider global economic context. We do this to map out our response – for our survival, for our environment, and for our future.

The global mining industry has been framed on Neoliberalism, the capitalist doctrine of opening up the commons to foreign and private big business while dismantling state control. Since the ‘globalization’ boom of the late 80s, world powers and international financial institutions such as the United States and the IMF-World Bank have pushed neoliberal policy reforms all over the world.

Understanding the global mining industry’s “Boom and Bust” behavior of weakening surges and worsening downturns is critical, as it affects the export-oriented and foreign-dominated local mining industry. Powerful economic interests in the mining industry, in turn, influence the mining-related policies and programs of the current government of the Duterte regime.

The global mining industry seems to be recovering and stabilizing after being in a rut since 2015 due to low mineral prices, the consultancy firm Pricewaterhouse Coopers (PwC) has reported. It shows the recovering prices of mineral commodities since the first quarter of 2016 (Figure 1).

China still leads as the world’s biggest consumer of raw metals. Similar to its 2016 Mine report, PwC says 40 percent of the global copper demand and nearly 70 percent of global iron ore demand came from China.

As China is reportedly transitioning from a manufacturing-based to a service-based economy, it cannot solely drive up the mineral prices in the long run. Still, PwC thinks metal prices will remain stable. It cites the rising demand from India and leading members of the ASEAN like Thailand and Malaysia that could offset the anticipated drop in Chinese demand.

China may be experiencing a slowdown, but its 6 percent growth rate is still considered robust enough to be an important driver of metal demand and prices. In fact, for the past three years, Chinese investors were the leading buyers of mine assets.

2. Mining on its way from bust to boom 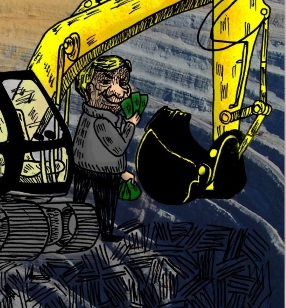 To increase production, mining companies need to mine on more lands. These often result in land grabbing, dislocating traditional settlements, trampling on ancestral domains of the indigenous peoples, at any stage of their mining cycle. Greater mining means greater extraction of natural resources such as water and timber in mining tenements.

Big mines also create a fiscal situation where companies become vulnerable to incurring debts and losses. Metal prices are volatile and quickly-shifting, unlike the physical site of mine operations on the ground.

Because of their physical heft and complexity, mine operations can’t quickly adjust production to the price swings of an anarchic market. When metal prices plunge they are left with excess ore they cannot sell. Usually, they stockpile these while waiting for prices to rebound to profitable levels.

When the capitalist system itself is in a longer-term slowdown, companies close and abandon their mines, or sell it up. If it has deep enough pockets to endure the crisis, it may also instead wait out the slump in demand that characterizes the capitalist boom-bust cycle. To withstand this and cut losses, they trim operations and lay off workers or slash their wages, or they sell assets or manage their debts, all in hopes of profiting when price rebounds.

Indeed, almost a third of the global top 40 mining companies had shed assets by the end of 2015 as growth among the leading national economies remained sluggish eight years after the 2008 Global Recession. 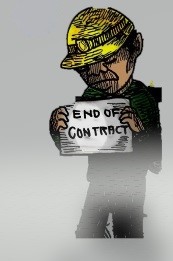 In its 2017 Mine report, PwC says that miners have imposed cost-cutting measures in response to the downturn of the mining industry since late 2015. Unsurprisingly, the report makes no mention of layoffs, wage cuts, and cuts in social responsibility measures as part of their cost-cutting measures. It just vaguely refers to “increased production efficiency.”

This “increased production efficiency” resulted in a 17 percent decrease in operating costs for 2015 of the top 40 largest mining companies of the world, even though they produced higher output volumes in 2014.

In the same period, world mining number one BHP Billiton terminated 17,000 workers in its mines in Chile and Australia. World mining number two Rio Tinto began adopting driverless trucks in its Australian mines. These cut down their labor costs.

3. Loose change for hyped up CSR

Spending on corporate social responsibility (CSR) programs remains a meager fraction of mining companies’ profit, especially given their drive to cut down costs after the 2015-2016 slump.

Publicly available data from some of the world’s largest mining corporations themselves show this. For example, Glencore’s CSR expenditures from 2012 to 2016 amounts to $662 million, a mere 4.33 perceent of their total $15.28 billion net profits for the same period.

After years of slow demand and debt, the world mining industry is more optimistic for 2018, the PwC reports. It said, “this year will be all about assessing options and making the right corporate decisions to sustain the market optimism.”

Governance will also be affected by this “optimism.” With mining operations come corruption to ensure companies’ unhindered business. Governments are pressured to relax implementation of laws, and to influence laws to further liberalize regulations. Mining companies will get more profit and fewer barriers in the guise of attracting investments for national development.

According to Mining Watch Canada’s Catherine Coumans, when governments try to uphold national laws or protect their citizens, transnational and multinational mining companies use international arbitration tribunals such as the International Center for Settlement of Investment Disputes of the World Bank (ICSID-WB) to assert their interests.

As of March 2013, there were 169 cases in the ICSID-WB where more than a third (35.7 percent) are related to oil, mining or gas. This is a great leap compared to just three cases in 2000, and seven cases filed in the1980s and 1990s. An example of this legal harassment was the case against El Salvador, a case which their people won.

Given these trends, our people’s resistance movements should be more vigilant and steadfast. The international mining situation renders mineral-rich countries more vulnerable to environmental destruction, land grabs, displacements, and violence against resisting peoples and communities. Even the mine workers who are already overworked, underpaid and working in unsafe conditions, are under threat of cost-cutting measures such as layoffs, salary cuts, contractualization, and their employers’ scrimping on measures to ensure mine safety. 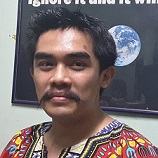 Paul Christian Yang-ed is a licensed geologist and currently the research and communications officer of the Kalikasan People’s Network for the Environment (Kalikasan PNE). This is the second of a four-part series of articles discussing the National Mining Situation this 2018 in the context of the 23rd anniversary of the Mining Act of 1995’s passage.
Read the first part here: Fool’s gold under Duterte