Floods have been affecting Manila since time immemorial. It stems from the fact that Metro Manila is the catch basin and thus the natural waterway of the Angat-Ipo and Marikina watersheds. But flooding has worsened through the years: the green spaces are being eradicated, the coastal and riverine areas were being reclaimed, and roads, parking spaces, and concrete establishments have been expanded. All these have taken over our natural waterways. Along with the degradation of forests upstream, the rapid, anarchistic urbanization of Metro Manila has transformed our natural waterways into concrete corridors, greatly reducing the rate at which the area could absorb overspill. 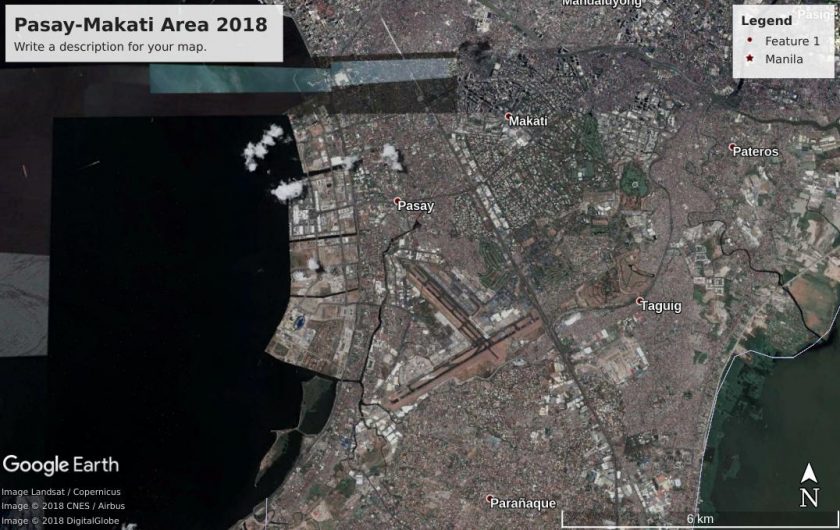 A World Bank research notes that the spatial expansion of Metro Manila’s urban area grew by 2.2 percent annually from 2000 to 2010. It is twice the expansion rate of Bangkok and Seoul in the same time period. A study by the University of the Philippines, meanwhile, estimated that Metro Manila now has only 13 percent of its original green spaces.

Still, Metro Manila’s last urban forests and other green spaces are being converted into various infrastructure. The 2.2-hectare Arroceros Forest Park, considered Manila City’s last lung, is under threat of being converted into a university gymnasium when there are alternative sites for development elsewhere.

Historians noted how, with every change in priorities of successive American colonial regimes, they expanded the concrete areas at the expense of waterways. They viewed the waterways merely as “trading ports” and not as waterways that they actually are. Architect Daniel Burnham had once said the waterways should be integrated and considered as such in urban planning.

Urban sprawl along coastal areas is also increasing the demand for groundwater. As more water is being sucked out from the ground, the sediments underground are left with more air pores. This will slowly get squashed as sediments soon compressed each other, causing ground subsidence that lowers an area’s elevation and makes it more vulnerable to flooding. This is worrisome: the sea level is rising and expected to rise further and at the same time, parts of Metro Manila are sinking.

With the still pervasive joblessness and poverty due to landlessness in the countryside, more and more people have been flocking to the urban areas to find jobs. From 4.9 million in 1975, residents have increased to more than 11 million at present and still growing.

Rural joblessness and landlessness result in more and more people becoming vulnerable to the flood hazards that are already inherent in Manila and its environs because of its topography and geomorphology.

Lacking affordable and safe public housing in urban areas, millions of people have nowhere else to live. They are compelled to live in danger zones and build makeshift houses along riversides which further congest the waterways. Add to this congestion the weak solid waste management systems of urban local government units, and you find more wastes clogging the already severely constricted channels and esteros. Yet, these are what’s taking more and more overspill.

Increased demand in groundwater has also been contributing to subsidence in some areas such as the CAMANAVA area. But the worsening floods cannot be addressed by merely blaming the poor and implementing a selective demolition of structures along waterways.

Band-aid solutions implemented so far by the government include demolishing structures and expelling informal settlers living along waterways.

In 2014, the Department of Interior and Local Government (DILG) has reported relocating 4,400 of the 60,000 families along major waterways in Metro Manila. Yet it allowed the condominiums, posh subdivisions, and big establishments such as malls that have also straddled natural waterways and floodplains. These should have served as natural runoff absorbers.

Some 19,000 hectares of reclamation projects also remain in the pipeline, threatening to further clog the river deltas and waterways of Metro Manila.

Unfortunately, the shoddy relocation projects built in Rizal by the government for the informal settlers in urban areas have ignored the geohazard vulnerabilities and livelihood practicalities of its would-be residents. As the relocation sites are far from their jobs and sources of livelihood, the residents in turn either abandon or sell their units and go back to being informal settlers in urban areas, perpetuating the cycle of urban congestion.

Manila Bay’s redeposition of tons of trash into Roxas Boulevard and other coastal areas reveals a long-standing problem of marine pollution and aggravated flooding usually attributed to urban poor communities along waterways and the bayside.

From a cursory study of Metro Manila’s geography, garbage from Manila Bay mainly come from three sources: from the Pasig River and other creeks and esteros; from elsewhere swept to Manila Bay by the waves; and from those deliberately and directly dumped into the Bay.

Studies have yet to determine how much of Manila Bay’s trash comes from each of these sources annually, and who are the biggest direct disposers of trash. But the composition of the trash swamping Manila Bay has been studied.

During the August 11 habagat event, the Manila Department of Public Services reported having collected 80 tons of garbage from the Bay. Half of that trash they collected were driftwood and bamboo, a fifth was rubber, another fifth were plastics and styrofoam, and a tenth were dead animals.

Results differed from that of Ecowaste’s audit because in the 2014 audit the weather was relatively calm but when the DPS made its estimate, the weather was stormy. It’s no surprise there were more driftwood and bamboo. The monsoon floods and winds could have brought it down from upstream areas such as the watersheds, have are also experiencing degradation. The dead animals could have come from the inland urban areas swept by floods.

In a separate audit made by the GAIA and Mother Earth Foundation in 2017, three in every four residual wastes of urban centers in the Philippines were found to be composed of single-use plastic wraps of products of giant multinational companies (MNCs) such as Unilever, Procter & Gamble, Nestlé, PT Mayora, Colgate-Palmolive, and Coca Cola.

The figure tells us the extent of our country’s dependence on plastic-intensive products, the surplus products of multinational companies being exported to us, or by the local companies with ties to the MNCs.

Other possible largest direct sources of garbage in Manila Bay are the active and illegal dumpsites and garbage “transfer stations” along the bay located in positions regular pathways of Habagat wind.

A map of the National Solid Waste Commission indicates that an illegal disposal facility in Mariveles, Bataan was closed or rehabilitated in 2017, which meant that years before 2017, that facility could have been polluting Manila Bay.

The dumpsite in Pier 18 in Manila was reported “inactive” by the EMB in its 2003 report yet media reports indicate that it may have been operating until as recently as 2013.

Garbage on Manila Bay (and consequently, flooding) has been blamed on the informal settler-urban poor residents who comprise at least a fifth of Metro Manila’s population according to a 2009 study by the Metro Manila Inter-Agency Committee on Informal Settlers (MMIAC).

But among economic classes, it is the middle and upper classes and not the urban poor who are more likely the major contributors to waste. The urban poor lack money to buy so many plastic-intensive products as the middle class.

The challenge of resilience

All these flood factors and the continuing damage being inflicted on our watersheds require proactive and strategic solutions. We should not wait for the onset of typhoons, extreme rainfall events, and other natural hazards before addressing these issues.

We urgently need disaster-risk reduction, climate adaptation, and environmental rehabilitation and protection. At the core of it all is the need to build the capabilities of frontline communities, barangays, and other local groups in addressing these problems. And the need to get each government agency to do its part in resolving these major risk factors.

The challenge to build genuine solutions to these risk factors should not have been new to the administration of Rodrigo Duterte. A number of these proposals were outlined already in the 2016 People’s Agenda for Nationalist and Progressive Change, a comprehensive 100-day agenda document hand-delivered to Duterte himself.

Two years after he received the People’s Agenda, and nine years after Typhoon Ondoy became a tragic milestone in our history, lessons remain unlearned. The elusive goal of transforming the Philippines into a genuinely resilient nation remains a pipe dream.