The motorcycle-riding men, along with a silver pick-up vehicle, were earlier seen closely tailing the convoy of rights activists and lawyers during their nearly four-hour travel from Bacolod to Sipalay, where the wake of Ramos is being held. The vehicles used – both the motorcycles and the pick-up vehicle – had no plate numbers.

Upon arriving in the local gymnasium where the wake is being held, the motorcycle-riding men were seen pulling a gun, prompting those present to ask local police to arrest them.

They were identified as Rodolfo Gaday Alemen Jr. and Macoy Villahermosa, both enlisted agents of the Armed Forces of the Philippines. Villahermosa’s gun, however, mysteriously disappeared after police apprehension.

Among those who joined the convoy are Karapatan secretary general Cristina Palabay, National Union of Peoples’ Lawyers’ Edre Olalia and Ephraim Cortez, and members of NUPL Panay, Kilusang Magbubukid ng Pilipinas (KMP), National Federation of Sugar Workers (NFSW) and many other people’s organizations.

However, the suspected state agents onboard the silver Hilux pick up remain unapprehended, said Palabay.

They will file appropriate charges against the two, she said. 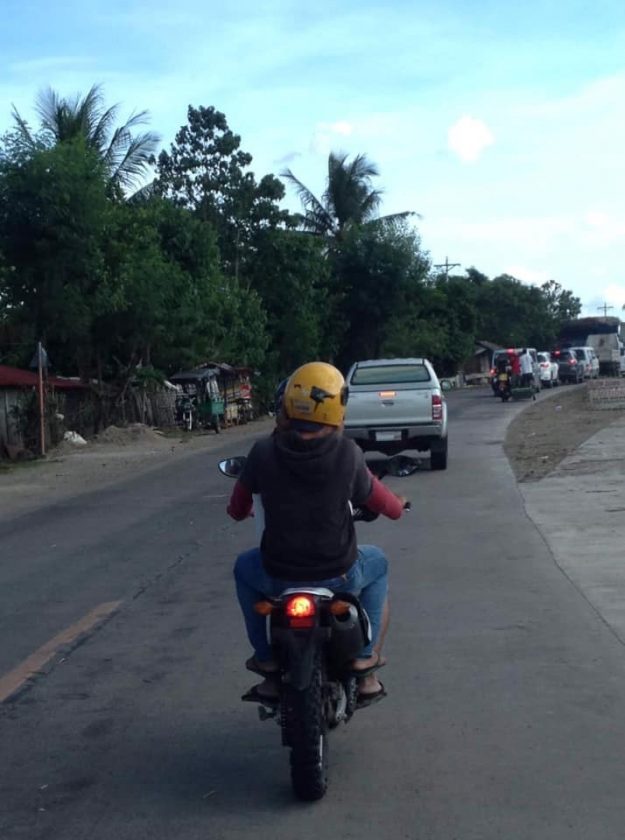 This is not the first time for Alemen to be implicated in harassing human rights activists. Palabay said the soldier was also among those who previously harassed Negros-based activist Christian Tuayon and his family.

Palabay said “Karapatan decries these continuing forms of harassment by suspected State agents in Negros and elsewhere in the country. These are shameless and illegal acts by cowards in uniform who publicly villify, fabricate charges and kill human rights defenders and political dissenters.” (Bulatlat.com)