From MDG to SDG, progress under review 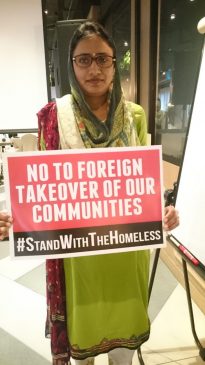 BANGKOK – The end of the first half of President Rodrigo Duterte’s term happens to coincide this year with the first review of progress of every country’s efforts to meet the Sustainable Development Goals (SDGs). It is a set of 17 growth and inclusion targets globally agreed upon by United Nations’ member governments. Taking off from the MDGs (Millennium Development Goals), its announced ultimate goal is to “leave no one behind” by 2030.
The first review covers about four years since the goals were globally set and agreed upon. It covers the entire length of time the Duterte administration has been in power after also having promised some change in the people’s lives.

Across the Asia-Pacific, fellow governments are citing this week their initial successes and laid-down mechanics to “localize” and meet the goals.

At the regional gathering of inputs for the first global review this year, the United Nations Economic and Social Commission in Asia Pacific (UN ESCAP) opened in Bangkok this Wednesday March 27, 2019 the Asia Pacific Forum on Sustainable Development (APFSD). The Duterte administration sent as representative Ms Rosemarie Edillon, undersecretary at the National Economic Development Authority who, last year, stirred up an outcry when she estimated a “hypothetical” example of P10,000 for a family’s needs.

On the first day of the forum, UN Deputy Secretary General Amina Muhammed cited the rising inequality among the population of Asia Pacific, home of the biggest number of the world’s billionaires yet most people lack access to social services.

Despite the fact that time is ticking, she said, the paradigm shift from the MDG to SDG is not yet complete. 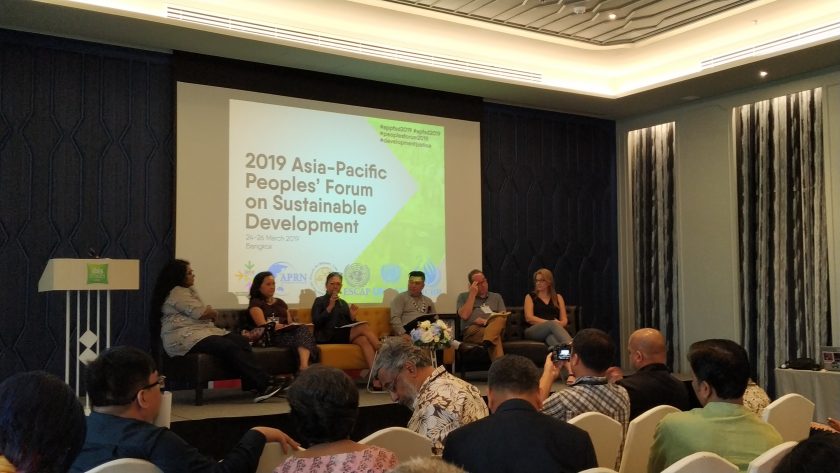 Muhammad’s fighting words at the opening of the Asia Pacific Forum on Sustainable Development are amplified and preceded by unity statements from more than 200 civil society organizations and people’s movement that gathered for three days in Bangkok to conduct their independent assessment and attempt to make the SDGs work.

Dubbed as Asia Pacific Peoples’ Forum on Sustainable Development, they represented constituencies, sub-regions and thematic groups with their issues and struggles in the Asia-Pacific.

These groups have succeeded in adding a regional mechanism that injects the United Nations’ “system” with bits of lobbied calls and content. The UN is reportedly encouraging the formation of similar regional mechanisms to enrich the “engagement.”

The UNESCAP opened the forum with a report that admits “Additional action is imperative and the inclusion and participation of marginalized groups such as women and youth must be part of our response.”
On the other hand, for the peoples’ forum, the calls go beyond participation and “leave no one behind.” They pressed the UN system to take more action toward “development justice.”