What about the 58th victim? 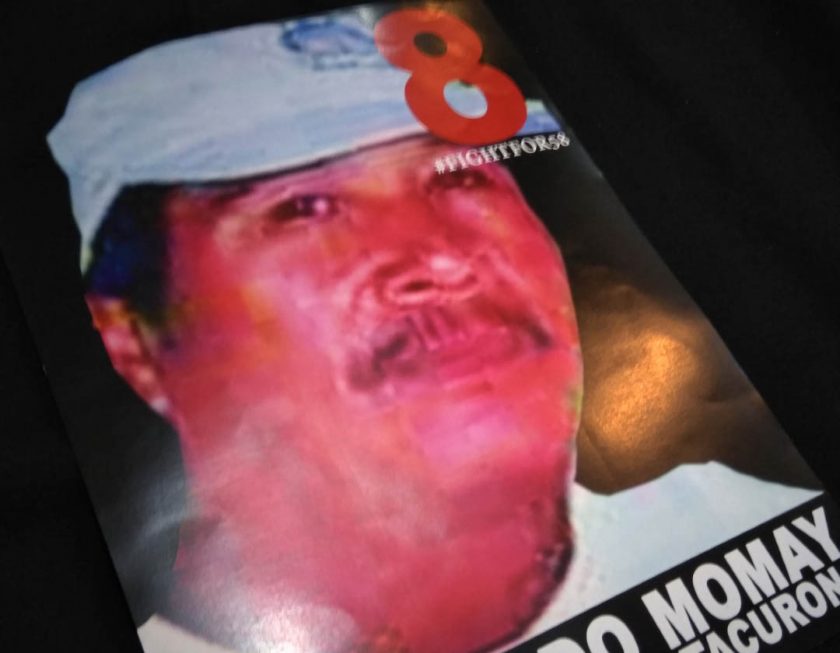 The court ruled that there is no evidence of the actual death of Momay. “He has no cadaver and neither was his death certificate presented on record,” the court ruled. The court added that the prosecution failed to establish that the dentures belonged to the 58th victim.

Momay’s daughter Ma. Reynafe Castillo’s statement was read during the press conference of the families following the promulgation. “I need justice for my dad. ‘Pag di kumpleto numero, ‘di kumpleto hustisya,” she said. (If the number is not complete, justice is incomplete.)

Nonoy Espina, chairperson of the National Union of Journalists of the Philippines (NUJP), said he was shocked to hear the court mentioning only 57 counts of murder. Espina said of Castillo, “She was very optimistic. I could imagine how devastated she is right now.”

Grace Morales, whose husband and sister were among the 58 killed, also expressed disappointment with the exclusion of Momay. “This is painful for us. We know the difficulties faced by each family.”

Jay Mark Jhoy Dulay told Bulatlat that Momay went with his father Jhoy Dulay to cover the filing of certificate of candidacy of Esmael “Toto” Mangudadatu on Nov. 23, 2009. Both hailed from Isulan, Sultan Kudarat.

“It’s saddening that he was not counted. We hope justice will be served for him too,” Dulay said.

The lawyers of the Momay family manifested in court they will file a motion for reconsideration to question the dismissal.

“Corpus delicti has been the basis of the court. But circumstantial evidence showed that he was there during the massacre,” Rachel Pastores of the Public Interest Law Center said when asked of her legal opinion.

Corpus delicti refers to the principle that there must be some proof that a crime has been committed before a person can be convicted of having committed that crime.