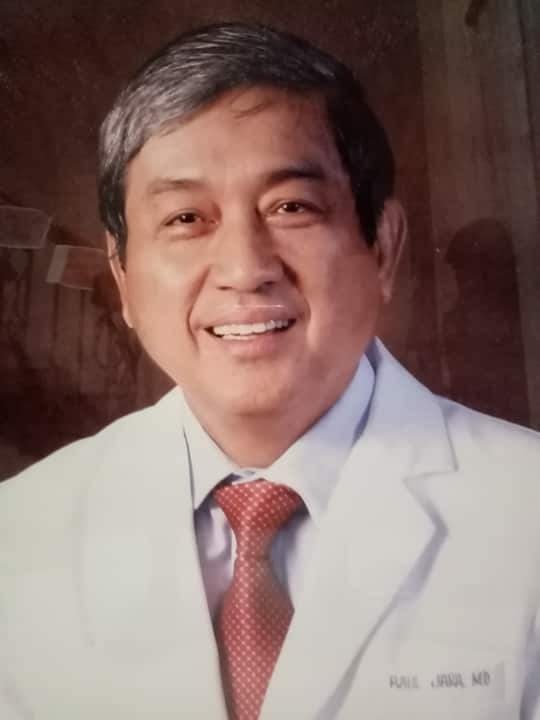 “One who has spent his life teaching. One who never got tired to impart knowledge and wisdom. One who made you sweat as he bombards you with questions but would suddenly make you feel at ease as he breaks into a smile.”

MANILA – Groups are paying tribute to one of the country’s top cardiologists who succumbed to the COVID-19 today, Mar. 24, at the Philippine Heart Center.

In a statement, the Philippine Heart Association expressed its profound sadness over his passing, saying that he was a “great father, teacher, mentor, poet, author, singer, colleague, friend.”

“One who has spent his life teaching. One who never got tired to impart knowledge and wisdom. One who made you sweat as he bombards you with questions but would suddenly make you feel at ease as he breaks into a smile,” the Philippine Heart Association, previously headed by Dr. Jara, added.

Jara graduated from the University of the Philippines. He served as former head of the UP Philippine General Hospital Cardiology training program. He later became part of the Philippine Heart Center, where he once headed its division on non-invasive diagnostic.

‘Tower of strength and leadership’

Jara’s daughter, also a doctor, Ling Jara-Salva said in a Facebook post that she will remember her father for being a “tower of strength and leadership.”

“His memory is not defined by how he died but how he lived,” Salva said, adding that her father dedicated his life to teaching and molding future students.

Describing the late doctor as “model husband and father,” Salva said Dr. Jara will continue to live in the hearts of his wife and five children, their spouses, and grandchildren.

“He has a garden in front of our house, where he takes care of his plants and his dream for us was to be like the branches of the trees, outgrowing their trunk,” she said.

The Jara family also expressed their gratitude to fellow doctors and health workers at the Philippine Heart Center, who “took care of him and have gone way and beyond their call of duty, as they treated him with compassion, like their own family.”

A teacher in the truest sense of the word

Earlier this week, cardiologist Jose Donato Magno resposted his 2013 entry on Dr. Jara, where he paid tribute to the late doctor whom he considers as one of his dearest mentors.

Dr. Raul Diaz Jara: The Blueprint of a Great Teacher

Today I felt like I lost a huge chunk of myself with the untimely passing of one of my dearest mentors. But I later realized that a part of me is now most certainly safe in the loving embrace of our Lord. Until we meet again—my mentor, defender, champion, father and friend… https://t.co/e4PkDPu1h2 pic.twitter.com/097lp71M4g

Magno said Dr. Jara “is known and sometimes feared” by cardiology students and trainees. His mere presence during conferences, he added, can “send either shivers down an unprepared presenter’s spine or waves of adulation from a promising protégé.”

“For him, the field of medicine was not meant for bystanders, but rather for those who actively pursue its truths and boldly face its controversies,” Magno said.

As such, Magno said Dr. Jara unwittingly gave him a “sneak peak into the blueprint of a teacher in the truest sense of the word–A teacher who strives for wisdom to attain mastery of the craft; a teacher who toils with fortitude to answer the difficult questions that lie ahead in his path; and a teacher who moves with gratitude to inspire his students in the pursuit of their own dreams.”

He is the fourth doctor serving the frontlines against COVID-19 to die. His death comes at a time when there is a strong public outcry to provide due protection to health workers.

In a statement sent to Bulatlat, Dr. Josh San Pedro of the Coalition of the People’s Right to Health thanked Dr. Jara for his contribution to the field of Cardiology, where he served thousands of patients.

Dr. San Pedro said that the CPRH will continue to “pursue the people’s right to health as we put into our hearts the legacy of Dr. Jara and other doctors who passed away in this fight against COVID-19.”