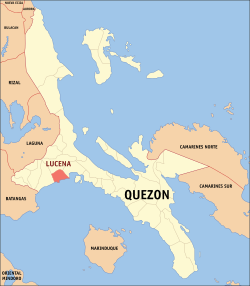 SANTA ROSA, Laguna – A farmer in Quezon province was arrested on May 4 while he was on his way home after being discharged from a hospital in Lucena.

Leoben Holeto, 19, was on his way home to Lopez, Quezon after undergoing a successful appendectomy. He, however, along with his mother, was barred from passing a military checkpoint manned by the 85th Infantry Battalion of the Philippine Army and was accused of being a member of the New People’s Army.

Holeto was later arrested and taken to a TESDA Training Center in Lucena where he is detained as of press time.

Human rights watchdog Karapatan Quezon assailed his arrest, stating that military “should be doing service to the people and assisting them in the fight against the pandemic” instead of going on an all-out attack against them.

A report from Karapatan Quezon also stated that Holeto and his mother were forced to cooperate, threatening them that they will be charged of murder and rebellion.

This is not be the first time that the 85th Infantry Battalion was criticized in recent weeks for harassing farmers in the Quezon province.

On March 16, a soldier harassed a tricycle driver in Barangay Olongtao Ibaba, Macalelon and accused him of being a so-called “NPA sympathizer.” Soldiers took his phone and searched his belongings at gunpoint. Meanwhile, a resident of Magsaysay village in General Lunda, Nomeriano Fuerte, was arrested on April 13 even without a warrant on a mere suspicion that he is a member of the NPA.

Residents, too, are being forced to admit that they are “NPA members.” On March 19, several residents of the municipalities of Lopez, Catanauan, Macalelon, Unisan, Agdangan, Padre Burgos, and Atimonan were presented to the public as NPA surrenderees.

In San Francisco, Lopez, soldiers forced residents to agree to the Enhanced Comprehensive Local Integration Program or E-CLIP, which supposedly provides a “complete” assistance to former rebels, including financial aid.

There were also at least three reports of ransacking, such as in the villages of Malabahay and San Vicente in the town of Macalelon and the house of spouses Romeo and Helen Llagas.

Karapatan Quezon and peasant group Tanggol Magsasaka – Timog Katagalugan are demanding Holeto’s immediate release, and for the “AFP and the Duterte regime to actually serve and protect the Filipino.”

The group said, “they have just proven once more than their supposed ‘work’ will never be in the service of the masses,” said Karapatan Quezon in a statement, “but rather for the satisfaction of their fascist overlords.”