The social basis of Filipino conservatism 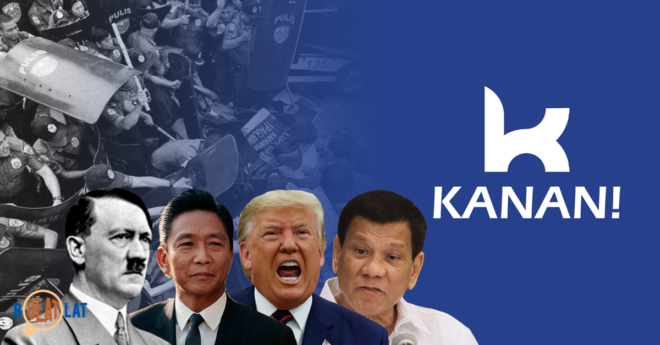 In the wake of Facebook’s recent shutdown of state-sponsored fake pages and accounts, it’s easy to overlook that there are other aspects aside from state fascism.

Since Duterte signed Executive Order 70 in December 2018, the National Task Force to End the Local Communist Armed Conflict (NTF-ELCAC) has busied itself with slinging misinformation and baseless accusations against progressives and mass organizations. Particularly, spokespeople like Lorraine Badoy and Antonio Parlade have been prolific in red-tagging critics and organizations as having “links” to the Communist Party of the Philippines.

But another dimension exists in the discourse. Within the Philippine right, a wave of “conservative” pages have seen traction, presenting a more “nuanced” argument against the “rise of left-leaning organizations.”

What do these pages stand for? As they define it, they promote free market capitalism and limited government intervention, while upholding God and His (always His) values and traditions as supreme. Most notably, they don’t rehash the same rhetoric as fascists; at least, not as openly.

Where do conservatives come from? Did they fall from the sky? No; conservative ideology is rooted in the status quo. Its cultural stance is in preserving the quintessential “Filipino” tradition; family structures, religion, cultural institutions, and so on.

Conservatism comes from liberalism, the idea that everybody has equal opportunity to life, liberty, and property. Conservatives thus extend this belief to the state and the market; the free market is the “great equalizer”, and the state’s job is only to protect these rights, not meddle in them.

The conservative worldview is one of equal opportunity, where an honest day’s work gets an honest day’s wage, and grit and cunning are the tools to success. Conservatism is the capitalist paradise.

It thus reacts poorly to those that challenge this worldview. Inequality is justified as laziness, and people who clamor for change are simply “woke” and participate in “cancel culture”. Conservatism is the glue that allows dead feudalism to hang on alongside bourgeois tradition.

Hence why conservatives seem so out of touch. “Free market capitalism and limited government intervention” are code-words for “neoliberalism;” the same destructive policy that has resulted in privatized essential services, landlessness, poverty, and development aggression. It ignores the reality of 21st century imperialism – where no market is free, and the idea that each person has an “equal opportunity” is nothing but a libertarian pipe dream.

Conservatives ignore the material conditions of much of the world. It is an ideology that serves only those who benefit from neoliberal “free trade” and feudal culture – big bourgeoisie, landlords, and the imperialist system. Meanwhile, conservatism is an insult to the farmers, workers, women, urban poor, and everybody else exploited by the former.

It sells the capitalist lie that “if you work hard enough you’ll make it in life,” conveniently omitting the reality that society isn’t nearly equitable enough to allow that. It clings to backwards traditions at the expense of scientific proof, such as climate change, abortion, and LGBTQ+ rights, and uses religion as a justification.

Conservatism is the ideology of reaction, and conservatives are reactionaries, or people deluded by them.

Filipino conservatism is synonymous to fascism

On September 14, an organization called Conservatives in the Philippines posted a statement in support of NTF-ELCAC and Badoy’s “crusade against communist rebels and their fronts.” Its youth wing, Kanan Kabataan, has repeatedly expressed support for both NTF-ELCAC and butchers like Jovito Palparan, lauding their “anti-communist crusades.”

On September 22, Conservatives in the Philippines posted a statement about the “importance of shared family dinners,” along with a quote from Relissa Lucena. Lucena has long associated herself with Hands off our Children and has gone on record to accuse her own daughter of joining “a communist front organization.” Another Facebook page, Conservative Philippines, has continually expressed support for US President Donald Trump and his “alt-right” policies, while constantly posting about the dangers of “socialism and communism.”

All of these reveal the truth of conservatism in the Philippines. The people these pages associate with are willful agents of fascism, or are themselves fascists. But “conservatism isn’t fascism!”, they would argue, and they would be right.

Conservatives are not fascists; they are not brave enough to admit who they are.

Showing support for NTF-ELCAC does not automatically make you a fascist, but NTF-ELCAC is a fascist machinery in the business of oppression and extra-judicial murder. Making memes about Jovito Palparan is no qualification for fascism, but Palparan was an evil dog and the Arroyo regime, his master. Talking about family dinners is the last thing a fascist would do, but Relissa Lucena actively participates in creating an environment dangerous to critics and dissenters, which is the first thing a fascist would engage in.

Indeed, if these “conservatives” were sincere in their ideology, they would immediately denounce Duterte for overstepping his authority and destroying the very conservative ideals they held dear.

But this is the true nature of “conservatism”, as these groups put it: it is not fascism, but merely the step before. It is the outermost layer surrounding the machine built by Duterte and his cohorts, and of the class that enabled him to survive.

We must therefore expose these “conservatives” for what they are. Filipino conservatism is a new coat of paint over the spilt blood of fascism. Our job is to remove and clean, both the paint and the blood underneath.

In an increasingly partisan Philippines, we must redouble our efforts to arouse, organize, and mobilize the masses. Pseudo-conservative and proto-fascist ideology does not serve the objective conditions of Filipino oppression. And as conservative wonder boy Ben Shapiro would say, “Facts don’t care about your feelings.” (Bulatlat.com)