Artists give voice to the poor’s woes during quarantine 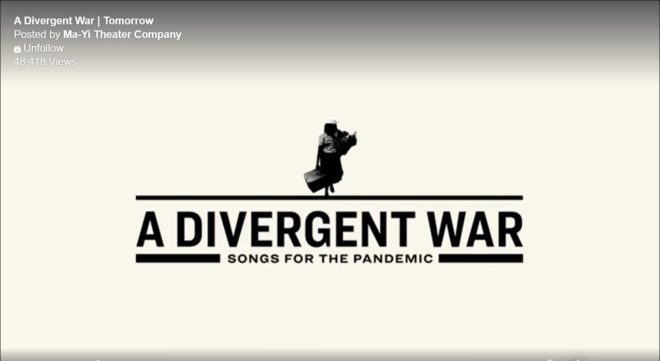 The songs try to “capture the struggles of poor communities in the Philippines subjected to their government’s Enhanced Community Quarantine rules.”

MANILA — As the suffering of the ordinary Filipino increases with the worsening of the COVID-19 pandemic in the country, artists endeavor to capture the pain and anxieties of the poor and the vulnerable through songs, paintings, and other crafts, at the same time highlighting the corruption and greed of people in government who are taking advantage of the crisis in order to enrich themselves.

One such group is the U.S.-based award-winning Filipino-American theater group Ma-Yi Theater Company, which, since its founding in 1989, has come up with numerous productions and adaptation of works by Filipino writers as well as of other Asian American writers.

Through Ma-Yi Studios, its digital streaming platform born as a response to the COVID-19 pandemic, the company released a series of five songs in Filipino under the heading, “A Divergent War: Songs for the Pandemic.”

The songs are recent works of poet and lyricist Joi Barrios-Leblanc put into song by Fabian Obispo, under the direction and accompaniment of Ejay Yatco and performed by various artists of the company.

Three songs have been released as of writing – Poverty (Awit ng Maralita), Cleansing and Distancing (Awit ng Paglilinis at Pagdidistansya), and Tomorrow (Awit ng Pagtanaw sa Bukas). To be released are Awit ng Pag-ibig and Awit ng Hinagpis at Galit.

The songs try to “capture the struggles of poor communities in the Philippines subjected to their government’s Enhanced Community Quarantine rules,” an announcement from Ma-Yi Theater revealed.

The first song, “Poverty,” is performed by Joshua Cabiladas with animation by Max Canlas. The animation tells of the story of Rodel Canas, a young father who walked for three hours under the scorching heat of the sun while carrying a small box containing his 32-day-old dead child. Aside from the burden of carrying his child home from the hospital, he also received a P245,000 (US$5,058) hospital bill, a huge burden for a construction worker who lost his job because of the unsuccessful draconian Enhanced Community Quarantine (ECQ) imposed by the government in order to stop the spread of the virus.

The song makes us reflect on how the “ECQ is disproportionately cruel to poor communities that have no means of transportation and must rely on weekly government handouts of a two-pound sack of uncooked rice and two cans of sardines,” the introduction to the song mentioned.

“Cleansing and Distancing” highlights the impossibility and impracticality of practicing social distancing in communities where families are cramped, or the choice of buying alcohol or sanitizers over food.

“A government that fails to provide for its neediest citizens while imposing cruel penalties for non-compliance betrays its most essential duty,” the song’s introduction bared.

The third song that has been released is “Tomorrow,” performed by Rafa Siguion-Reyna. The song gives voice to the uncertainty brought about by the pandemic as many of the freedoms enjoyed had to be suspended in order to curb the spread of the disease.

“These agonizing realities are made worse by the government’s Enhanced Community Quarantine, which strangles poor communities by depriving them of work, public transportation, and in many cases, an adequate supply of food,” the song’s introduction stated.

“Despite these hardships, we all have an opportunity to take control of our future by engaging with what is happening around us and taking an active role in demanding accountability from our elected leaders,” it continued.

The songs can be viewed for free through their website ma-yistudios.com or their Facebook page, @MaYiTheaterCompany. Two more songs are scheduled to be released in the coming days.

Ma-Yi Theater Company said it hopes to engage theater makers to be ” active local partners to the diverse communities that inspire them, while also participating in larger, global conversations about our roles as artists/citizens.”