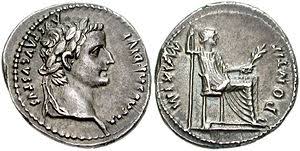 15 Then the Pharisees went out and laid plans to trap him in his words. 16 They sent their disciples to him along with the Herodians. “Teacher,” they said, “we know that you are a man of integrity and that you teach the way of God in accordance with the truth. You aren’t swayed by others, because you pay no attention to who they are.17 Tell us then, what is your opinion? Is it right to pay the imperial tax[a] to Caesar or not?”

18 But Jesus, knowing their evil intent, said, “You hypocrites, why are you trying to trap me? 19 Show me the coin used for paying the tax.” They brought him a denarius, 20 and he asked them, “Whose image is this? And whose inscription?”

Then he said to them, “So give back to Caesar what is Caesar’s, and to God what is God’s.”

Taxation is the lifeblood of the economy. It is the main source of every state to fund projects and services to improve the lives of their citizens. Taxation, and taxes per se, are not bad. But historically, dating back from the Philippine colonial past, taxation has been used to further subjugate and control people. The tributo imposed during the Spanish time was forcibly collected from the majority poor Filipinos as their sign of subjugation to the Spanish King. This system was continued by the succeeding colonizers thereafter.

It is not right nor appropriate for the Roman rulers to inscribe their faces on the denarius to mark their possession. How is it different from the Spaniards who demanded tributes (a part of the people’s produce) from the people just to express allegiance to the King?

This culture of deep sense of subservient gratitude, indebtedness and servility has deeply been ingrained in our consciousness. Every time government officials implement public projects (pabahay, farm-to-market roads, construction projects, direct services to the poor), we feel so obligated to express gratitude albeit indebtedness (‘utang na loob’). To put things in perspective, isn’t it through our taxes that these projects are mainly implemented? Aside from people’s taxes, the government also get revenues from the earnings taken from the country’s natural resources. Those natural resources are not private resources but collective assets of Filipinos. These are public wealth. The people’s funds in the nation’s coffer are not the politicians’ but of public. I find it anomalous therefore to see tarpaulins posted by the road side, even bigger than the constructed projects, to pay tribute to the officials who carried out these projects. The long-ruling political dynasties have capitalized on this culture of patronage politics to stay in power for decades.

Friends, we do not need to feel indebted to public officials who gave us food packs at the height of the Enhanced Community Quarantine (my 80-something year-old lola was asked to queue in our barangay covered court to get food pack, for heaven’s sake! Could they not create a system that is humane and caring ). We do not need to feel indebted to our public officials when enrolling or enlisting our children for scholarship programs, for giving us livelihood, building gigantic physical infrastructures, or improving transport system. We can be grateful for a rightful implementation of public projects, why not. But let us remember this, when we pay our taxes, we are doing our duty as citizens. It is an obligation of the state to render the services to people – education health, infrastructure, and other social and economic services. We entrust to the leaders our taxes in the hope that the government will manage this with honesty and accountability. This is not, and will never be a tribute to them, or a sign of our allegiance to them.

The “ano ang ambag mo?” (what’s your contribution?) rhetoric being proliferated in social media platforms by the people bashing those who raise legitimate demands to government is also bothering me. Have we become truly blind or desensitized of what we, the people, should rightfully receive? Opting to argue with this question is rather choosing to glorify the little thing the government can give to the public, while dismissing the legitimate assertion of those who are neglected. It would be insensitive to ask this question to those who go through the experience of long queues at train stations every morning, and will have to be in an inhumane, awkward situation of almost-swaping-of-faces-to-another inside the trains. We cannot simply ask ‘ano ang ambag mo’ to the OFWs stuck in quarantine facilities. We cannot ask the question to the hungry residents of North Triangle who needed to stage a flash protest to assert their right to receive food assistance during the ECQ. I can mention more, but my point is, we cannot uncritically throw this question, when their suffering is a result of a poor, corrupted management of the public funds by government officials. Truth told, the people have faithfully done their “ambag” already, it is time for the government to return back what we have entrusted them like our taxes and not to mention our long patience.

Now I am reminded of Baby River Emmanuelle, daughter of jailed urban poor organizer Reina Nasino. Reina carried Baby River in her womb while in jail. She was charged with trumped-up charges as her name was not in the warrant of arrest when the police raided their office. Some say that she was just in a wrong place at a wrong time. That trivializes the issue. It is a state practice to harass and arbitrarily detain persons and slap them with trumped-up charges; it is simply human rights violation. And so she gave birth to Baby River while in detention. But after barely a few weeks, the court ordered their separation. Baby River had to live with her lola while he mother Reina is behind bars. One reason given is that the detention does not have a facility for the required exclusive breastfeeding. Note that Reina was never given any medical checkup during the duration of her pregnancy. On her third month, Baby River was rushed to the hospital because of pneumonia. Not long after, the baby died without seeing her mama. River’s death opened the issue not only of the unjust and illegal detention of political activists, but also the budget allocated to jails so that people deprived of liberty are still accorded with rightful services while in detention. I invite you to ask deeply then, why did Baby River die?

The denarius shown to Jesus in the text bear the image of Cesar marking his rule, territory and possession. But this is a marking of a ruler who wanted to dominate over, just as how our leaders mark their projects as if it came from their own pockets. Emperor Ceasar believed in the Roman myth that it is his divine right to receive tribute, as a form of worship to him. The Emperor believed himself as god. This myth circulated and propagated in the Roman world. The taxes symbolically function as a gesture of submission to the divine, supposedly for their protection, an ancient belief that gods cause harm to those uncovered by the imperial god. But just as how we own the public money today, the denarius was from people’s money. In that sense, Cesar did not really own anything – just as how our leaders own nothing from the people’s money. When Jesus said ‘give back to Caesar what is Caesar’s,and to God what is God’s” he was actually saying that God Yahweh, the Israelites’ God who saved from Egypt’s subjugation, owns everything (remember the creation story), and that means that the Roman Empire or Emperor Cesar owns nothing without them. Jesus’ reply “So give back to Caesar what is Caesar’s, and to God what is God’s” is a subtle radical announcement of the moral bankruptcy of the Roman empire in opposition to the Kingdom of God. The message alludes to the place and time when the Israelites have no other gods but their own Yahweh. It is inciting a blood rush of distinct peoplehood in a situation they are forced to be assimilated in the Roman empire. Jesus is reminding them subtly that they are a people who do not have to be bowing in any other god but Yahweh.

Again, paying taxes is not bad. It is every citizen’s duty. However when taxes are enforced to exploit and abuse the already over-burdened poor, taxes become an immoral tool of exploitation. The situation becomes abusive when taxes are used as a source of power play of the Cesars” – to command allegiance and support from the people. This bureaucratic depravity is an erosion of moral ascendancy. Cesar had nothing to possess, and so our government today. We entrust to the government the management with honesty and accountability, and when it is not delivered through genuine economic and social services, it is rightful and just for the people to claim the much needed services and demand accountability over the betrayal of public trust.