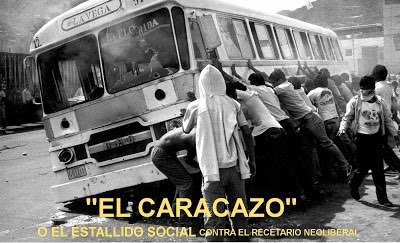 A grand vision of society shaped the humble beginnings of President Nicolas Maduro. Like too many workers around the world, he had and continues to have lofty goals for the working class. He began dreaming for the people of Venezuela as a bus driver. His humble beginnings are part and parcel of the grand Bolivarian process fought for by Bolivar and valiantly continued by Chavez.

A viral video on Twitter posted by the Nicolas Maduro account features a footage of the president driving a bus. He claims, “After 30 years of great struggles, I remain the same man, with the same feelings of love and loyalty to the people. Today, I am at the forefront of the wheel of the Homeland, leading Venezuela toward the future of greatness.”

President Maduro continues to push for the goals he had as an ordinary citizen, only now with state power that holds fast to the Bolivarian Revolution. It is a revolutionary process committed to a communal economy that transfers economic planning from the hands and interest of capital to the collective aspiration and will of the people.

Thirty two years ago, the first popular rebellion against the International Monetary Fund (IMF), now known as El Caracazo took place in Caracas starting on February 27, 1989. The plummeting of global oil prices in the 1980s resulted in inflation and economic contraction in oil-rich Venezuela. During the global oil boom, the elite-controlled Venezuelan government accrued massive foreign debt from the purchase of foreign refineries such as Citgo in the U.S. The newly-elected President Andrés Peréz implemented a fiscal austerity package prescribed by the International Monetary Fund to bailout the Venezuelan business elite and their foreign monopoly counterparts.

The bailout meant strangling the common people, making them pay for the crisis caused by the profit logic governing basic industries like oil. Undertaken through government corruption, multilateral agreements and foreign direct investments, earnings from key industries are monopolized by a minority in order to keep the majority in an impoverished state.

The Peréz government on February 26, 1989, through the Ministry of Energy and Mines, announced a 30-percent increase in both gasoline and public transport effective February 27 valid until the next three months; and a 100-percent increase after the said deadline. This enraged the Venezuelans and sparked El Caracazo, which exposed a contradiction in Venezuelan society: it has one of the richest oil reserves and natural resources in the world and yet Venezuelans are poor.

On February 27, 1989, Venezuelans rejected this situation and stormed the streets of Caracas. The protesters fought back and took back the streets as well as supermarkets, all kinds of shops and supply stores such as furniture, liquor, meat, computer, and even banks.

It is estimated that from February 27 to March 9, the Metropolitan Police and the National guard suppressed the protesters by using about four million bullets. El Caracazo was a massacre with only an “official count” of 276 people killed yet to this day, a total of 3,000 people are still missing.

But more than just a massacre, El Caracazo leaves us an important legacy. It is one of the first insurgent mobilizations against the global ruling elite’s project of neoliberalism at a time when most governments, NGOs and bourgeois economists were preaching about and crafting policies based on the free market’s trickle down mechanism.

El Caracazo in 1989 and the current Bolivarian Revolution in Venezuela show that resistance to imperialist plunder and mass immiseration and murder of the people through the IMF-WB and the whole neoliberal project is possible and the absolute right and duty of the people.

The power of the Bolivarian process lies in its strength to unite the Venezuelans and the peoples of the Global South against Yankee (United States) imperialism. In the past years, no other country in the world has struggled against US-sponsored regime change, its killer sanctions and the suffocating grip of neoliberalism like Venezuela has.

The resilience of the Bolivarian Revolution is only an enigma and/or a debatable matter for liberals, reactionaries and other pro-imperialist elements. But the peoples of the world who are determined to defeat fascism and imperialism; and build genuine democracy toward a bright socialist future know why Venezuela persists. The Bolivarian process in Venezuela upholds people’s rights to health, housing, food, education and full political participation in crafting state policies that affect the lives of the majority. And we know so because these are the same struggles we are waging in the name of our people and future.

Sarah Raymundo is a full-time faculty at the University of the Philippines-Diliman Center for International Studies. She is engaged in activist work in BAYAN (The New Patriotic Alliance), the International League of Peoples’ Struggles, and Chair of the Philippines-Bolivarian Venezuela Friendship Association. She is a member of the Editorial Board of the Journal for Labor and Society (LANDS) and Interface: Journal of/and for Social Movements.