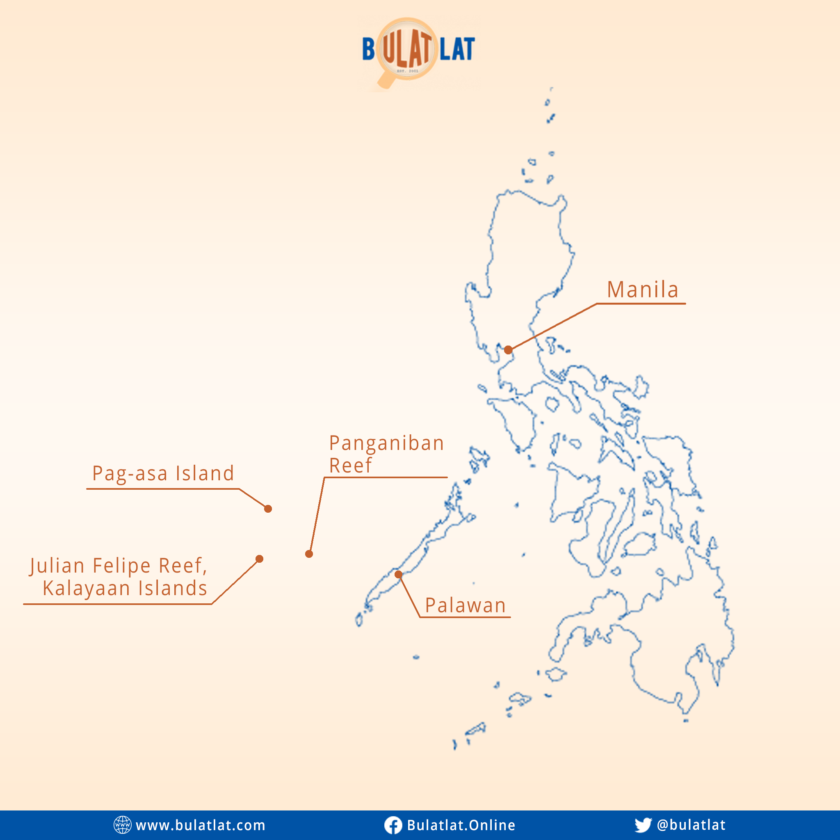 MANILA – A Filipino fisherfolk group urged the government to drive away the reported Chinese militia vessels in the country’s exclusive economic zone in the disputed West Philippine Sea, calling it a “blatant show of force, bordering to military aggression.”

“Monitoring like sitting ducks will not drive away the Chinese vessels in our waters. The government must do decisive action to confront and expel these vessels which signify all but display of military might,” according to the progressive fisher’s group Pambansang Lakas ng Kilusang Mamamalakaya ng Pilipinas (PAMALAKAYA).

On Sunday, the Philippine government expressed concerns over the more than 200 Chinese vessels moored at a reef in the West Philippine Sea.

The Philippine Coast Guard said that the vessels, reportedly manned by Chinese militia, were first seen on Mar. 7 at the Julian Felipe Reef.

With no fishing activities and their white lights turned on at night, even the Philippine defense department said it is a “clear provocative action of militarizing the area.” This amid China’s expanded Coast Guard Law, which maritime experts said could escalate disputes in the West Philippine sea.

The Philippine government has filed on Sunday evening a diplomatic protest against China over the mooring at the West Philippine Sea.

“The Chinese vessels should set sail away from our territorial waters immediately. They have no business here as they violate our sovereign rights and cause environmental destruction of our marine resources,” he said.