You Are Here: Home → 2021 → July → 17 → Youth group alarmed over ‘continuing culture of violence in military institutions’ 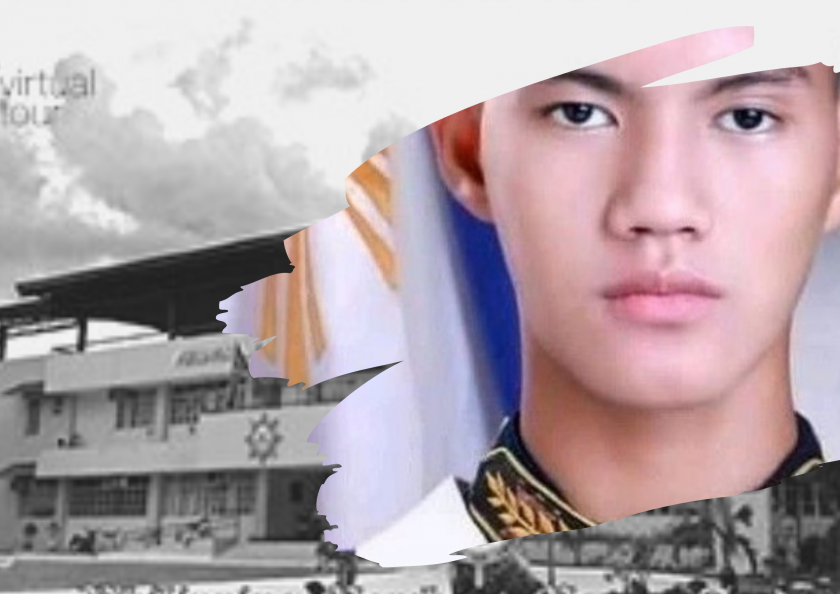 MANILA—The culture of violence in the country’s military institutions continues to be evident in an alleged case of maltreatment and hazing resulting in the death of a cadet – this time from the Philippine Merchant Marine Academy (PMMA).

Jonash Bondoc, 19, was found unresponsive in the school restroom early morning of July 6. Initial findings showed that he suffered serious head injuries after he was allegedly punched by Midshipman Cadet 2nd class Jomel Gloria during a “traditional recognition” of Mindanao’s underclass cadets.

Such unfortunate incidents show how the culture of violence prevails and is normalized in police and military academies, according to student activist and campaign coordinator of the National Union of Students of the Philippines (NUSP) Coleen Mañibo.

“Cadets begin to imbibe fascism this early, instead of embodying their mandate of serving and protecting the Filipino people. It has become so easy for them to be violent towards ordinary people,” said Mañibo in a phone interview.

She added that trainees can bring this to their families and their immediate communities, as such violence is instilled as “normal.”

Bondoc is among the many apparent victims of hazing and other forms of maltreatment that have happened within the walls of the Philippine Military Academy (PMA) and the PMMA.

In 1981, Andres Ramos Jr. was beaten to death by his upperclassmen. One of those involved was sentenced by the military court to five years of hard labor while another was suspended from the academy for a year for not reporting the incident.

Another cadet, Ace Bernabe Ekid, was rushed to the hospital in June 2000 after collapsing in war games in a Marine facility in Ternate, Cavite. While hazing was ruled out, his family and friends said he was singled out and subjected to hazing by his upperclassmen.

In March 2001, cadet Edward Domingo was beaten to death as part of a so-called “rite of passage” to his second year in the academy.

The most recent reported case was 20-year-old Darwin Dormitorio who was reportedly humiliated, tortured, punched and kicked by his fellow cadets. Last Sept. 18, Dormitorio died of cardiac arrest. Currently, suspects of Dormitorio’s killing have been arrested and indicted for charges of murder and hazing.

Fears of whitewashing of investigation

The San Narciso police, currently handling the investigation, filed homicide charges against those behind Bondoc’s death. However, his family believes that graver charges should have been filed.

In a Philstar report, Glaiza Bondoc said the bruises her brother had, per the Zambales City Crime Laboratory Office, revealed he died from hazing.

“Did they happen to just hit him twice, and that he immediately collapsed after that? My brother was physically fit,” said Glaiza.

The family could no longer submit Bondoc’s remains for further forensic investigation as he was cremated after he supposedly tested positive for Covid-19. This the family doubted since he tested negative on July 4, as part of his clearance for his planned visit to their Butuan home.

“This is not a case closed yet. We want them to dig deeper. We want justice for our brother. So we are really calling out for just help because we can’t just let this be another dead body and just sweep it under the rug,” Glaiza said in a news report.

A look into anti-hazing law

To address the issue of hazing-related deaths in the country, the Philippine government passed the Anti-Hazing Act of 2018 that prohibits any form of hazing in fraternities, school and community-based organizations.

However, the Implementing Rules and Regulations (IRR) for the said law is yet to be released.

Mañibo said although the essence of the said law is good, it is still important that the people remain critical of its provisions and demand that the law will be implemented correctly.

The NUSP member also said that, other than enforcing laws, the government should “lead by example” and dismantle its fascist practices.

Mañibo said, “How can smaller institutions veer from this when the administration itself is fascist? They are bound to copy what they see from the country’s highest governing body. For this culture of violence to finally be put to a halt, fascism must be stopped as well. (JJE, RVO)