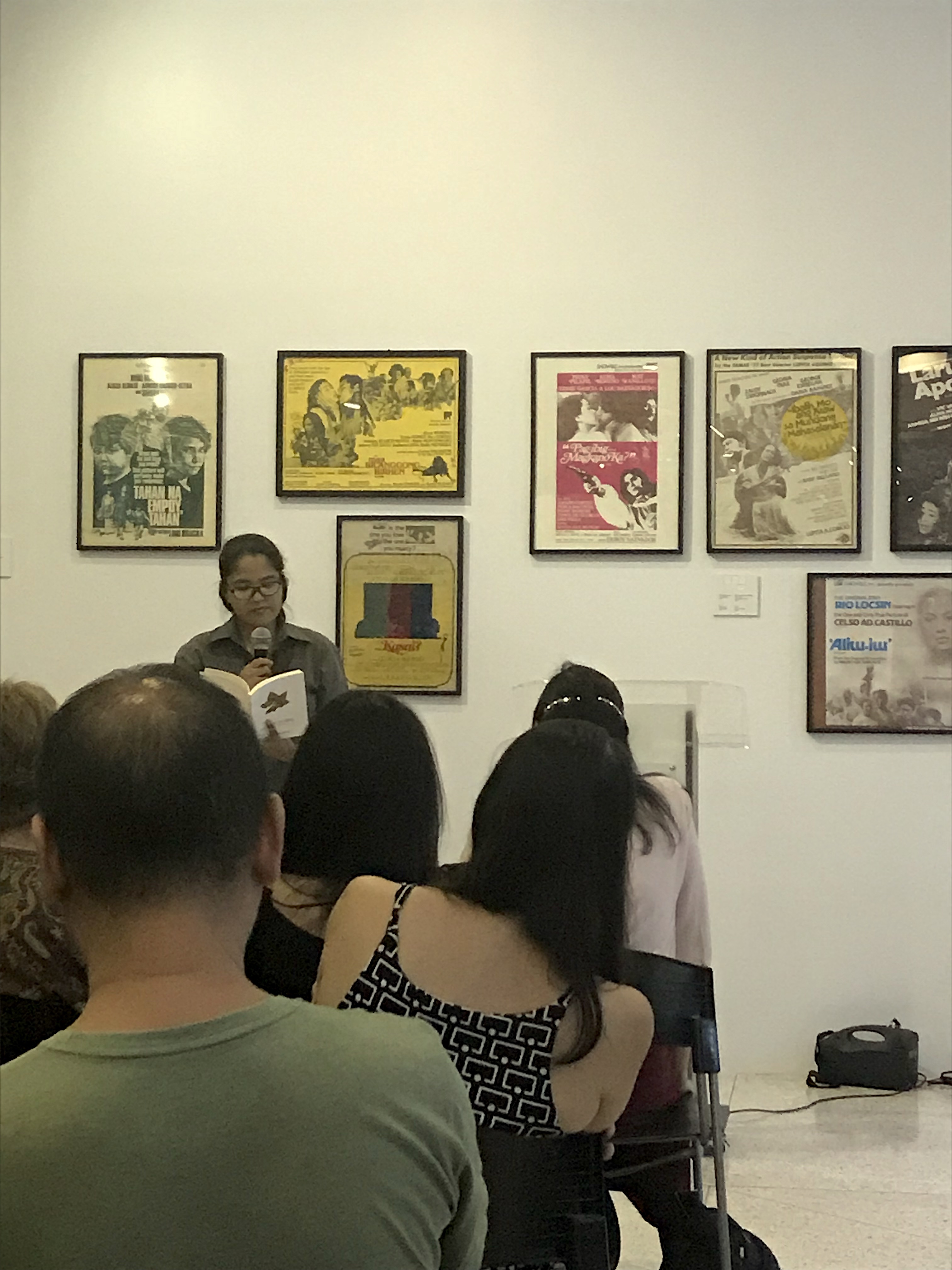 Naabutan ko siya bilang kapwa manunulat sa Kule, o Philippine Collegian, a place where campus journalists and artists of diverse leanings always converged and collided on occasion. She signed up as a writer for the Kultura section in 1997 or 1998, then served as managing editor.

Before that, Kerima Lorena Tariman’s name as a published poet-activist was, already, almost legendary in repute. She always carried herself otherwise: upfront with a steely demeanor softened by almond-shaped eyes, and up close with both wordplay and wit that was very irreverent, grounded, light.

Kelot, as some came to call her, moved in and out of presswork at Room 401 of Vinzons Hall: venturing to the adjacent wing now known as the Lorena Barros Hall, Vinzons Hill, the Sunken Garden. She had long hair and dressed simply: jeans, a shirt, mojos or rubber slippers, as in tsinelas, long before such footwear became gentrified as flipflops. Her poems kicked you in the gut, always somewhere deep.

While doors in the art world were open for one with her calibre and upbringing, she looked for windows to the world beyond Diliman. Lagi siyang nag-aayaya, kahit siguro challenging, sa mga katulad kong walang pakialam. There was always something on the table: a play about a massacre in Samar, a documentary on the history of Philippine society in revolt, a discussion. Whenever I did not seem to get it—which was often—she let it be and maybe trusted that I would, in due time. When my bull-headedness landed me at odds with activists early on, she kept a respectful distance and lines open. Trying to thread through these discrete memories of her quiet tenacity years later, it struck me that there is a term for that: politics in command.

From writing bylines she became the headlines herself, with her arrest while integrating in Isabela’s peasant communities in 1999. To have a brush with state fascism firsthand, like what is happening today, must have been a turning point.

Kelot comes to mind whenever I hear certain songs of that time, such as Cynthia Alexander’s Knowing There is Only Now or Alay Sining’s Balang Araw. But I also remember her whenever news of how the most oppressed of people fight back against mining and feudal oppression, for food, land and life, across Samar, Isabela, Tarlac, Negros, Bicol, and who knows where else. There were a few years when one saw, or sensed, more of her at work, out of nowhere: a blog of reviews, a screenplay, a book of poetry, a manual for agricultural production, talks. She moved in and out of islands and projects like a fish gliding through water or a bird through air. 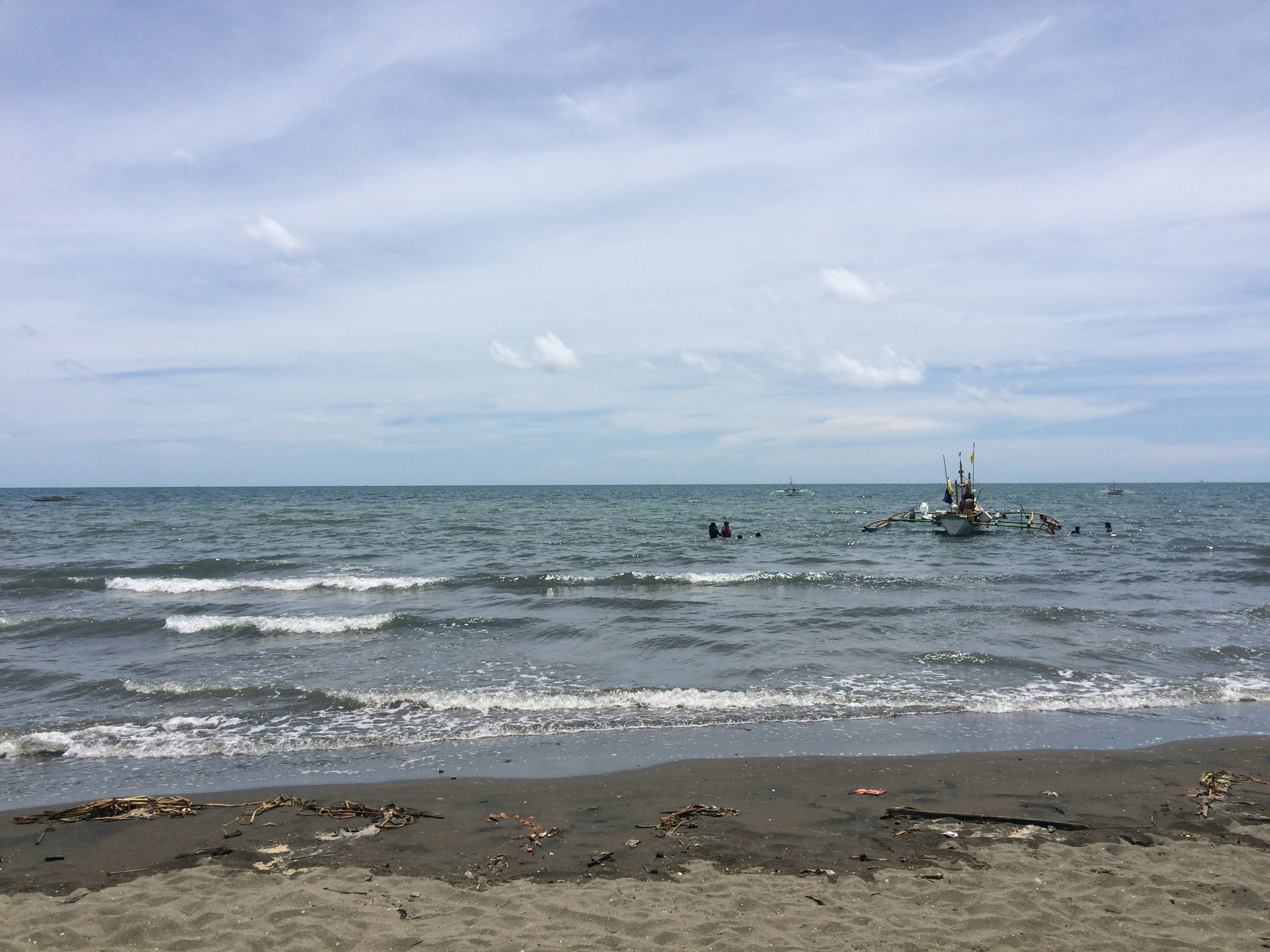 Words written from afar are not always enough to fully bear witness to the whole life of a revolutionary, fleeting and fragmented as these encounters are. I wager that Kelot saw enough across these journeys to know the weight of the world, carrying it lightly and willfully as a Red fighter.

At the back of my mind, I dreaded but also accepted that a day for farewells such as this was always in the horizon, just as it is for any of us on this earth. The state treats Kelot and her kind like weeds, but forget that those who wage dissent against injustice are seeds. Or spores.

Those deeply invested in the project of disinformation and capitulation are, like carrion, taking this instance to brand her as a brainwashed terrorist, an extortionist, a lost cause, and other masasamang words. There is nothing farther from the truth, if we go by the sharpness of her poetry and the chronicles of her life: all inflected with a sense of purpose, survival, and integrity.

Kerima was the epitome of what an artist and cultural worker, at this point in a nation’s history of revolutions, can be. She was in it to win a war. She wrote poetry rooted in the practice of continuing dissent. She translated the works of Filipino revolutionary poets in English or other languages to Filipino. She theorized and wrote criticism with the aim of shaping society. She kept abreast and supported the works of fellow cultural workers in solidarity. She immersed and lived with the masses and stood with them, wielding art as an affirmation of that commitment. 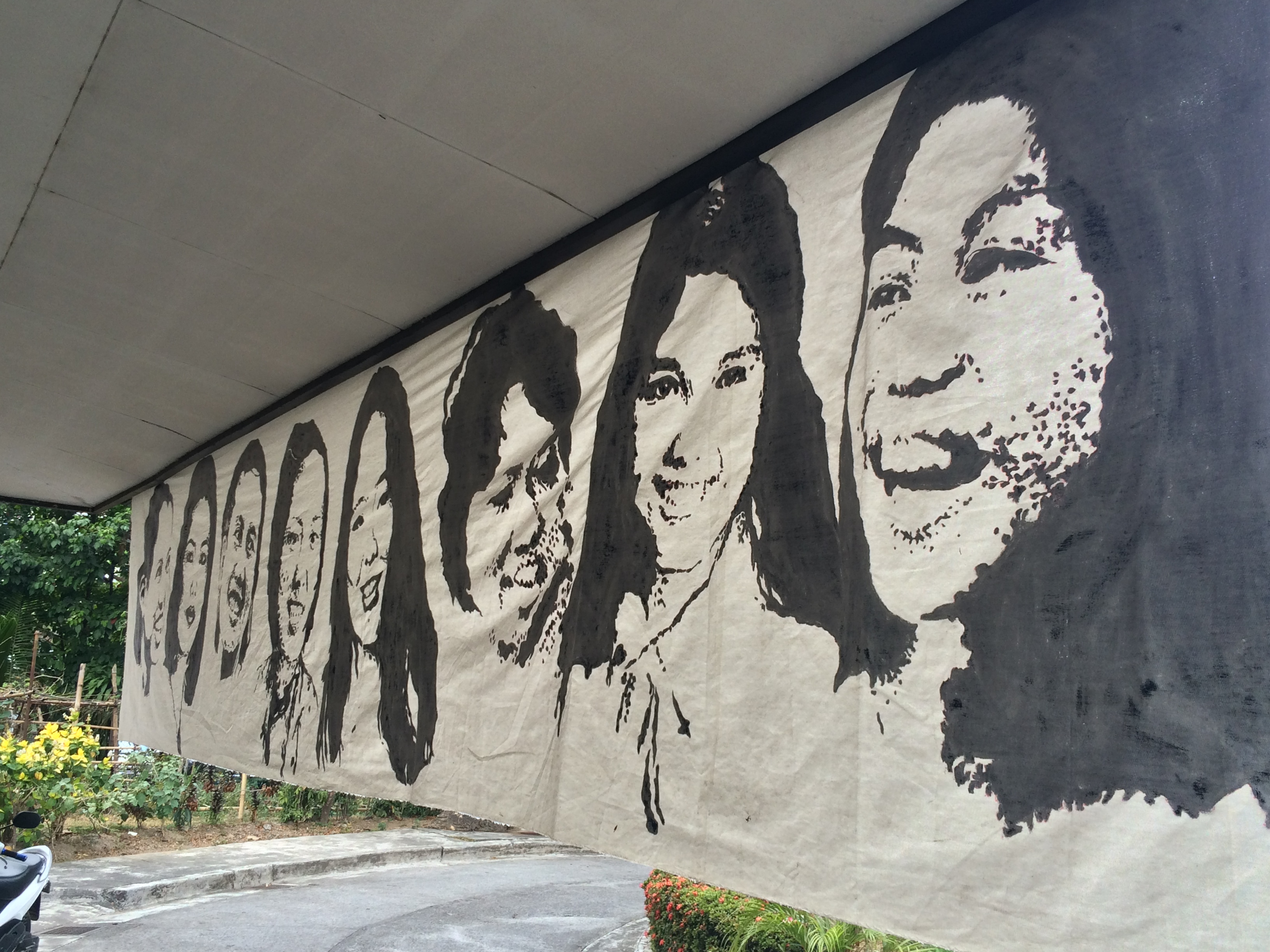 She was born in 1979, three years after the killings of Barros and another salvaged poet she admired, Emmanuel Lacaba. Translating his Open Letters to Filipino Artists (1975-76) some years back, Kelot perhaps penned the best elegy that can be offered in her memory: