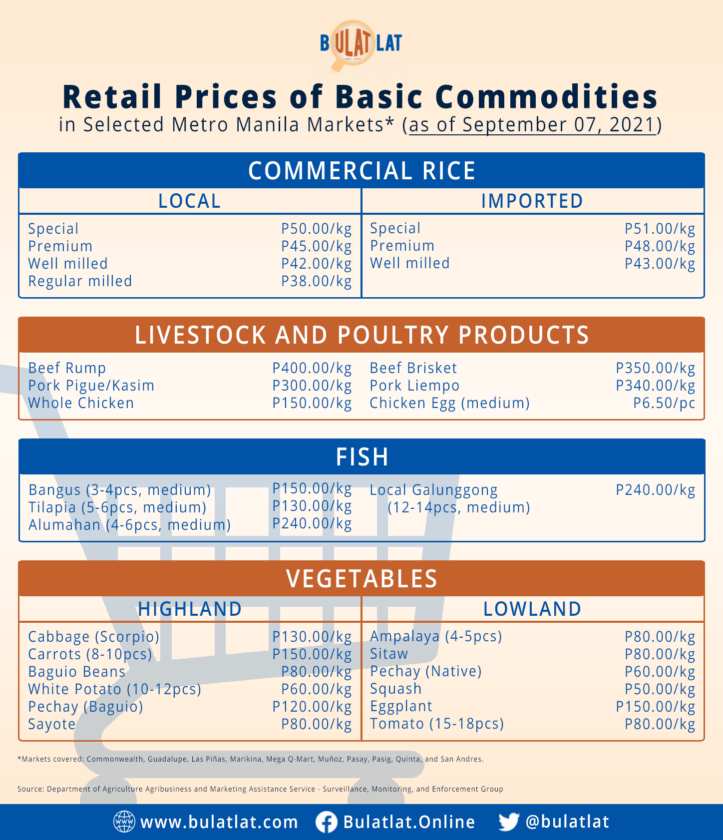 MANILA – A women farmers’ group urged the Duterte administration to rechannel the proposed P30.46 billion ($607.5 million) budget for the counterinsurgency agency to subsidize food production instead.

In his last year in office, President Duterte is asking for a $607.5 million budget for the National Task Force to End Local Communist Armed Conflict (NTF-ELCAC). This is a 62-percent increase from its P19 billion ($379.6 million) 2021 budget.

“The Duterte government’s proposed 2022 budget is meant for killing farmers, peasant women, and activists with bullets and the impoverished Filipinos with hunger. The people’s hard-earned taxes should be spent for food production and not for killing machines especially during the pandemic when millions of Filipinos are being pushed deeper into poverty and hunger,” Amihan secretary-general Cathy Estavillo said in a statement.

In the last 10 years, there has been no significant improvement in the nation’s food security. Sixty-two percent of Filipinos suffer from moderate to severe food insecurity as reflected by government data from the Food and Nutrition Research Institute of the Department of Science and Technology.

Amid the pandemic, the government’s counterinsurgency arm has continued with its red-tagging spree, pushing activists and lawmakers to call for its defunding.

With the budget deliberation still ongoing, Estavillo, who is also the Anakpawis Partylist secretary general and Bantay Bigas spokesperson, noted that if the proposed fund for NTF-ELCAC may also be used to subsidize palay production and distribute a one-hectare agricultural land to 672,376 Filipino farmers.

Kilusang Magbubukid ng Pilipinas Chairman Emeritus Rafael Mariano explained that there is a need to evaluate and validate whether the agrarian reform beneficiaries remain in actual possession and control over awarded land.

According to Amihan, the Duterte government’s distorted priorities reflect an outright brutality and insensitivity over the worsening conditions of peasant families and marginalized sectors.

“The budget is more than enough but is denied from the people. Our calls for aid, livelihood, and food have been answered with violence,” Estavillo added in Filipino.

Under the Duterte administration, at least 340 farmers including 45 peasant women have been killed while 65 were illegally arrested and detained.

Amihan also noted that the calls for production subsidy amid the pandemic have yet to be acted upon.

“It is infuriating that since last year, farmers and fishermen have been calling for a production subsidy and aid due to the severity of the effects of the pandemic. But the government always says there is no funding. Only for us to discover that billions of funds were not spent or spent anomalously!” exclaimed Estavillo.

“This proposed 2022 budget is evidence of the criminal negligence, failure, and violence of the Duterte government. Let us hold this government accountable and ensure that no Duterte will sit in power in the upcoming presidential elections,” Estavillo ended. (JJE, RVO)