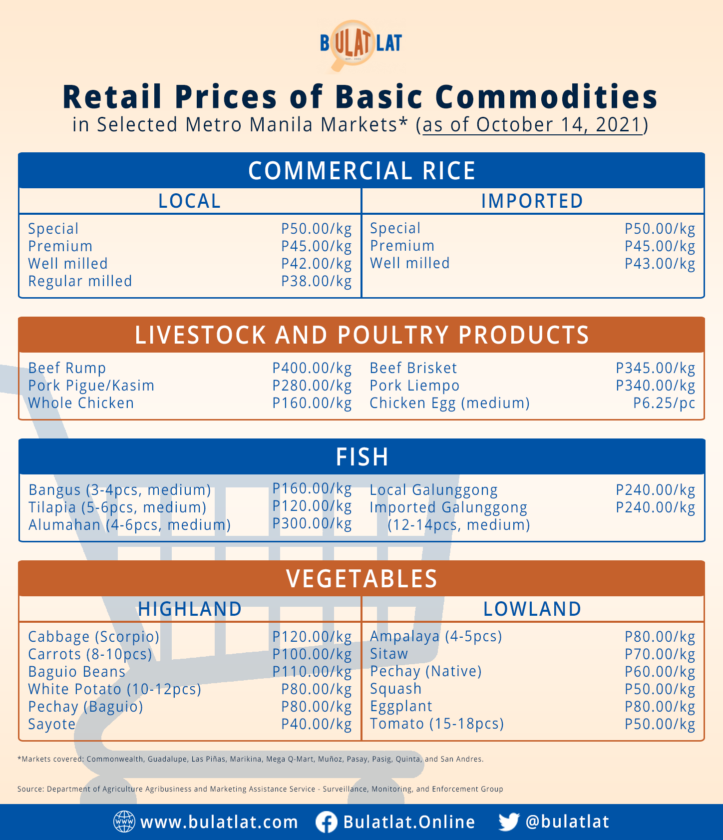 In a statement, Amihan chairperson Zen Soriano said that these communities have not yet recovered from bankruptcy and are now “distraught by a natural calamity amid continued government neglect.”

“Prior to this, we have been demanding to raise… farm gate prices of palay as it fell… in the region to around P12 to P13 ($0.24 to $0.26) per kilo. Now that they have lost their crops, some have nothing to eat. On top of that, they are engrossed in debt for spending on their crops,” Soriano said.

Initial news reports show the damages in crops amounting to around P1 billion.

Peasant groups are desperate as this is another blow to their already long-running plight.

Various groups have criticized the Philippine government’s massive rice importation made worse by the Rice Liberalization Law (RLL), stressing that it continues to hurt food security and the livelihoods of Filipino farmers. The government dismissed their demands, with Agriculture Secretary William Dar saying that the reported P10 per kilo ($0.20) palay price is just an exaggeration.

“By saying that current ‘palay prices are okay’, Secretary Dar is invalidating the actual plight and grievances of rice farmers. The P10/kg ($0.20) palay price was the lowest recorded this season. The prevailing palay prices remain low at an average of P12 to P13 ($0.24 to $0.26) – still way below the average production cost of P15/kg ($0.30),” Kilusang Magbubukid ng Pilipinas chairperson emeritus and former Agrarian Reform Secretary Rafael Mariano said.

Palay prices are expected to remain low in the coming weeks with the cumulative effects of typhoons and importation especially during the harvest season. There are 127 importers and traders who source rice from 13 countries, including Vietnam, Thailand, and Myanmar.

“[The] RLL changed the situation of the domestic rice industry for the worse. Local farmers are at a disadvantage with imported rice coming from Vietnam and Thailand with production costs of P6.22/kg and P8.66/kg ($0.12 and $0.17), respectively. Rice liberalization plunged Filipino farmers into deeper debt and poverty,” Mariano added.

Amihan and rice watch group Bantay Bigas reiterated their demand to raise the farm gate prices of palay to at least P20 ($0.40) per kilo, and provide rice farmers with P15,000 ($297) production subsidy, to offset rising debts and sustain agricultural production.

“Various sectors should intervene against the catastrophic trend of depressed palay farm gate prices. If we allow our food frontliners to go bankrupt and be displaced from production, it is certain that we are all heading towards hunger and import food dependence. We urge everyone to act against further liberalizing the rice sector, and instead, push for a nationalist and democratic program to protect the Philippine rice industry,” the groups said.

The group demands the repeal of the RLL and for the government to provide a P15,000 ($297) production subsidy for farmers.

Fisherfolk communities are also distressed by the intensified importation of fish, following the annual three-month closed fishing season of galunggong or round scad.

“We maintain that the shortage of galunggong is artificial, courtesy of the yearly fishing ban which is detrimental to the livelihood of small fishers. The closed fishing season affects both the fisherfolk and the Filipino consumers because it simultaneously leads to shortage and inflation,” Pamalakaya National Chairperson Fernando Hicap said.

The fisherfolk group said that the solution to flooding the local markets with imported fish, “does not address the roots of unstable fish supply and prices. Importation harms the livelihood of local fisherfolk because farm gate prices of galunggong and other fishery products are being pulled down with the entry of imported fish.”
They urged the government to intervene by controlling the skyrocketing prices of galunggong, which currently retails around P280 ($5.54) per kilo.

“This unreasonable price of one of the Filipinos’ staple fish products is mainly caused by the unregulated fish traders and private middlemen who secure their profits by jacking up, and eventually pushes up the retail prices in the market,” Pamalakaya spokesperson Ronnel Arambulo said. He added that the retail prices of galunggong and other fish products never reflect their farm gate value.

The group suggested that the government, through the Department of Agriculture, should carry out a “parallel effort” to stabilize fish prices by directly procuring fish products from small fisherfolk and imposing a price ceiling that would be reasonable and beneficial for local producers, retailers, and consumers.

“This effort would preempt greedy wholesalers and traders from manipulating the prices of galunggong and other fish products which serve as main sources of protein for many Filipinos,” Arambulo added. He said that this is consistent with Republic Act No. 7581 or the Price Act that allows for automatic price control against illegal manipulation, including profiteering.

“This solution to fish inflation is more comprehensive and beneficial to the local fishing industry rather than importation,” they said. (JJE, RTS, DAA)