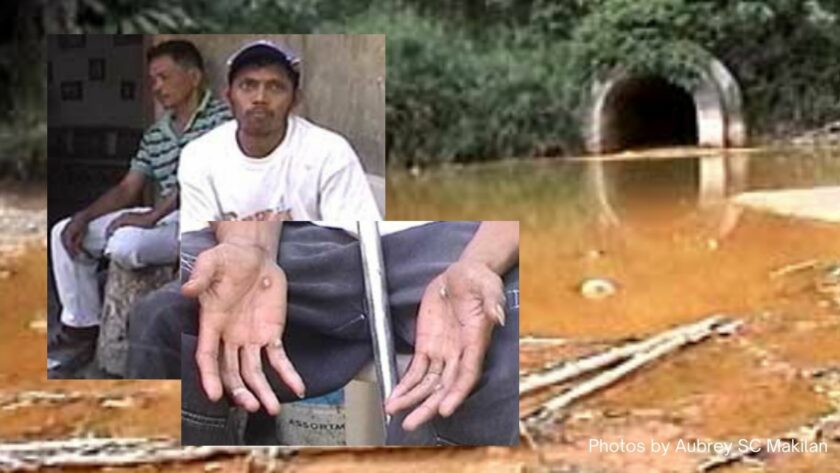 MANILA — An environmental group hailed the decision of a Marinduque local court in favor of the 30 plaintiffs against the Marcopper Mining Corporation, 26 years since the country’s worst mine disaster wreaked havoc.

“More than two decades in the making, the landmark case is a cautionary tale on how the Mining Act of 1995 and related policies have been lacking teeth and biased toward big businesses and their political sponsors,” Kalikasan People’s Network for the Environment said in a statement.

In its decision dated May 16, 2022, Marinduque Regional Trial Court Branch 38 granted the damages plea of the 30 plaintiffs in the case against the Marcopper Mining Corporation.

This included a P200,000 ($3,800) in temperate damages and P100,000 ($1,900) in moral damages to each of at least thirty plaintiffs that filed the case in 2001. Another one million pesos ($19,000) as exemplary damages was awarded to all the plaintiffs, according to Legal Rights and Natural Resources Center, which has been assisting the plaintiffs.

The plaintiffs had earlier said that the mining company’s negligence resulted in the country’s worst mine disaster. This despite having the resources they need to prevent the incident from happening, the decision read.

“This is as much an indictment of our current mining policy regime as it is a celebration of the people’s determination and will to hold big mining accountable,” Kalikasan said.

What happened 26 years ago?

The Marcopper Mining Corporation began its copper mining operations in Marinduque province back in 1969. Placer Dome, Inc., after securing a US$40 million loan from the Asian Development Bank (ADB), managed Marcopper as it owned 40 percent of its shares.

Read: Marinduque Still Suffering From Mine Spill Fifteen Years After

From 1975 to 1991, Marcopper Mining Corp, Placer Dome and Barrick Gold (Placer Dome is now owned by Barrick Gold) dumped about 50 million tons of mine waste in Calancan Bay. Two years later, its dam in Mogpog River broke, flooding nearby villages.

Another disaster took place on Mar. 24, 1996, when three to four cubic meters of mine tailings spilled from a drainage tunnel into the rivers of Boac and Makulapnit. Some of the affected residents even had to be brought to the Philippine General Hospital in the country’s capital for treatment.

Boac River, on the other hand, was left dead, which affected the livelihoods of communities depending on it. On the other hand, collected soil samples revealed that it had unacceptable levels of lead, cadmium and elevated levels of copper and zinc while lead values in the air samples exceeded the standards of the US Environmental Protection Agency.

No proper and comprehensive rehabilitation was ever given to those affected as of this writing.

In fact, residents there continued to be placed in danger as the Philippine Nuclear Research Institute warned the Marcopper mining company in 2020 of legal repercussions as it continued to store radioactive materials in its old facility. This was after the company’s license allowing to store such materials expired in 2017.

With a historic decision at hand, Kalikasan said the people should remain vigilant as the mining companies are “likely to exhaust all legal remedies to reverse this decision.”

In a statement, Kalikasan said the country can expect more lasting mining catastrophes if there are no reforms as far as its minerals management and governance policies are concerned.

With another Marcos presidency in the offing, the son of the dictator said in one of his interviews that he is open to “sustainable mining” and that the country’s natural resources should be used to its advantage, especially in these difficult times.

Lawyer Ryan Roset, direct legal services coordinator of LRC, said the case should serve as “a warning for communities who wish to embrace mining.”

“Litigating mining-related cases like this celebrated case is a slow march to justice. Communities must think their decisions through for the impact of the environment can be irreversible. In the case of Marinduque, the river affected by the spill is all but dead. With this ruling, Judge Recalde has shown that environmental cases do have a fighting chance in our judicial system,” Roset added.

Kalikasan, for its part, said the people must “be steadfast and vigilant in guarding against attempts to reverse this legal victory. We must continue demanding the full rehabilitation of the Marcopper-affected areas.”