Filipino farmers can feed the nation but… 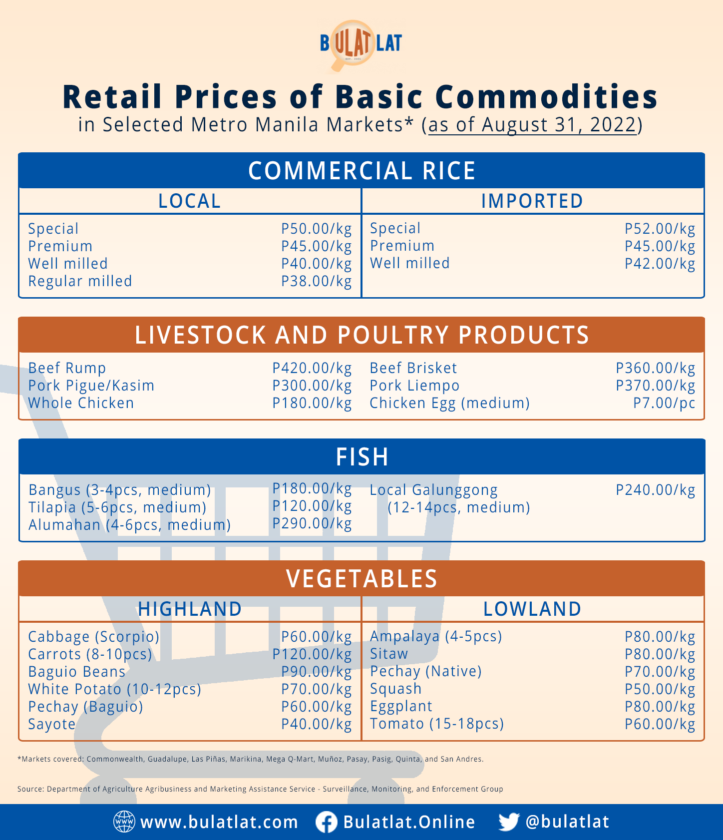 MANILA – Farmers can feed the nation if only the government will prioritize agriculture and food production.

In a forum titled “Economic Briefing on the Food Crisis,” Kilusang Magbubukid ng Pilipinas chairperson emeritus Rafael Mariano called on Marcos Jr. to address the food crisis. “It is already of national concern. What follows the food crisis will be the worsening hunger of the people.”

Prices of rice, onion, sugar, flour, and vegetables continue to increase. There is also a possible shortage of salt and sweet potatoes.

The Philippine government, according to independent think tank Ibon Foundation, needs to be more determined as the contraction of the economy in the second quarter of 2022 shows that economic recovery “remains weak.” This, IBON added, is a sign that Filipino households are struggling.

“To get out from this vicious cycle of food insecurity and hunger, the government must decisively reverse its liberalization policies that bolster food import dependency. Local food production must seriously be strengthened than food importation,” Mariano, a former agrarian reform secretary, said.