You Are Here: Home → 2022 → September → 5 → Red tarred-and-feathered: when scholarly texts are haunted in Philippine publishing scene

It’s historically farcical as it is no less lethal that cold-war anti-communist crusade and red tagging trope earned new vigor at present. Our historical moment now is most decadent when the worst elite of the country captured the reigns of the state by corrupting the election mechanisms of formal democracy. 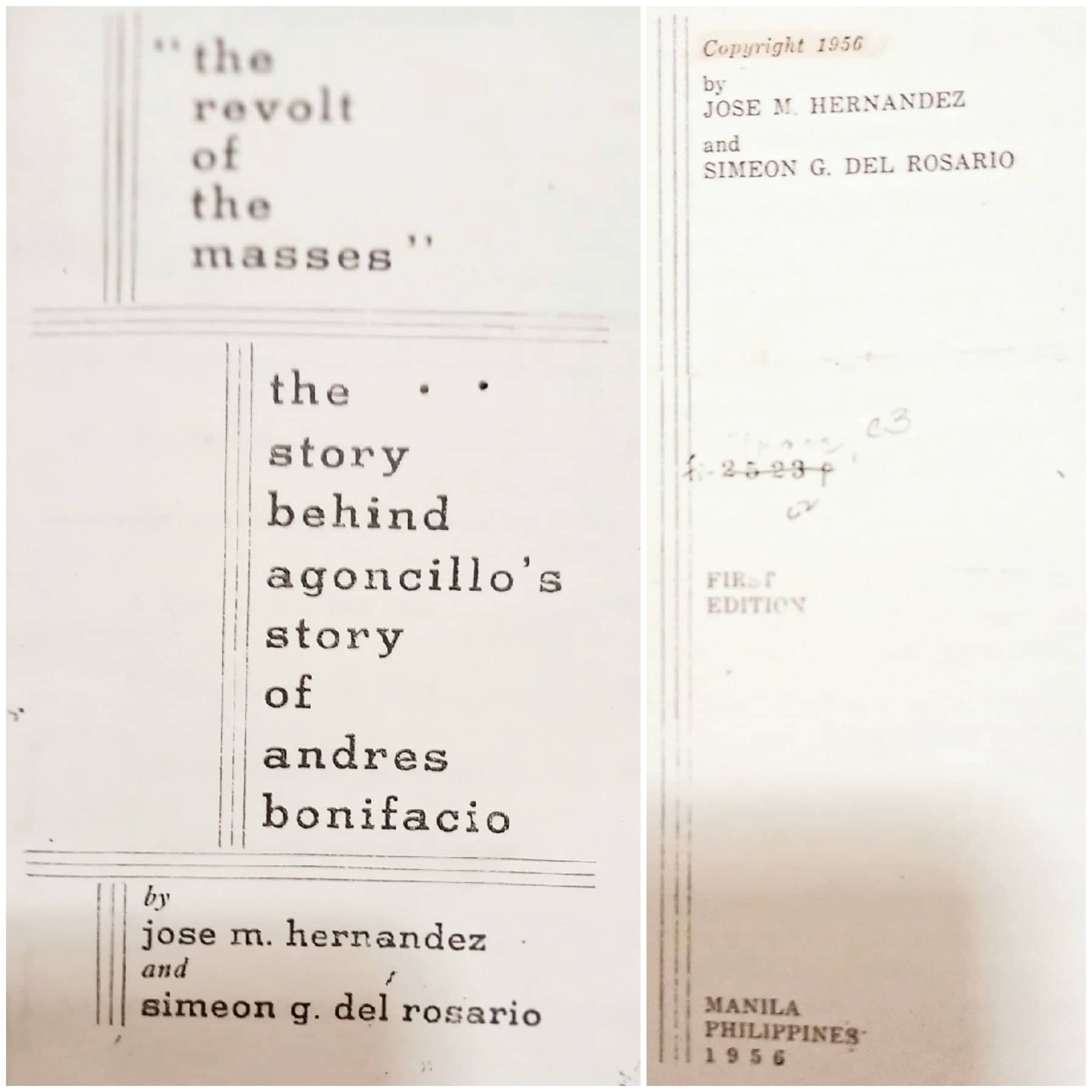 Of late the personnel of NTF-ELCAC worked hard to earn the amount they are paid in the studio of a cult’s Sonshine Media Network International (SMNI) TV program. Their red-tagging task was no brainer as they had similarly done under the reign of Rodrigo Duterte. They regularly bark accusations of “terrorists/communists/enemies of the state” against targeted institutions and persons to earn their keep.

They employed the weapon of mass intimidation latching on the support of those in power and the cooperation of the armed personnel of the State. Yet such intimidating bluster is only inversely related to the temporal fear felt by the citizens. Why, if fear is contagious so is courageous dissent they responded.

The truism that so-called “paper tigers” cannot grasp till now is ‘where there’s oppression, there lies also resistance’.

And the scheme of accusing scholarly works and authors as communist, as danger to the status-quo is not surprising nor novel nor newest new in the Philippine publication history. The propaganda of anti-communism was and is a cottage industry manned and womanned by mediocre minds who can’t qualify as citizens in the Republic of Letters (cf. Francesco Barbaro).

If industry means an “economic activity concerned with the processing of raw materials and manufacture of goods” then red-taggers’ earnings piled up in the shameless manufacture of lies that result to intimidation and shaming. Small wonder the disappearance of government funds of the National Youth Commission (NYC) was flagged and called out by the Commission on Audit (COA). A blatant example cited by COA, such wrongdoing came into the national attention as public scandal.

The minimum amount of P651,999.73 remains unexplained as NYC waltzed with the NTF-ELCAC in their so-called anti-communist campaigns . Yet a far bigger amount of 3-million pesos totaled by COA still not refunded when red-tagger Ronaldo Cardema was with NYC from 2018 to 2021. Red-tagging as a cottage industry liberally rewards unimaginative clerks and churlish handmaidens of the national task force.

The fixation of anti-communism in our society earlier reached its hysterical moment in the so-called Cold War of the 1950s. Expectedly red-tagging of books and authors were not new in Philippine publication history. In 1956 “cold warriors” Jose M. Hernandez and Simeon G. Del Rosario made public their calumny against historian Teodoro Agoncillo’s award winning biography of Andres Bonifacio, The Revolt of the Masses. The notorious duo labored to publish an 84 pages ‘examination’ of Agoncillio’s work asserting its Marxist and therefore communistic filiation. The duo’s invested labor in producing anti-communist tract will likely amuse us since Paralde, Badoy and the NTF-ELCAC factotums now are intellectually lazy by comparison.

The duo labeled their work as “comparative presentation” (p.1) which is mere textual juxtaposition of Agoncillo’s with that of classic Marxists and a number of Filipino progressive authors. They sought to smoke out the “subversive character” out of Agoncillo’s “proletarian literature” (p.2). Hoping to catch, they proclaimed their “right and duty…to clarify and explain our analysis of the [Agoncillo’s] book” (p.3). Red-tagging is a willing act of free association.

Malice was the usual sweet-and-sour serving of red-taggers, they wrote: “we have no evidence that Agoncillo is a member of the Communist Party” (p.3), but as a successful proletarian writer “must appear to be telling the truth even while he is telling a lie. That is the highest mark of efficiency that this type of Marxist propaganda yeomanship can attain” (p.51). In the sly abuse of the conjunction “or” Hernandez and del Rosario casually interchanged Marxism with Communism without keen nuancing, for them “they are always one in principle” (p.28).

The historian’s text was either over read or misread as one who favorably prognosticating revolution in his quote, “I trust that with the data I have included in this book, which I have interpreted, other students of the Revolution will be inspired to carry on where I left of” (Hernandez & del Rosario, p.31; Agoncillo, printer’s copy p.9). Here was a malicious sleight of suspicion with honest to goodness scholarship as some preparatory project for the revolution. Must a historian be accountable when his ideas’ moment of fruition has arrived ? Agoncillo as historian was not at fault when he chanced that “revolutions are the locomotives of history”.

A comprehensive story of post-World War II anti-communism in the Philippines is yet to be constituted. And in writing the history of the period, the active role played by imperialist geopolitical machinations of the United States cannot be underplayed. The politico-ideological seed-bed of Southeast Asian countries was soaked in anti-communist tropes by the various agencies of the American government. The fabricated Cold War discourse that divided the world was actively cultivated to become hegemonic. Societies, peoples, institutions either belong to the so-called “Free World” or the “totalitarian/communist world” and separated by an “Iron Curtain”.

Simeon del Rosario as a cold-warrior singled-out historian Agoncillo to have a subversive agenda, a specific person-of-interest, an example target of anti-communist crusade. Record showed that for over 25 years, del Rosario has been “engaged in countering Communism, nine of that at the South-East Asia Treaty Organization (SEATO) headquarters” (Simeon G. Del Rosario, Commission for Countering the Communist Ideology 1967, backcover). This is saying that salaried job of anti-communism did not start with NTF-ELCAC creation of Rodrigo Duterte, the roots were there then.

There was that wicked either-or partisan choice that eliminated the space for those who wanted to stay unaffiliated. Then writers like Salvador Lopez, Manuel Arguilla, Federico Mangahas, Jose Lansang who scrutinized the reality of the underclasses in the country were viewed as pesky Leftists. Inevitably the critical historian Agoncillo was red tarred-and-feathered as communist enemy of the state.

It’s historically farcical as it is no less lethal that cold-war anti-communist crusade and red tagging trope earned new vigor at present. Our historical moment now is most decadent when the worst elite of the country captured the reigns of the state by corrupting the election mechanisms of formal democracy. The foundational premise of a decent and commodious life will probably crumble under the prospect of a long Hobbesian years. The long years of living precariously are the years we would be living dangerously. And embracing knowledge will be a condition in extremis for “those who wish to give light must endure the burning”.