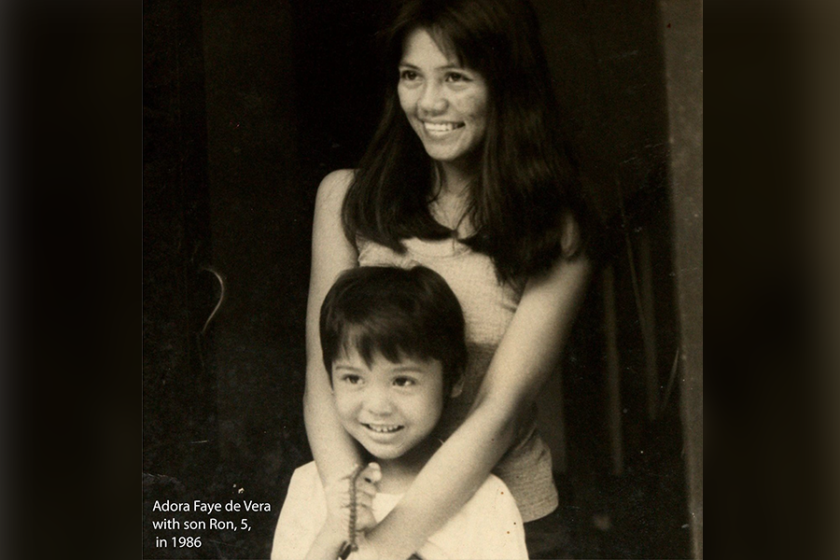 MANILA – As a son of a Martial Law survivor and political prisoner, Ron De Vera said that her mother’s re-arrest last month reflects a problematic system that continues to plague the country.

“This is not just about my mother [or any other] person. This is about an oppressive system. [Even] if my mother manages to be free, there are still more than 800 political detainees she will leave behind bars, and the number may keep on increasing unless we can break the system that oppresses us,” De Vera said during the screening of the film “Beyond the Walls of Prison” on September 10.

In the film, De Vera had several cameos as his mother was among the thousands arrested during the Marcos Sr. dictatorship. Her account of torture and rape from the hands of her military captors would later serve as a basis for the filing of the Hawaii lawsuit against the Marcoses.

“It has only been three months since the son of the dictator sat in power, and my mother is already back behind bars. Nothing has changed,” De Vera said. He was about four years old when Adora Faye was arrested during the Marcos Sr. dictatorship.

De Vera said that her ailing mother is not the first elderly prominent activist arrested at home and tagged as a high-ranking leader of the Communist Party of the Philippines and its armed wing the New People’s Army. Shortly after Adora’s arrest, another ailing activist was arrested in Mindanao.

Adora is facing non-bailable charges with a P2.5 million ($44,500) bounty placed by the Department of Defense (DoD) and Department of Interior and Local Government (DILG). (JJE, DAA)