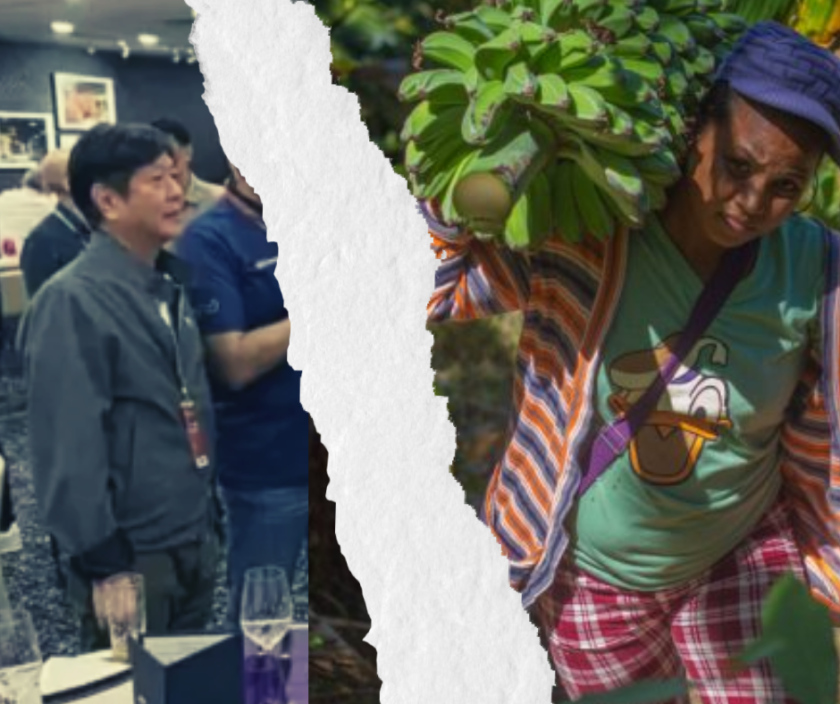 MANILA – How much public funds were spent for the F1 Grand Prix experience of Marcos and company?

This was the question posed by progressive groups as Marcos Jr. ‘s weekend getaway to Singapore became viral on social media. They stressed the need to look into how much public funds were used and pointed out the president’s insensitivity given the crisis that the Filipino people are in.

“Only the utterly callous and shamelessly entitled would not get this point,” said Renato Reyes Jr., secretary general of Bagong Alyansang Makabayan.

Media reports surfaced over the weekend of Marcos Jr. flying to Singapore but no confirmation was made by Malacañang officials, including the Presidential Security Group. Later, however, photos of Marcos Jr. surfaced in social media posts.

“It took a Facebook post of a Singaporean official before Malacañang could issue a statement. Everything that Malacañang says at this point is mere afterthought. The fact that Malacañang could not be transparent about the visit, and that people got their first information from pictures posted on social media, shows the disarray at the Palace. We would like to remind Malacañang that anything that involves public funds and resources requires transparency. We saw none of that last weekend,” Reyes added.

He added that if this was a business trip to begin with, it should have been announced earlier on.

“We are in the middle of an economic crisis where inflation will again reach record highs, public debt has breached P13 trillion, and millions of Filipinos are reeling from the effects of typhoon Karding. So why does the President think it’s okay to take a private jet to Singapore to watch the return of the F1 Grand Prix? How much are the Filipino taxpayers paying for this trip?” he said.

In a separate statement, the Kilusang Magbubukid ng Pilipinas called out Marcos Jr.’s “excessive lifestyle” while Filipino farmers are still reeling from the damaging effects of the super typhoon.

Reyes said, “again, we assert that the Singapore F1 weekend getaway was insensitive, unnecessary and irresponsible given the crisis that the nation is in.”