A Brazilian lawyer, development specialist and activist, said Brazil has ample experience from which the Philippines can draw important lessons from. She said the most important of which is ‘not to repeat the experience of Brazil in order to avoid biofuel production’s devastating impact.’

While biofuel production is still a pioneering venture for the Philippines, Brazil has been into it since 1970s.

Camila Moreno, a Brazilian lawyer, development specialist and activist, said Brazil has ample experience from which the Philippines can draw important lessons from. She said the most of important of which is “not to repeat the experience of Brazil in order to avoid biofuel production’s devastating impacts.”

Moreno is on an educational tour. Her lecture-visit in Negros is being organized by the Negros Organic Agriculture Movement (NOAM), Visayan Network on Climate Change (VNCC), Earth Day Convenors and the Office of Councilor Jocelle Batapa-Sigue as Sanggunian Chair on Energy. 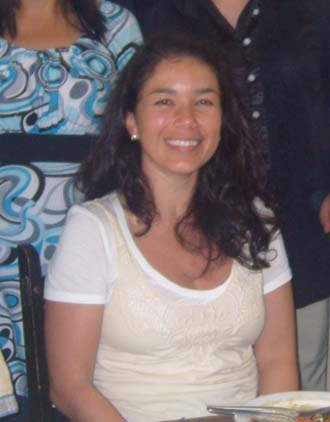 The Brazilian government, Moreno said, is now making lots of propaganda about the country’s independence on fuel. “It makes so much nationalistic appeal, but the negative sides of it [biofuel production] is concealed.”

Moreno said, bio-ethanol production has already caused so much land grabbing and violation of the land rights of the people, especially the indigenous peoples of Brazil.

“Its more risky effect is the exponential growth of monoculture and the highly intensive agrochemical dependence in rich agricultural lands of Brazil, exacerbating the country’s yearly massive importation of agricultural goods and crops, including patented seedlings,” Moreno added.

Even more dangerous, Moreno stressed, is the changing lifestyles and food habits it has spawned over the years. “Because of decreasing agricultural lands for food production and people’s access to lands, we can see today more Brazilians eating burgers, hotdogs, noodles, and other junk and cheap food items and perhaps a number of them are genetically modified organism [GMO] food. In effect, our diet is no longer healthy such that we become obese, fat people but sickly,” she said.

Moreno further said that the government and its transnational corporate partners’ aggressive campaign for bio-ethanol production and investments in the industry is causing more pressures on deforestation, replacing them with more GMO-trees or commercial tree species that consume more water and destroy the soil’s nutrients.

Moreno debunked claims of interest groups and agrochemical transnational companies that bio-ethanol is the alternative to oil-based fuel, and it is the future industry that could save people. “It is the alternative and the future for their super profits but not for our people, especially the farmers, farm workers and indigenous communities,” she said.