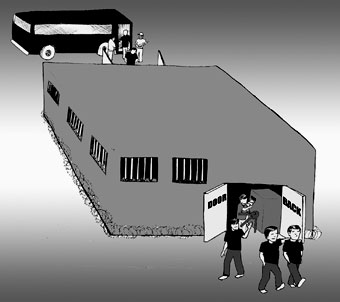 The case of the “Alabang Boys” – who were arrested while peddling drugs in the posh Ayala Alabang village – is a showcase of the double-standard “justice” that exists in the Philippines. After their arrest, they were immediately released – with their lawyer even being allowed to draft their release order, which was approved by the Department of Justice (DoJ). The poor do not have this privilege: they rot in jail, often for lesser offenses, while waiting for their case to be heard. Meanwhile, activists from the Left are frequently jailed on trumped-up charges.