You Are Here: Home → 2009 → November → 13 → Slideshow: Clinton Visit an Affirmation of US Neocolonialism in Philippines

Slideshow: Clinton Visit an Affirmation of US Neocolonialism in Philippines

MANILA –A day before US Secretary of State Hillary Clinton’s visit to Manila, progressive youth organizations staged a protest action in front of the US embassy in Manila to demand for the abrogation of the Visiting Forces Agreement.

LFS secretary general Terry Ridon said Clinton’s visit is the best opportunity to show that the VFA is an insult to the Philippine’s sovereignty and territorial integrity.

“The continuing permanent presence of US troops is a complete throwback to the days of US colonialism in the country. It is proof that we remain under the beck and call of the Americans,” Ridon said. (Bulatlat.com) 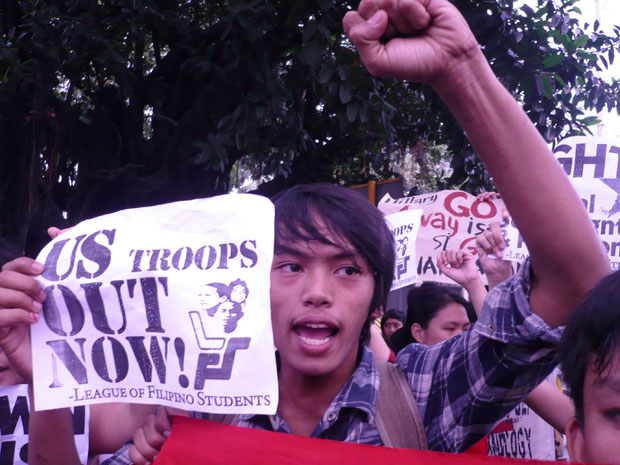 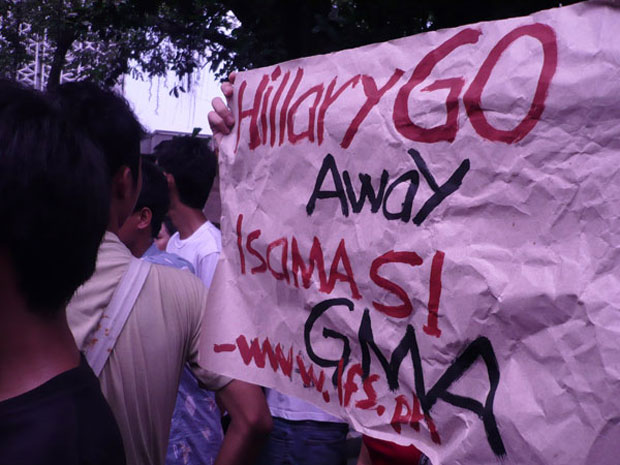 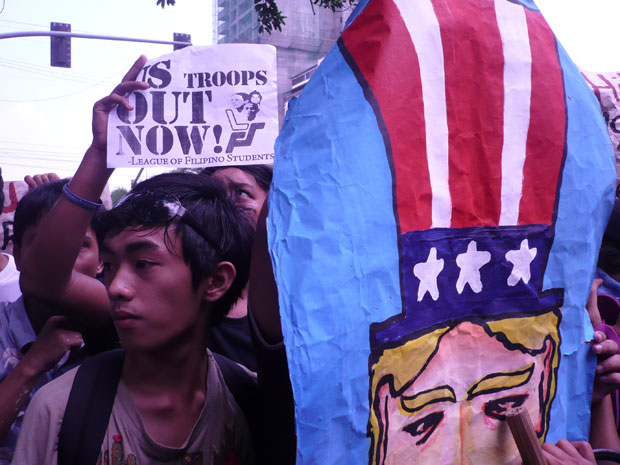 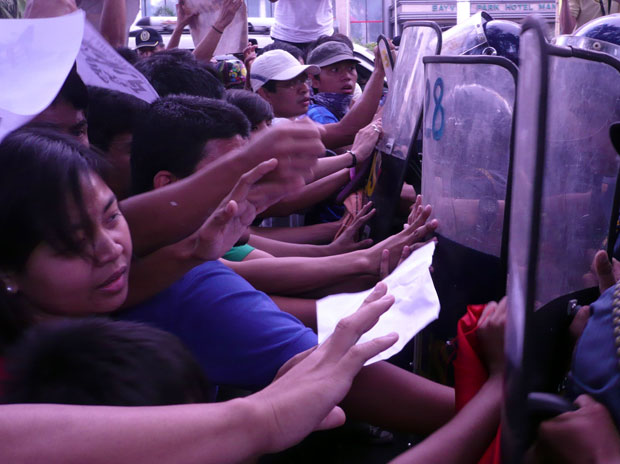