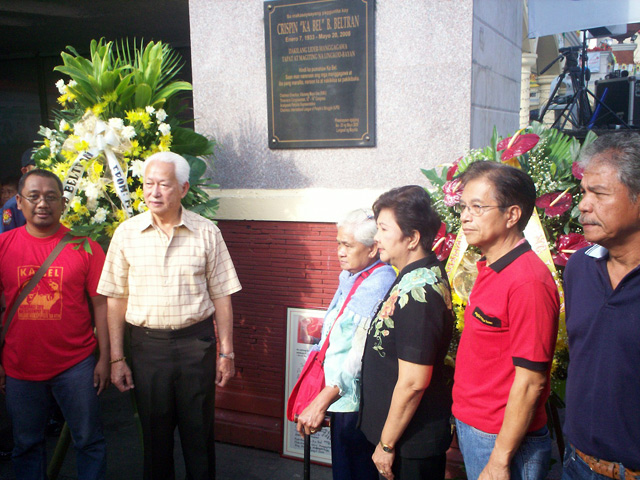 Today, as we celebrate the 77th birthday of Crispin “Ka Bel” Beltran — esteemed leader of the Filipino working class and people in our struggle for national freedom and democracy — we pay tribute to his lifelong, passionate and selfless dedication to the struggle for genuine change in the country.

Ka Bel’s 77th birthday falls on an election year, a time when various groups call for change in the country.

Many among those who say “change” these days really mean: we want Gloria out. Indeed, it is the desire of the Filipino workers and people to have the incumbent president removed from office and punished for her crimes against the people. The coming elections provide an opportunity for this change. 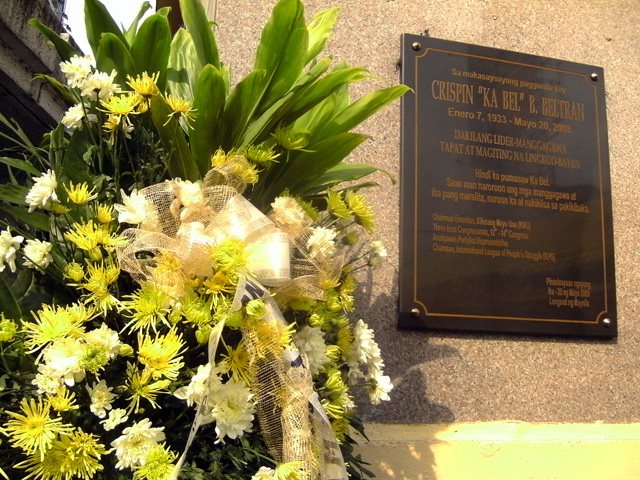 But Ka Bel fought for something more. He saw the struggle against the US-Arroyo regime as a basis for raising the consciousness and fighting will of the Filipino workers and people against the deeper problems of Philippine society – US imperialism, feudalism and bureaucrat-capitalism. He saw the struggle to remove the US-Arroyo regime as a prelude and preparation for the removal of the entire social structure that has kept the majority of the Filipino people exploited, oppressed, poor and hungry. He fought for a post-Gloria scenario because he was fighting for socialism.

And he fought selflessly and bravely, confronting demonization, harassment, imprisonment, even the threat of death head-on. He lived simply, refusing the good life being offered to him by dropping out of the workers’ and people’s struggle or by accepting bribes from the wealthy and powerful. He embraced the struggle passionately, tirelessly speaking to workers, fellow Filipinos and even foreigners to educate them about the struggle going on in the country and the world. He was always humble, however, never letting his successes go to his head. 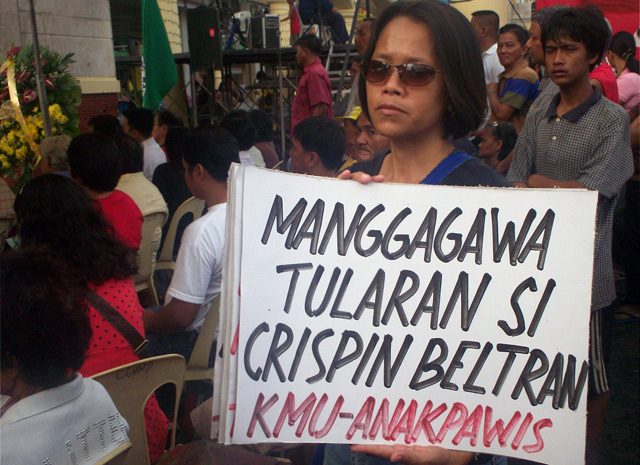 It is in this light that we call on our fellow workers and Filipinos to emulate Ka Bel, and fight for the working class and the Filipino people in fighting for genuine social change – freedom from neocolonial and elite domination of our country. (Kilusang Mayo Uno)