MANILA — Two activists have complained that the Philippine military has been harassing them, the latest in a series of similar intimidations apparently aimed at forcing activists to spy against militant groups for the armed forces.

On Jan. 4, an urban-poor leader, Allan Monterde, was visited in his home by four soldiers wearing Army T-shirts. The soldiers, according to the urban-poor group Kadamay, belonged to the military’s First Community Development Company that has been stationed in Baseco since the beginning of the year.

According to Monterde, one of the soldiers identified himself as a lieutenant who asked him for a list of the officers and members of Monterde’s group, the Samahan ng Mamamayan sa Baseco (SMB) of which Monterde serves as vice president. The “lieutenant” also asked for the whereabouts of other SMB officers. The next day, the soldiers came back with the same questions. 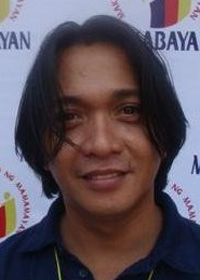 On Jan. 7, another activist, Cesar Lopez Dionido, secretary-general for in the national capital region of Bagong Alyansang Makabayan (Bayan), was harassed by two soldiers in civilian clothes while he was with his two-year-old son at a park in Manila.

Dionido said one of the soldiers approached him and showed him an identification card with the logo of the Armed Forces of the Philippines. The man covered his name on the ID; another man on a motorcycle looked on.

The man who identified himself as a soldier told Dionido in Filipino: “I know what you do and I also know you have a financial problem and that you cannot pay for your house rent.” “I will give you a job,” the man said as he handed a cellphone to Dionido. The man even warned Dionido not to tell his wife about the incident.

Dionido refused to accept the cellphone and began to walk away. The man then told Dionido: “Do not wait for the day that men in uniform would be the ones visiting your place.” The man forcibly gave Dionido the cellphone and told him to call the only number on the phone.

Before this incident, Dionido said that sometime in November last year, he received a text message that reads: “I know you and I know what you are doing. Stop your activities.”

Dionido, however, is uncowed. “What happened to me is part of the political persecution of the Arroyo regime against activists and the Filipino people. This act is part of the regime’s counterinsurgency program Oplan Bantay Laya 2,” he said.

“This is plain harassment and it aims to sow fear among members of progressive organizations and the Filipino people,” Dionido said. This kind of political harassment is happening all over the country and is expected to worsen as the election nears. This is the same thing they did in 2007 where they deployed soldiers in urban-poor communities in Metro Manila.

In a statement, the labor center Kilusang Mayo Uno (KMU or May First Movement) criticized the military for what it calls “a pattern” in recent cases of harassment targeting activists, saying the military is now very desperate, trying to obtain intelligence information at gunpoint.

Joselito Ustarez, KMU’s executive vice-president, said what happened to Dionido “is very similar to what the military did to Danilo Belano.”

Belano was a longtime KMU organizer who died of heart attack last Nov. 25 after being subjected to surveillance and harassment by military intelligence agents.

Shortly before meeting up with intelligence agents, Belano reported to his colleagues that the agents threatened him and his children with death if he refused to “cooperate.” At about the same time that he was supposed to meet up with the intelligence agents, Belano was rushed to the hospital by unidentified men who left immediately. He died of heart attack in the hospital.

“The pattern is pretty obvious. The Intelligence Service of the AFP is resorting to a combination of death threats and enticements to recruit activists as agents to obtain intelligence information,” said Ustarez.

“In the case of Danilo Belano, harassment caused the death of a longtime activist, another proof of the military’s cruelty,” he added.

Ustarez said the top officials of the AFP and the Arroyo regime are becoming more “desperate” as the 2010 deadline set by the regime to crush the revolutionary movement in the country draws near. (Bulatlat.com)