You Are Here: Home → 2010 → March → 8 → The PGH Imbroglio: Battle for Directorship, Control of UP Board Traced to Questionable Deal

The PGH Imbroglio: Battle for Directorship, Control of UP Board Traced to Questionable Deal

MANILA — The Philippine General Hospital (PGH) — the country’s hospital of last resort especially for indigent patients, a key training hospital for students of the University of the Philippines, and the premier public hospital in the country — is currently embroiled in a mess over who should be its rightful director. It now has two directors, Dr. Jose Castillo Gonzales and Dr. Rolando Enrique Domingo, holding office in separate rooms in PGH in Manila and vying for legitimacy.

Dr. Gonzales has threatened to file charges in court over his ouster, which happened less than two months after he was sworn in. His term is supposed to end on Dec. 2012. 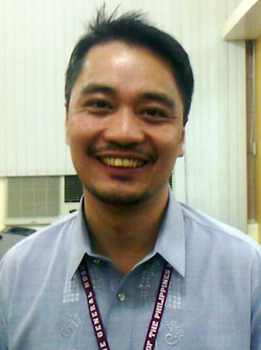 Dr. Domingo, 41, said he cannot be expected to “forcefully drag the elder Dr. Gonzales from the director’s office,” but he told Bulatlat he hopes the situation will “normalize” soon as he “can only wait for a reasonable amount of time.” He declined to say how long is a “reasonable amount of time” for him, except that “it varies from day to day.”

Meanwhile, the Board of Regents (BOR), the UP system’s highest policy-making body that has put the two competing hospital directors in such awkward position, is itself in a schism.

The BOR has become bitterly divided, with the four regents chosen by the UP faculty, staff, alumni and students — or what has been described as the UP-community-based or “organic” regents — on one side, and four regents composed of three Malacañang appointees (“inorganic”) plus Roman on the other.

Their differences became especially acrimonious in the choice of a new PGH director since December last year. It led to accusations that Roman had deliberately delayed the release of formal appointment papers and the swearing in of the BOR’s first duly elected new PGH director, Dr. Gonzales. Because of the delay in Dr. Gonzales’s appointment and formal takeover of the directorship of PGH, Roman was also criticized for having tried to overturn the majority decision of the BOR based on the lone protest of Sarmiento, one of the three Malacañang-appointed regents. 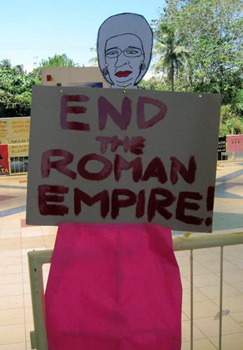 UP President Emerlinda Roman has been severely criticized for her role in the imbroglio (Photo by Teena del Mundo, UP Mindanao)

Dr. Gonzales had been voted in by six regents (four votes from the staff, alumni, faculty and students, one from the chairman of CHED and one from the Senate). Meanwhile, five regents composed of Roman, the three Malacañang appointees and the regent from the House of Representatives voted for Dr. Carmelo Alfiler, who had already served the two maximum terms allowed for a PGH director.

Dr. Gonzales was consequently sworn in only last Jan. 7, three weeks after he was voted as new director replacing Alfiler on Dec. 18 last year, and only after hospital and university workers, staff and faculty had protested the delay.

“New year means planning and setting thrusts, strategies and new programs,” Jossel Ebesate, head nurse at UP-PGH and national executive vice president of the All-UP Workers’ Union, told Bulatlat. With Dr. Gonzales’s late swearing in and clouded directorship, it meant that much of the strategizing and programming of PGH have so far been put on hold, he said.