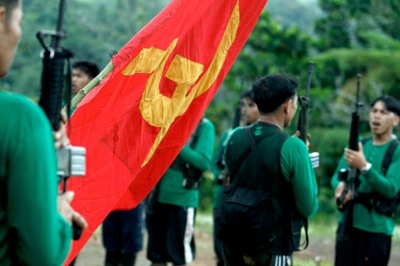 MANILA — The Communist Party of the Philippines (CPP) said today that 15 soldiers — not 11 as initially reported in the media — died in the firefight between government troops and New People’s Army (NPA) guerrillas in Mansalay, Oriental Mindoro, on March 6.

In a statement, the CPP said the firefight was an ambush staged by the guerrillas, and not as a mere encounter as the military had claimed. In their initial statements to the press, military officials said a platoon of soldiers from the 23rd Division Reconnaisance Company had walked into an NPA camp where the two sides fought only a few meters apart.

“The enemy unit was rendered completely unable to fight,” the CPP said in its statement distributed today to the press. As a result, it added, the NPA fighters were able to seize seven M16 rifles, two M14 rifles, one Cal. 60, one Ultimax submachinegun, and two M203 rifles.

Military officials said earlier that the platoon of soldiers were undergoing patrol in Mansalay to enforce law and order during the election season when the incident occurred. (Bulatlat.com)