News in Pictures: Parade of Coffins

By ARNOLD PADILLA
Photos by RAYMUND B. VILLANUEVA
Bulatlat.com 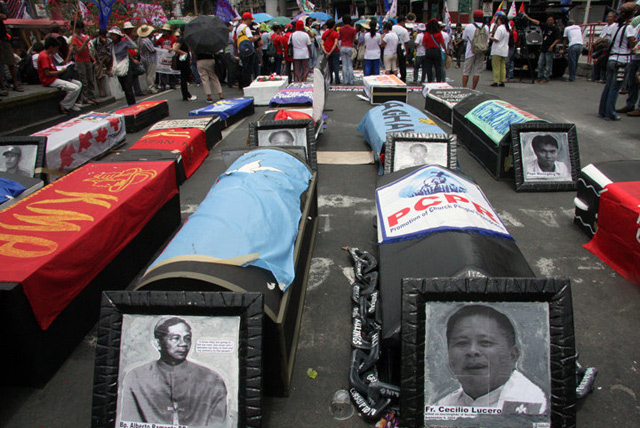 MANILA – A protest march held in Manila Wednesday was highlighted by a parade of mock coffins draped in flags of different people’s organizations whose leaders and members had been assassinated or abducted by elements widely believed from the Armed Forces of the Philippines (AFP). Human rights groups have blamed the government’s counter-insurgency program Oplan Bantay Laya (OBL) for the spate of extrajudicial killings, enforced disappearances, and other forms of human rights abuses that specifically target unarmed political activists and civilian populations. 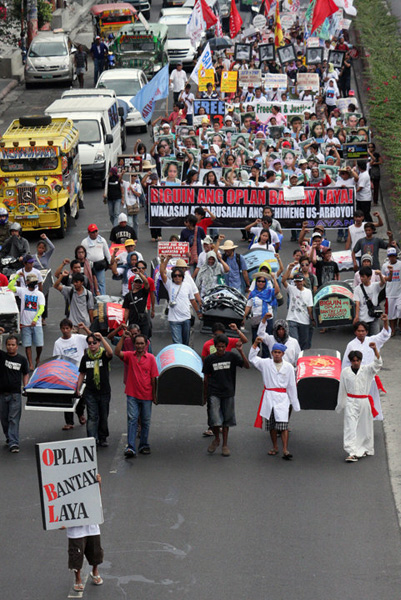 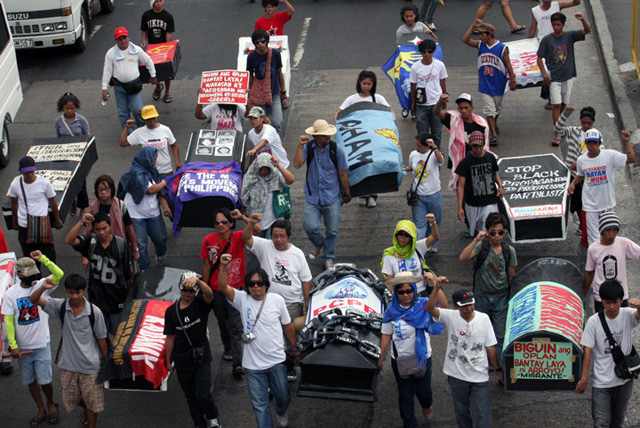 Human rights defenders and the victims’ relatives are holding accountable Gen. Jovito Palparan, Executive Secretary Eduardo Ermita, Defense Secretary Norberto Gonzales, and President Gloria Arroyo herself for their role in the murderous OBL, which has since 2001 resulted in more than 1,000 cases of extrajudicial killings, more than 200 cases of enforced disappearances, as well as hundreds of illegal and politically motivated detention such as the controversial case of the Morong 43. (Bulatlat.com)