It has been two years since the death of Crispin Beltran, also known as “Ka Bel” to his family and colleagues. But his memory, his legacy is very much alive.

A short program was organized last May 20, 2010 in Plaza Miranda, Quiapo to commemorate Ka Bel’s second death anniversary. The event was sponsored by the Kilusang Mayo Uno (KMU) and the Crispin B. Beltran Resource Center.

Member of several party list groups, people’s and non-governmental organizations attended the said event to show their love for Ka Bel and their commitment to continue what he stood for. Representatives from the different organizations spoke of how Ka Bel influenced their views and inspired them to continue with the struggle for the rights of the marginalized.

A Fighter of the Masses 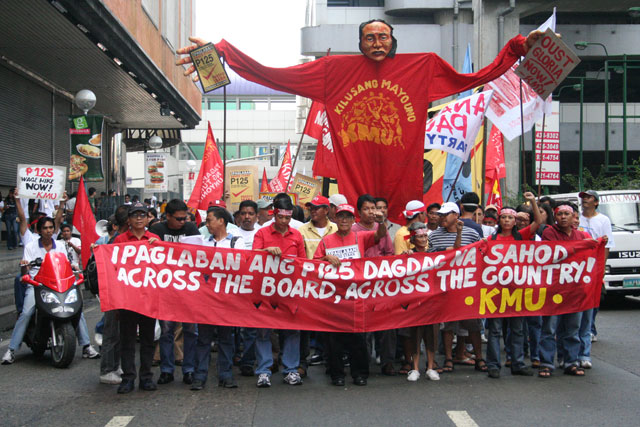 His being part of the working class made him steadfast in the struggle for the interests, rights, and welfare of the masses. He nobly fought for reforms both on the streets and in the halls of Congress. This has endeared him to the masses.

“The best thing he offered to us is his great courage. He is very sincere; he is very passionate in serving the people especially the poor. He proved so many times that he was not afraid to fight the exploiting classes,” said Leona “Ka Leleng” Zarsuela of Kadamay in Filipino.

Ka Leleng could never forget the 2004 protest action against the North Luzon Railways project, which may have triggered Ka Bel’s hypertension. “This mobilization made me realize that our struggle is not yet over. He is the masses’ inspiration, he is our inspiration. He never gave up no matter what obstacles may come his way. He loved being with the masses. He always tells us to educate the people and assemble as one in order to fight for our rights”, she said.

The Poor’s Man in Congress

Ka Bel may have been elected to Congress during the last years of his life, but even while he was there, he lived the life of and for the poor. All the bills he filed in Congress during his term were all for advancing the rights and welfare of the masses. 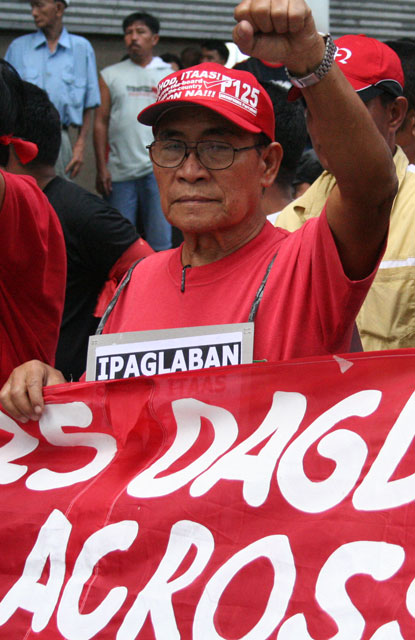 “One of Ka Bel’s focus during his term was to review the Oil Deregulation law since it needs reform”, said his colleague Anakpawis Rep. Joel Maglunsod. The rapid increases in the pump prices of fuel have resulted in corresponding increases in the prices of basic goods and services. Maglungsod said this makes life even harder for minimum wage earners and their families since their income is barely enough to survive.

Ka Bel authored and sponsored House Bill 3059 also known as Genuine Agrarian Reform Bill. Moreover, “Ka Bel called for the rejection of the Expanded Value Added Tax (E-VAT) because it is a burden to the poor,” Maglunsod added.

Maglungsod. said Ka Bel’s advocacies in Congress are being carried on by Anakpawis Representative Ka Paeng Mariano. On the streets and in factories, the Kilusang Mayo Uno (KMU or the May 1st Movement), the workers’ political center that he helped found, is pursuing the struggle of the working class.

House Bill No. 7185 also known as National Industrialization Bill was recently filed in Congress by Maglungsod. The bill aims to help create more jobs for the people.

Maglungsod said the same economic and political problems remain in our country. “The freedom and democracy of the people and Philippine society needs to be pursued until victory. We still live in a country that has a colonial and feudal system. Filipinos are being controlled by the foreign and local elite,” he said. These are the fundamental problems that Ka Bel struggled against in his lifetime.

“Onward with the struggle Ka Crispin Beltran fought for!” said the crowd present during the commemoration of his second death anniversary.

The atmosphere of solidarity and love for Ka Bel during the commemoration showed that he touched many lives in the course of his life and struggles. He had helped many people and had inspired them to continue fighting for their rights. He consistently and courageously fought against those who continue to trample upon the rights of the masses. Ka Bel taught us an important lesson in life and we should always be thankful for that.

The memory of Ka Bel may fade through the years, but his legacy will remain forever. For as long as the working class is enslaved by the powerful and the few, many other Crispin Beltrans will rise to clatter and break the chains of oppression and poverty. (Bulatlat.com)