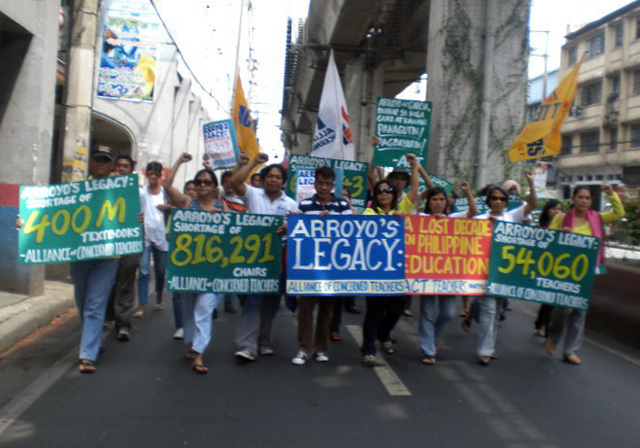 MANILA — The Alliance of Concerned Teachers (ACT) and ACT Teachers Party-list held a protest action in Mendiola Monday, on the eve of the school opening in the country. 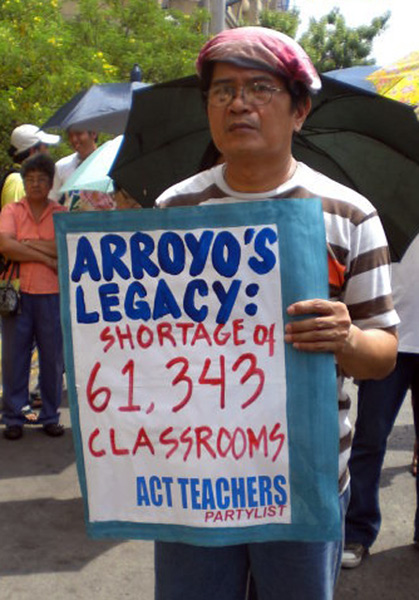 In stark contrast, P746.175 biillion has been allocated for debt payments.

ACT challenged President-elect Nonoy Aquino to implement a policy of reducing debt payments and rechannelling of funds to education and other social services. (Photos courtesy of Judy Taguiwalo / Alliance of Concerned Teachers) / (Bulatlat.com))