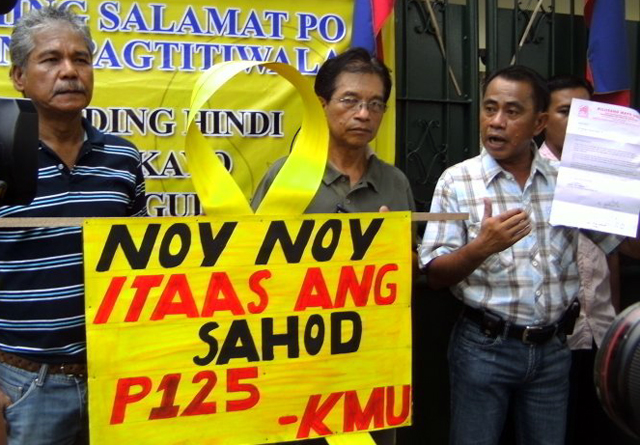 “Apart from other commitments to the people that he may utter in his inauguration speech, workers want President Aquino to categorically mention a significant legislated wage increase. We had enough of Arroyo’s nine years of stagnant wages and rising prices,” said Elmer “Bong” Labog, KMU chairman. 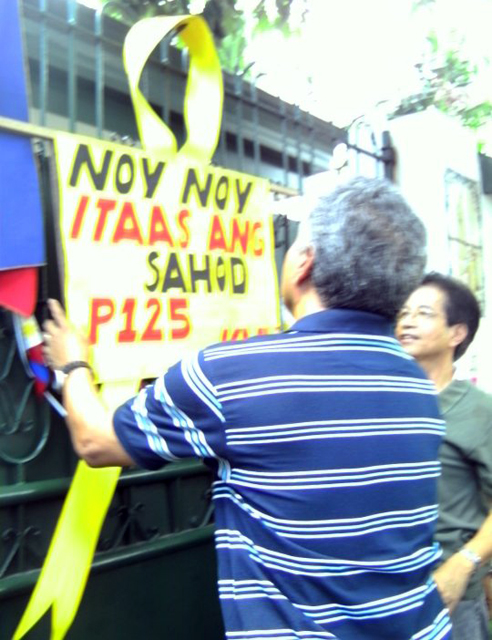 Labog added that the reversal of contractualization policies and the protection of labor rights are also part of the labor sector’s agenda that it wants the president to heed.

“More than four million Filipinos stand to welcome the Aquino administration without any job. Justice has yet to be attained for 98 trade-union leaders who were killed since 2001. All these form part of Arroyo’s ugly legacy for labor which Aquino should immediately reverse,” Labog said. (Photos courtesy of Kilusang Mayo Uno/Bulatlat.com)