News in Pictures: Kin of Human-Rights Victims to Noynoy: How Long Shall We Wait for Justice? 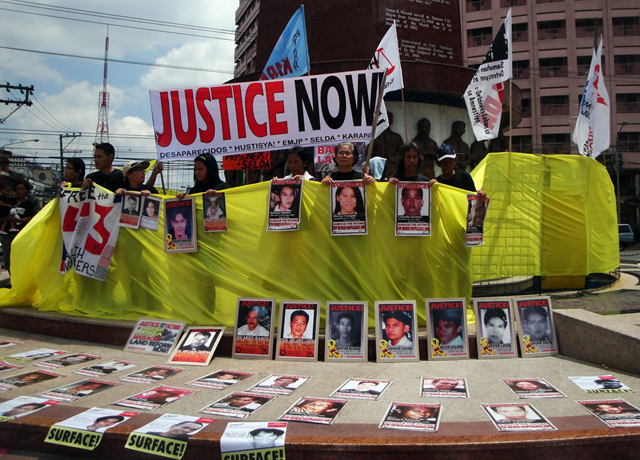 MANILA — On the eve of the 27th anniversary of the assassination of Senator Ninoy Aquino last August 20, families and relatives of human-rights violations led by Families of the Disappeared for Justice (Desaparecidos) and Victims of Arroyo United for Justice (Hustisya!), tied a long yellow cloth around the Boy Scout Monument in Quezon City to signify their continuing search and fight for justice.

Bearing photographs of the disappeared and other victims of human-rights violations, the cloth was unraveled while playing the song ‘Tie A Yellow Ribbon’. 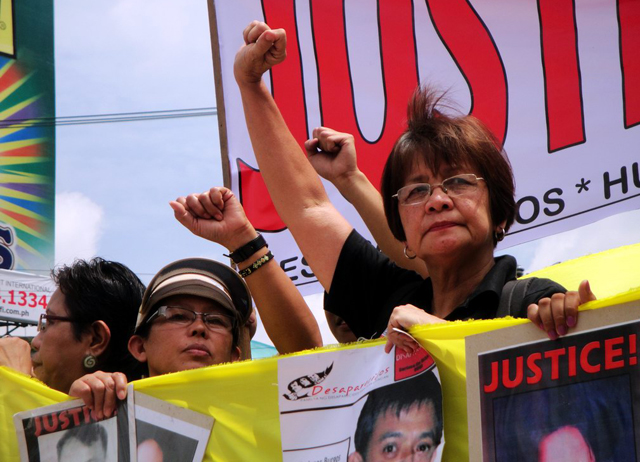 “The president once said, ‘Anyone who have done wrong must face justice.’ But until when shall we wait for justice?” Lorena Santos, deputy secretary-general of Desaparecidos, said.

“This is also a reminder to our new government that as he, Pres. Benigno Aquino III, commemorates the death of his father, many other Filipinos who fought for democracy were brutally killed by the Arroyo government but are still without justice,” Evangeline Hernandez, convenor of Hustisya!, said. 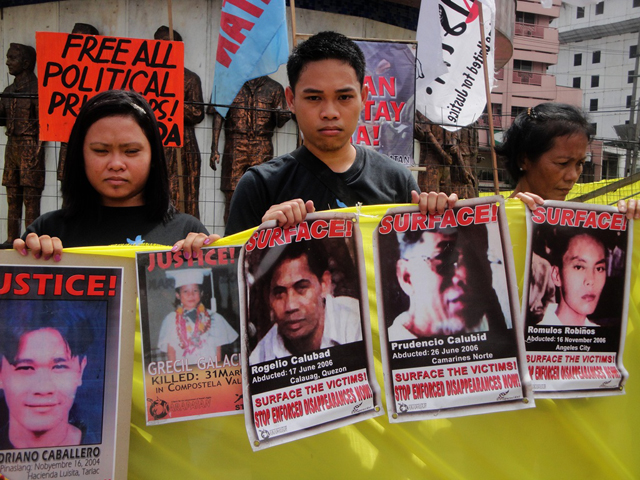 The groups criticized Pres. Aquino’s inaction in addressing the human-rights violations under the Aroyo regime. They also lambasted Aquino’s approval of extending the anti-insurgency program Oplan Bantay Laya until the end of the year; ignoring the fact that this program has been responsible for the killings and disappearances of hundreds of activists and civilians during the past administration. 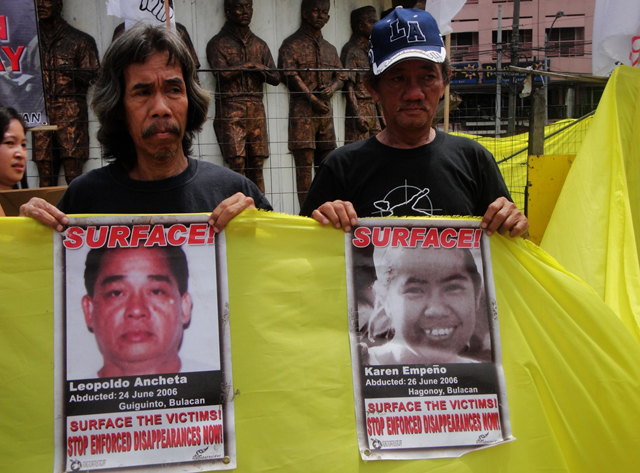 The groups also slam the recent appointment of Etta Rosales to head the Commission on Human Rights.

“With nothing much to show for her track record at the House of Representatives and for her insincere and lack of genuine concern to fellow victims of human-rights violations under the Marcos Regime, who until now are still fighting to claim justice and indemnification, how can present victims of human-rights violations trust her?” Hernandez said. 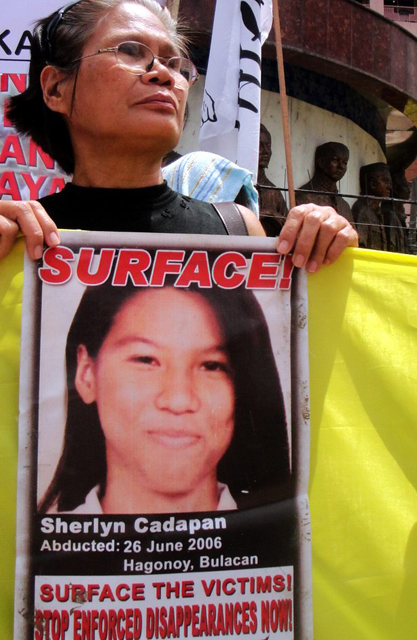 “As we tie the yellow ribbon with the faces of our loved ones who are victims of the past regime, we are reminding the public that we will not let the sacrifices of our missing or killed loved ones be forgotten. Our quest for justice will continue no matter how long it will take,” Hernandez said. (Photos courtesy of Arkibong Bayan / Bulatlat.com)