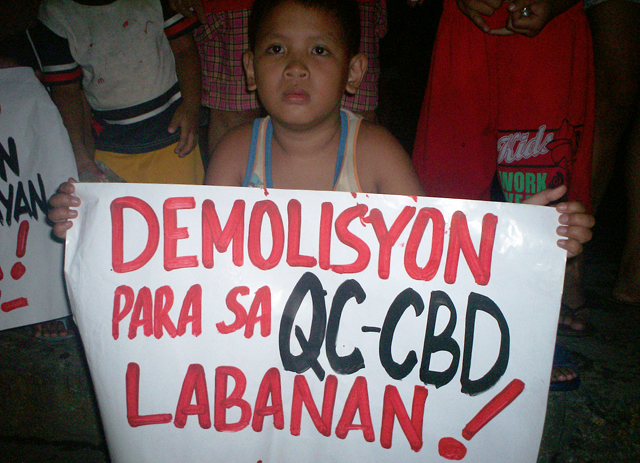 MANILA — Residents of Quezon City North Triangle held a vigil on Wednesday, in preparation for the possible demolition of their homes tomorrow.

The National Housing Authority (NHA) has issued on September 15 a seven-day notice for demolition of the community, which would give way for the Quezon City Central Business District (QCCBD). 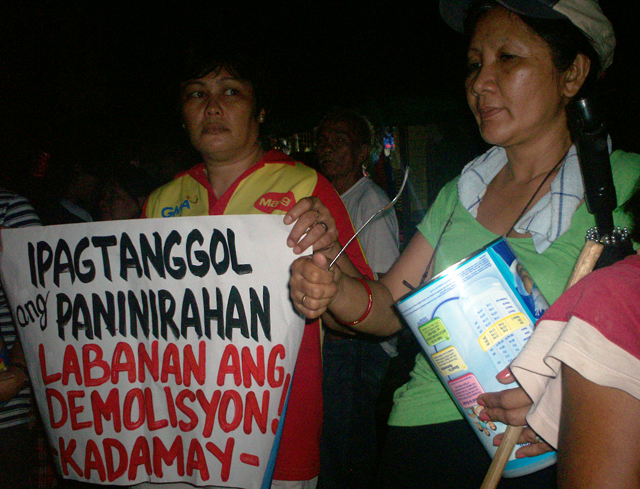 At around 6:00 p.m., the residents held a noise barrage along EDSA. Clarita Lozano, 60, one of the residents, told Bulatlat that they joined the protest action hoping that the government would hear their demand of junking the QCCBD project. 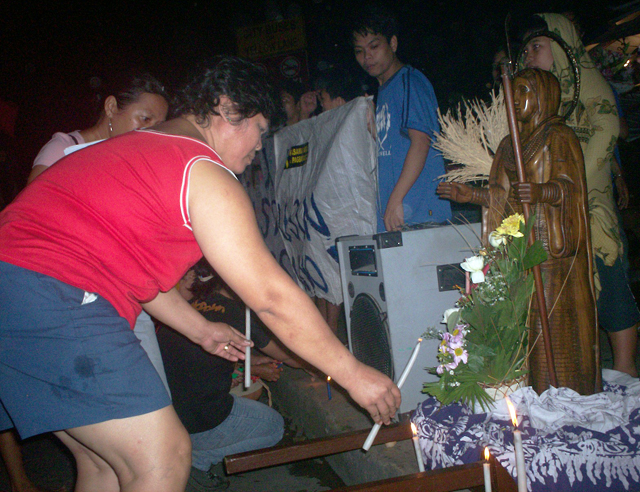 In an interview, Romel Gupo, president of the Agham Terminal Anakpawis chapter, said that there are about 6,000 families of the total 9,000 who are still living in North Triangle.

Gupo said that should the project continue, the residents are demanding either an in-city or on-site resettlement instead of NHA’s plan of relocating them to Montalban, Rizal. 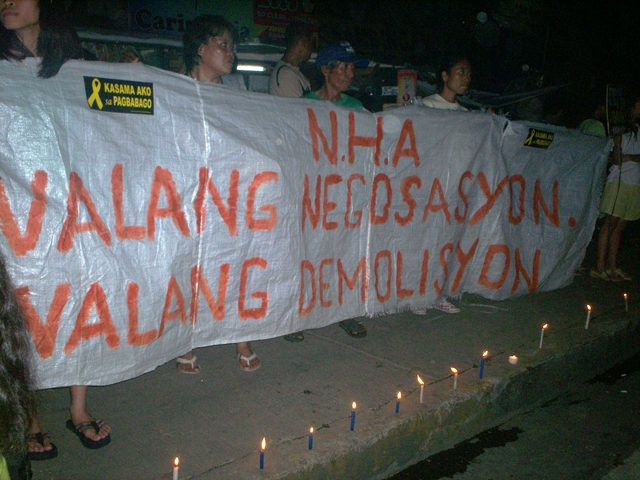 Gupo added that the resettlement area is located near the Marikina Fault Line, which could bring danger to the relocatees should a high-intensity earthquake hit the metropolitan.

Kadamay, an urban poor group, said they are expecting that the demolition team, together with the police and even the military, to arrive early morning tomorrow. (Bulatlat.com)