Now that the assumption of jurisdiction order has taken away the flight attendants’ right to strike, they are left with no recourse but to appeal to the media and the Filipino riding public “to join us and await how this new government will resolve the labor dispute.”

MANILA – The unprecedented strike planned for early November this year by the union of Philippine Air Lines (PAL) flight attendants was stopped from even taking off by the PAL management and the labor department, after the latter acceded to PAL’s request for it to assume jurisdiction over the three-year labor dispute. The assumption of jurisdiction (AJ) order legally prevents the union from further holding protest actions and, most particularly, a strike.

Labor Secretary Rosalinda Baldoz warned the flight attendants that if they push through with the planned strike, it will be “considered illegal” and the strikers will run the risk of sanctions, including dismissal.

The Department of Labor and Employment’s (DOLE) decision to assume jurisdiction over the dispute has come as no surprise — for weeks PAL president Jaime Bautista has been announcing that no strike would happen among members of Flight Attendants and Stewards Association of the Philippines (FASAP), the union of PAL flight attendants, because “PAL will ask DOLE to assume jurisdiction.”

The AJ has figured in other labor disputes, such as the strike at Hacienda Luisita, and unions have denounced AJs as a tool by capitalists who connived with the labor department to quash planned strikes and other union-related actions.

“In assuming and eagerly announcing this decision, the Aquino government has undermined the flight attendants’ impending strike and threat of strike and has therefore seriously impaired their bargaining strength in the mediation talks,” Elmer Labog, chairman of KMU, said in a statement. 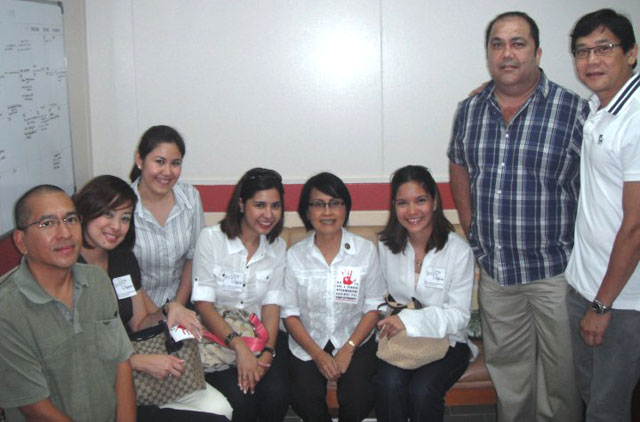 On October 6 or a day after the talks collapsed, a FASAP statement released to the media revealed that the group was still unaware at the time of the DOLE’s AJ order. FASAP president Robert Anduiza said that “in the event, however, that the DOLE will prevent FASAP from exercising its lawful right to go on strike, the union will be obligated to respect this decision.”

Despite suggestions of complicity between the labor department and PAL, “FASAP hopes that she (labor Secretary Rosalinda Baldoz) will resolve the dispute immediately especially the gender and discrimination issues in retirement age, pregnancy and maternity policies,” Anduiza said.

But after the AJ, does the union still have grounds to be optimistic?

“It’s hard to say,” FASAP vice-president Andy Ortega told Bulatlat. “We should always be hopeful and optimistic.” He cited the public denunciations of the discrimination against PAL flight attendants aired by the Philippine Commission on Women, the Commission on Human Rights (CHR) and the progressive party-list organizations and representatives as some of “the things that we feel will help the (labor) secretary come up with a good decision.”

On the surface, the dispute between PAL and its cabin crew appears to center on the discriminatory early retirement age being imposed on its flight attendants, which at 40 and 45 is 20 to 30 years earlier than the rest of PAL employees and most cabin crews in the local or global airline industry.

A closer examination of the issue, however, reveals that the labor dispute in PAL traces its roots to the so-called “survival plan” of PAL management which includes, among others, numerous ways of slashing the workers’ wages and benefits. This is done through the planned contractualization or spin-off of most of its ground crew, the under-manning of flights which was started last July despite protestations of flight attendants, the proposed mixed crewing (or joining members of both the domestic and international cabin crew in flights) and the imposition of additional flying hours per week to both pilots and cabin crew.

All these point to a more intensified exploitation of PAL’s working force for greater profits, said Anakpawis Partylist Representative Rafael Mariano. Anakpawis has a chapter among PAL employees.

The implementation of PAL’s so-called “survival plan” has already driven away two dozen pilots last July, with persisting rumors that their mass resignation would continue as PAL transfers some of its new, fully-paid aircraft, pilots reportedly included, to Lucio Tan-owned Air Philippines.

Efforts to implement the said PAL ‘survival plan’ to ground crews have resulted in its union filing a notice of strike that was promptly stopped by the labor department through an assumed jurisdiction (AJ) order issued April this year.

Next to the pilots’ mass resignation, the flight attendants’ struggle against discrimination have garnered relatively greater media mileage and support.

But for PAL, the widely condemned discriminatory policies against flight attendants appears to be just one of its means to an end, the end being increased productivity at lesser cost, for more profits, said Anakpawis Rep. Mariano.

In a radio interview with DZRH aired late September, PAL president Jaime Bautista said in Filipino that “surely, it is not that bad to ask employees to become more productive.” He mentioned it specifically to explain the strings (or conditions) they attached to their latest offer of raising the flight attendants’ retirement age from 40 to 45 years old.

Later in the interview, Bautista added that he hoped FASAP would agree to PAL’s plans to “increase flying hours from today’s 50 hours to 100 hours per week.”

Doubling the flight attendants’ flying hours, coupled with flight under-manning which had already increased the crews’ workloads, would necessarily appear easier to impose if the crew are composed of younger and presumably still childless employees.

PAL president Jaime Bautista has repeatedly asked its restive flight attendants to “be reasonable.” That is, to accept PAL’s current offer of mandatory retirement at age 45, with conditions thrown in such as mixed crewing and increased flying hours, etc.

PAL also made much of its P105-million ($2.4 million) package, said FASAP, but the union said it is really not that big in the face of PAL’s violations of the minimum wage law in their ranks. Just to correct this violation would already entail at least P70 million ($1.6 million), said Ortega. This means that flight attendants would hardly get any wage increase, he explained, as the remaining P35-million ($807 thousand) of PAL’s package would be shared by some 1,600 cabin crew as lump sum pay for the past three-year wage freeze.

PAL has reportedly played “hardball” against its flight attendants when the union still had the strike as an ace up its sleeves.

Now that the AJ has taken that away, FASAP was left only with an appeal to the media and the Filipino riding public “to join us and await how this new government will resolve the labor dispute.”

FASAP’s fate would now be up to the Aquino government, the union said. PAL management and the union have 10 days to submit their positions to the labor secretary, who has a month’s time to decide on the dispute. (Bulatlat.com)