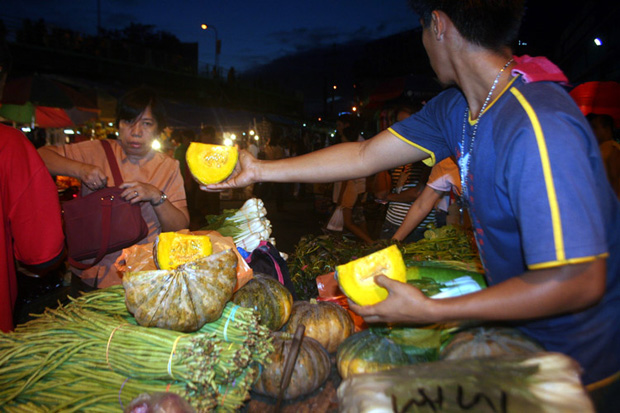 MANILA – When the increase in toll fee for the South and North Luzon Expressways was implemented at the beginning of the year, prices of produce transported to Manila through these highways have also increased. Since Jan. 1, according to vegetable vendors at the Alabang People’s Market in Muntinlupa City, there has been a significant jump in the prices of the vegetables they are selling. 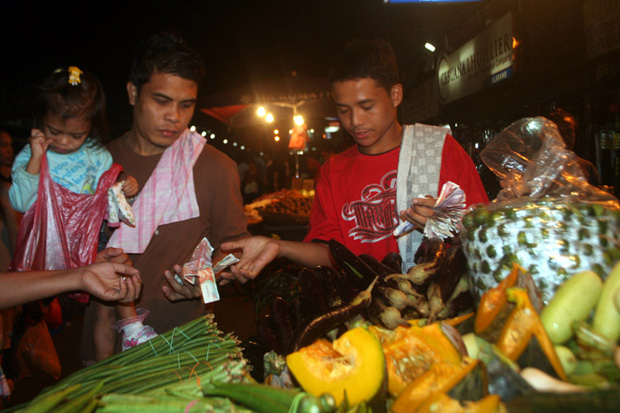 A consumer may always complain of the high prices of basic commodities; in the first place, these are mainly the working class or the minimum wage earners whose salaries are not increasing. Nene Alo, 37, a vegetable vendor for 13 years at the Alabang market, said that’s just the way it is. “Since the toll hike, all prices have increased. There’s a chain reaction because we need to recoup our expenses.” 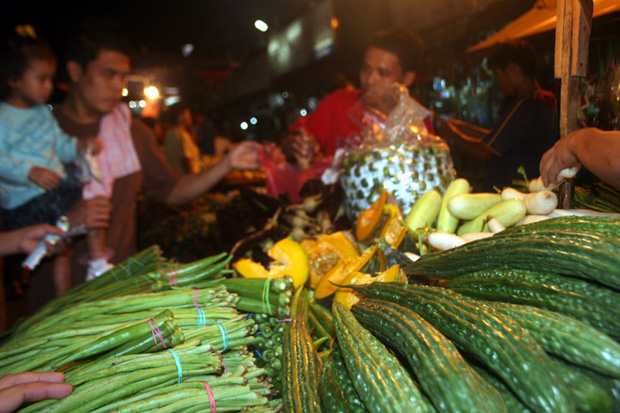 Alo buys her merchandise herself from Tanauan, Batangas. She said picking up the produce herself is less expensive than having it delivered to her. “The producers charge twice as much if we just wait for the delivery. That’s why we get it straight from them ourselves.” The vegetable also comes from Quezon province, Bicol and from different parts of Batangas province. 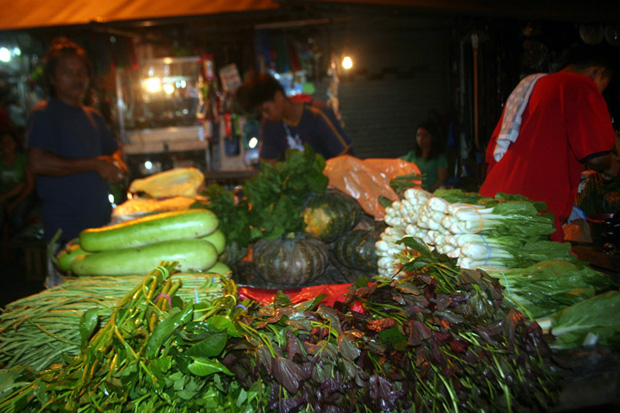 Alo said she makes a small profit per kilo off her vegetables, an average of only P5 per kilo or $0.11 (at an exchange rate of about 44 pesos to the dollar), just to gain back her capital. “People are very miserly especially in times of crisis,” she told Bulatlat.com. “You give them cheaper selling price, they still demand for a much cheaper price.”

Alo said her husband Vicente is the one who goes to Batangas to buy their merchandise. Their capital averages between P18,000 and P20,000. From that, they would earn about P1,500 a day on the average or, if they are lucky, P2,000. They also pay P300 per cart everyday as rental fee at the market, pay somebody P500 to haul the produce, and pay P15 per plastic full of veggies to a jeepney that brings their merchandise to Alabang. Vicente said they’re happy if they get back their capital. 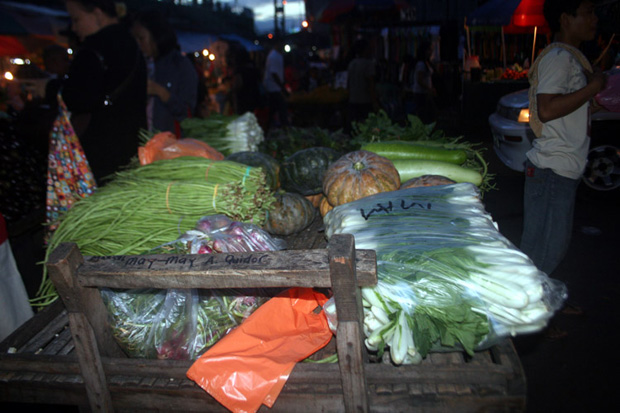 The toll fee for a jeepney from Calamba, Laguna, to Alabang used to be just P22; it’s now P76. Gas usually costs P500.

According to vegetable vendor Normi Dayandate, 26, the vegetable business has been sluggish of late, since the start of the year. “Some customers complain, but they are still buying.”

She sells from sunrise, as early as 6 a.m. “We usually arrive here from Batangas at 4 or 5 in the afternoon. We arrange our vegetable while some of the consumers are already buying. We would do this through the next morning.” 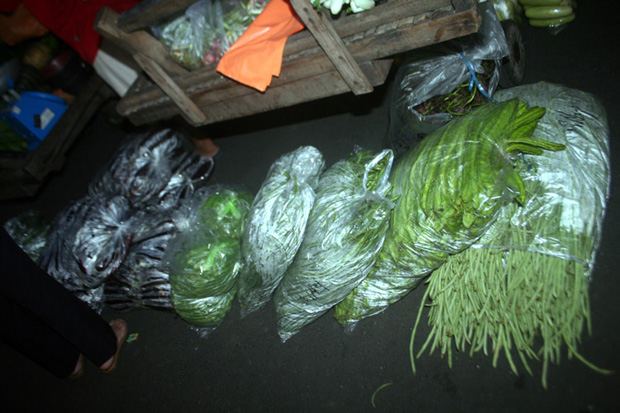 “We have to sell all these vegetables or else they will wilt and no one will buy them,” said Alo. She said they would often practically give away the vegetables just to get rid of it.