Karapatan and the International Coordinating Committee for Human Rights in the Philippines (ICCHRP) awarded the plaque to Alston “for his resolute fight for human rights amidst adversity, particularly his valuable role in bringing to the attention of the United Nations and the international community his objective and fearless findings on the role of state security forces in grave human rights violations under the counter-insurgency program in the Philippines, the marked reduction of extrajudicial killings following his report, and the institutional recognition of non-government organizations like Karapatan in monitoring government compliance with UN conventions and treaties on human rights.” 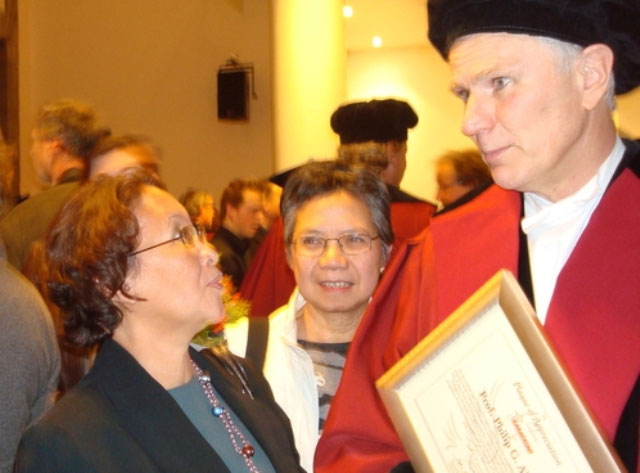 Alston visited the Philippines in February 2007 to investigate the spate of extrajudicial killings in the country. In his report, Alston blamed the counter-insurgency program of the then Arroyo government for the killings and other rights violations. He also dismissed the “purging theory” within the Communist Party of the Philippines peddled by the Philippine military as a means to dispense responsibility.

Alston presented recommendations to the Philippine government to address the extrajudicial killings, including the outright denunciation of killings in the counterinsurgency program, abolition of the Inter-Agency Legal Action Group tasked to build up legal charges against activists and dissenters, among others. 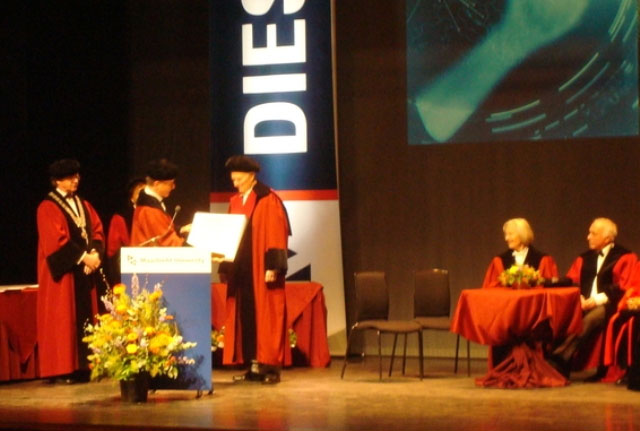 Alston of the New York University School of Law also received an honorary doctorate degree from the Maastricht University in the Netherlands, along with five other honorees for their outstanding contributions to their fields of specialization.

The conferment rites were held on the same day at the Vrijhtof Theater in Maastricht, The Netherlands, and was attended by more than 500 academics and guests. It was presided by Prof. Gerard Mols, rector magnificus of the Maastricht University.

“Philip Alston is one of the world’s most authoritative academics in the field of human rights, and author of a wide-ranging and substantial oeuvre. His work is characterized by a high degree of erudition and originality. He has a sharp tongue and enjoys knocking down sacred cows. He’s also done a great deal of practical work for the United Nations, as member of supervisory committees and as Special Rapporteur on extrajudicial executions”, stated Prof. Menno Kamminga of the MA Faculty of Law, in his testimonial to Alston.