You Are Here: Home → 2011 → March → 9 → ‘Yes’ to Universal Kindergarten, ‘No’ to Contractualization of Kinder Teachers – ACT Teachers

‘Yes’ to Universal Kindergarten, ‘No’ to Contractualization of Kinder Teachers – ACT Teachers

Rep. Antonio Tinio of the Alliance of Concerned Teachers Party-List said the Aquino administration’s move to implement universal kindergarten education was a welcome move as it would help reduce the huge number of dropouts in the early elementary grades. But he also expressed reservations the policy of the Department of Education to hire kindergarten teachers as contractuals.

Rep. Antonio Tinio of the Alliance of Concerned Teachers Party-List is among the lawmakers who voted for House Bill 3555, “An Act Institutionalizing the Kindergarten Education into the Basic Education System.” “We voted in favor of HB 3826 because kindergarten education is an important and necessary component of basic education,” he explained.

According to Tinio, the Alliance of Concerned Teachers (Act) has been calling for the implementation of a national kindergarten policy since the mid-2000s. He said the responsibility of providing kindergarten education has been neglected by the state.

“It was available only to middle and upper-class children who could afford to pay private providers. With this bill, kindergarten education will be free, universal, and compulsory, and the state is obliged to take on this responsibility.” The activist lawmaker elaborated that during the committee deliberations on the bill, he and colleagues in the progressive party-list bloc were successfully able to block the inclusion of a provision that would allow kindergarten teachers to be hired on a contractual basis. 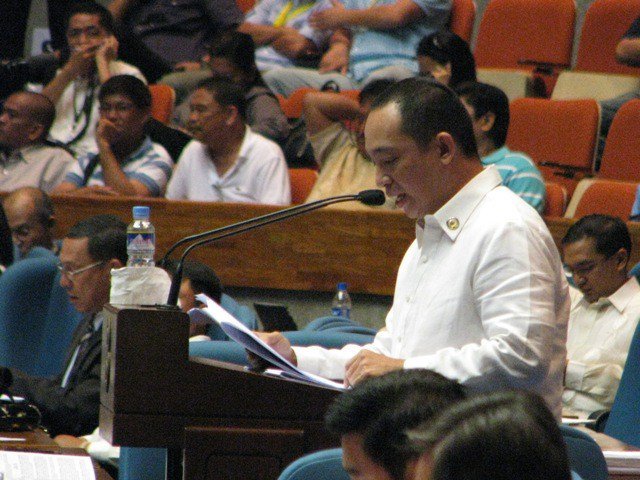 Tinio said once the bill becomes law, it will provide the legal basis for universal kindergarten education in the country. “It shall make kindergarten education mandatory and compulsory for children five years old and above and would be a prerequisite for Grade 1. It shall be provided free from tuition and other fees,” he explained.

Tinio said the Aquino administration’s move to implement universal kindergarten education was a welcome move as it would help reduce the huge number of dropouts in the early elementary grades.

He clarified, however, that he had strong reservations regarding the government’s policy in the hiring of kindergarten teachers.

“It was unfortunate that during the deliberations on the bill, our proposed provision that teachers be regularly employed and paid according to the salary standardization law was not accommodated. As it stands, the measure is silent on this issue. If the provision on contractualization had been carried, we would not have voted for the bill. Whether or not universal kindergarten education is going to be adequately funded by the state is another matter and will be the subject of an ongoing struggle,” he said.

Tinio said during the committee deliberations on HB 3555, it was revealed that that the DepEd’s budget was sorely limited, and as a move to adjust to financial limitations, the teachers it will hire in the coming school year beginning June will be employed as contractuals.

Over 27,000 positions for kindergarten teachers are being opened to meet the needs of 2.5 million students. Each teacher will handle one three-hour session of 45 students in the morning and another in the afternoon and will receive an honorarium of P 6,000 ($136) per month.

“The government must respect the rights and welfare of kindergarten teachers in implementing the program. The DepEd’s plan to employ teachers on a contractual basis on such a massive scale will violate the rights of teachers to just compensation and job security. The monthly honorarium of P 6,000 is way below the minimum wage, even though kindergarten teachers are expected to provide six hours of actual teaching per day just like regular teachers,” Tinio said.

The lawmaker said the department will earn the “dubious distinction” of becoming the country’s single biggest employer of contractuals. He said if the DepEd’s plans pushes through, the status of the teaching profession will be seriously undermined. According to him, the contractualization of public school kindergarten teachers are in violation of laws on job security and adequate compensation of Republic Act 4670, the Magna Carta for Public School Teachers.

“How can we expect quality kindergarten education if the teachers will be subjected to substandard pay and exploitative working conditions?” he said.

Tinio said informal consultations with public school administrators and teachers have convinced him and Act that the public school system is not ready to accept an additional 2.5 million students by June.

“Not only are there not enough teachers, there are not enough classrooms to accommodate what is in effect an additional grade level. Some administrators told me that they could be forced to implement a third shift in schools that are currently implementing two shifts,” he said.

Tinio said Malacanang and Congress should find ways to provide adequate funding for universal kindergarten education, including the possibility of realigning additional funds to the DepEd.

“President Aquino has touted universal kindergarten as one of the key educational reforms of his administration. If so, then this administration must do things right, starting with adequate funding that will secure the rights of teachers and provide the conditions for quality education,” he said.

In the beginning of 2011, the DepEd said it was searching for options to address the need for more kindergarten teachers because of the expected 2.4-million 5-year-old students who will start schooling in June.

Education secretary Armin Luistro said the department was well aware of the huge resource gaps in the country’s basic education system, among which is the limited number of permanent teaching positions available. He said the DepEd is finding alternative means to fill the gaps. According to reports, there are currently around 1.5-million kindergarten pupils in public schools. Private schools, in the meantime, have 435,574 kindergarteners.

By June, more teachers for the preschool level are needed to fill the need of one million more students.