You Are Here: Home → 2011 → April → 23 → News in Pictures: Live Passion of Christ Draws Spectators and the Religious

News in Pictures: Live Passion of Christ Draws Spectators and the Religious

Paombong, Bulacan — Penitents, usually male, walked five kilometers from the town center to a chapel in a village called Kapitangan. On the way, they usually have an entourage singing the passion of Christ. On every designated station of the cross, the penitents, whose backs by this time are already bleeding, would prostrate themselves in prayer while other men would whack their backs repeatedly. Some penitents carry big wooden crosses on their shoulders. They, too, often have an entourage of passion singers and mostly walk barefooted. 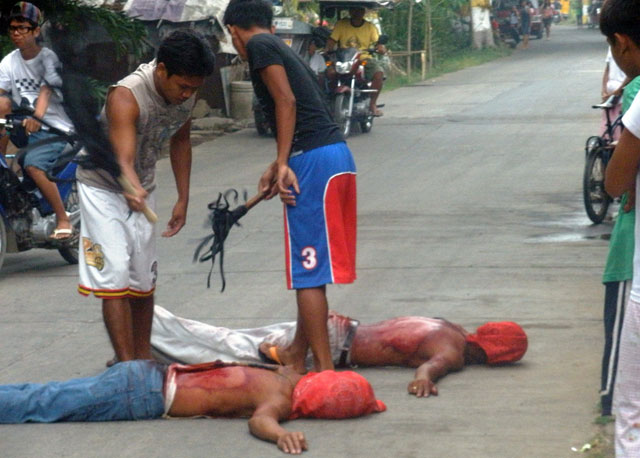 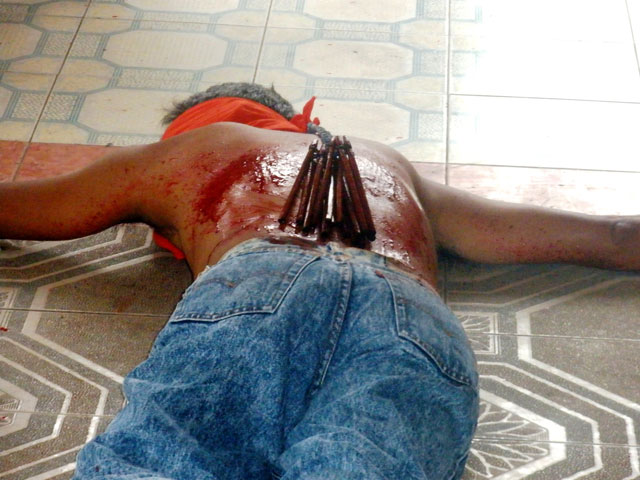 The practice of carrying the wooden cross for such a long distance starts with Lent, but increases in frequency and number as Good Friday approaches. From Holy Thursday to Good Friday, residents along the streets of Paombong can hardly sleep from the continuous singing of the passion, the footfalls of the crowd walking, the sound of the penitents’ whips as it hit their backs, and the sound of the wooden cross scraping at the street. 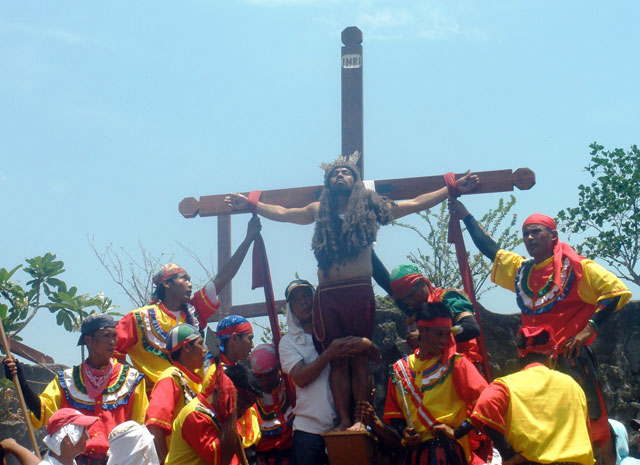 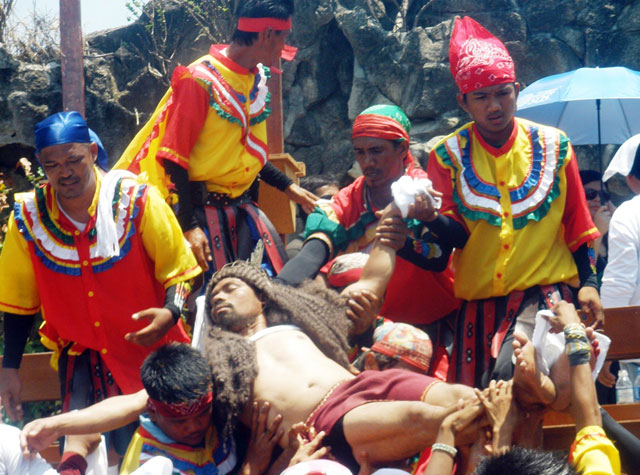 Four persons were scheduled to be crucified at high noon of Good Friday, as both the religious and the crowd of spectators gather to watch.