The ‘kalbaryos’ of the people

CORAZON DE JESUS, San Juan City — Noah Andaliza, 22, was forced to leave Barangay (village) Corazon de Jesus in San Juan City when he was still 7 years old. Poverty pushed his parents to send him to live with his aunt in Samar. After his high school graduation, he returned to San Juan in hope that he could land a good job and eventually uplift his family from poverty that tore them apart.

But Andaliza’s hopes never materialized. He, instead, could not find a job with a decent pay. Worse, threats of demolition and homelessness continue to loom.

“I worked as a delivery boy for a softdrinks wholesaler, a contractual construction worker, among others. But none seemed to have help me in achieving what I want for my family. I could not even put a single decent meal on our table,” Andaliza told Bulatlat.com. He added that aside from his educational background, the fact that he is living in Corazon de Jesus became a disadvantage. “Some construction firms do not want to hire people living in our area generalizing that we are all criminals.” 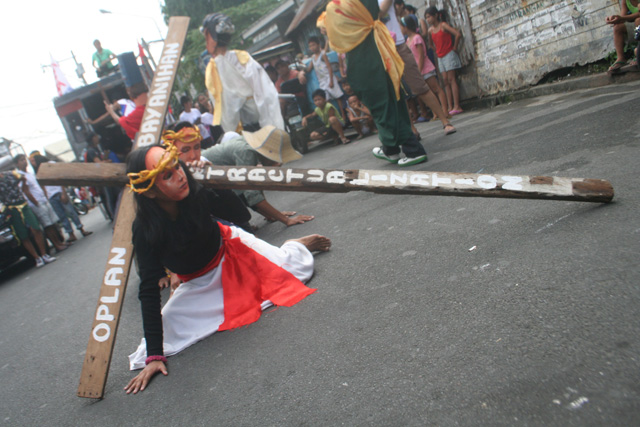 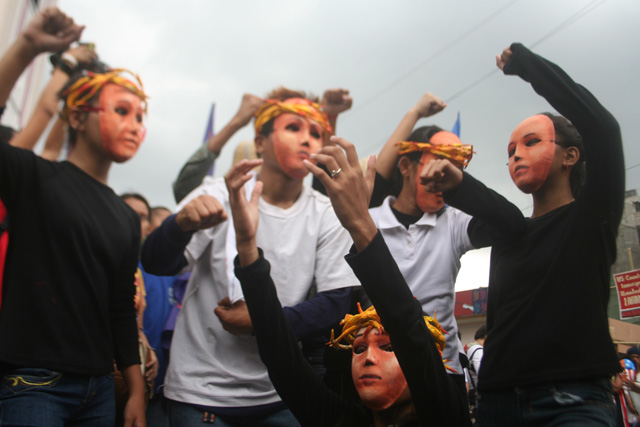 But what worries Andaliza the most is the threat of demolition that continue to loom in their village. “It is a given fact that the government should generate local jobs that pay sufficiently but it is also their responsibility to ensure that our right to a decent home is respected at all times,” he said, “All basic social services would be useless if we do not have a home.”

On January 25, 2010, residents of Corazon de Jesus were united in resisting the local government-led team from demolishing their homes to pave way for the construction of the new San Juan City Hall, which, reportedly was inspired by the design of the United States’ White House. Resident fought back by barricading their community but they were helpless against tear gas, water canons, and snipers that the police used to get through their barricades. 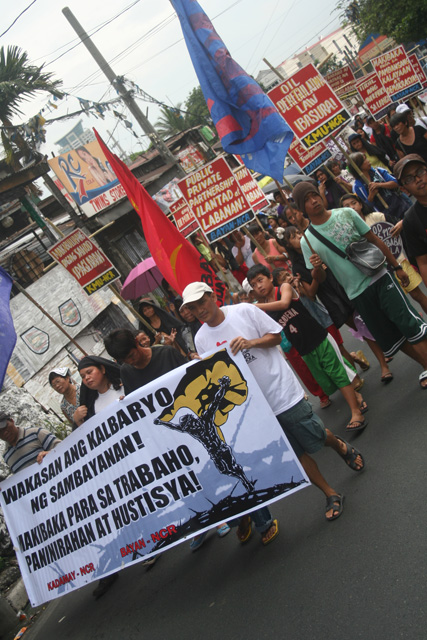 Arnold Repique, president of Samahan ng Maralitang Nagkakaisa sa Corazon de Jesus, said that threats of demolition continue to loom in their village. In a recent dialogue with San Juan Mayor Guia Gomez on March 23, Repique said, they were told that the demolition of the remaining houses in their community will push through on May 17, “whether we like it or not.”

“We are preparing ourselves. We will again unite to barricade our village,” Repique said, “We are also actively participating in protest actions pushing President Benigno S. Aquino III to provide the Filipino people with basic social services.”

As Filipino Catholics observed the Holy Week last week, residents of Corazon de Jesus joined church organizations and progressive groups in reenacting the senakulo, the passion of Christ, which told of how Jesus Christ sacrificed His life to save the people from their sins. Andaliza, who played the role of a modern centurion, who, he said, committed abuses similar to what the military is doing against the people and progressive organizations who are pushing for genuine change.

“I am not comfortable with my role. But I am going to play it well because it would portray how oppressive our government is, especially because of its anti-people policies” Andaliza said.

4.the demolition of the homes of urban poor families and the killing of Antonio Homo, an urban poor leader from Navotas

5.the Public Private Partnership program of the Aquino government

“The government makes it appear as if it would help the poor. But we all know that it would not,” Manalang said.

7. the new counterinsurgency program Oplan Bayanihan of the AFP, which, the urban poor group said, would “try to deceive the people but in the end will only try to put a stop to progressive organizations who are pushing for a genuine change in the Philippine society.” 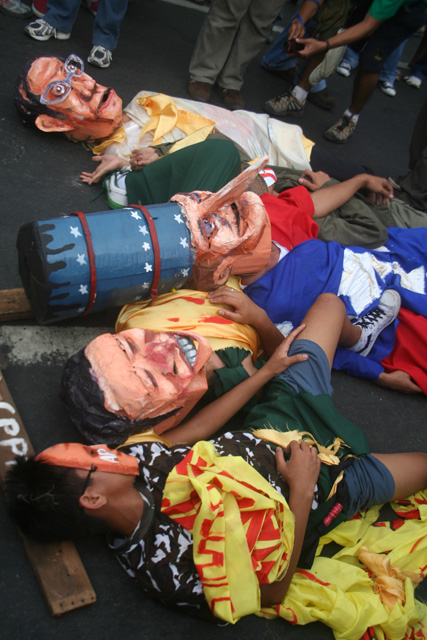 The Promotion of Church People’s Response, a national ecumenical organization, said that the Filipino people should not only remember the sufferings of Jesus Christ before but also the sufferings of the people in contemporary times. “It runs against Christ’s gift of a fulfilled and contented life,” Nardy Sabino, secretary general of PCPR, said.

“The Lord God said that he only has two important commandments,” Sabino said, “First is to love your God and second is to love others as you love yourself.” He said that the senakulo should be an opportunity for Christians to look back at the teachings of the Bible by defending and protecting those who are in need.