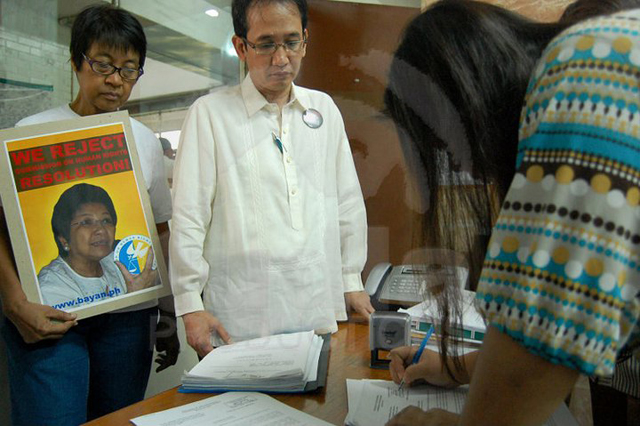 MANILA — The National Union of Peoples’ Lawyers (NUPL) filed a manifestation at the Commission of Human Rights (CHR) on Tuesday regarding its recent resolution absolving the military from its liability on the enforced disappearance and arbitrary detention of Filipino-American activist Melissa Roxas and her two other companions Juanito Carabeo and John Edward Jandoc.

Roxas, a member of Bagong Alyansang Makabayan-USA chapter, Carabeo and Jandoc were forcibly taken by armed men on May 19, 2009, in La Paz, Tarlac. Roxas was tortured for six days before she was freed by her captors, who, according to her affidavits and testimonies before the CHR and the Congress, are members of the military.

In a resolution dated February 14, 2011, the CHR, however, said that there is no sufficient evidence that would back Roxas’s claims that members of the military abducted her and subjected her to physical and mental torture. The resolution has instead stated that there is a “strong indication” that the New People’s Army (NPA), the armed wing of the Communist Party of the Philippines (CPP), is behind the “cruel, degrading and inhuman treatment and punishment.” 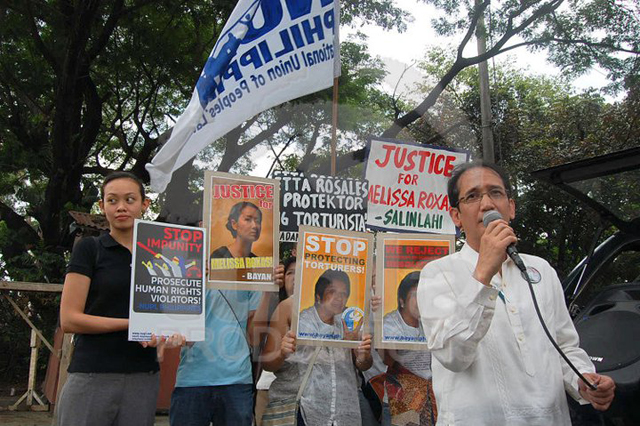 “We are alarmed that this resolution will worsen the already widespread culture of impunity in the military,” Atty. Edre Olalia, secretary-general of NUPL said.

Ephraim Cortez, NUPL’s assistant secretary-general for legal services, said their group is “disturbed” at how the CHR’s resolution used “narrow definitions and distinctions between ‘torture’ and ‘cruel, degrading, inhuman treatment and punishment’.” He added that “given the bare facts, the resolution should not divine how many angels can dance on the head of a pin to make an artificial dichotomy between these two concepts. What was done to Melissa is torture.” 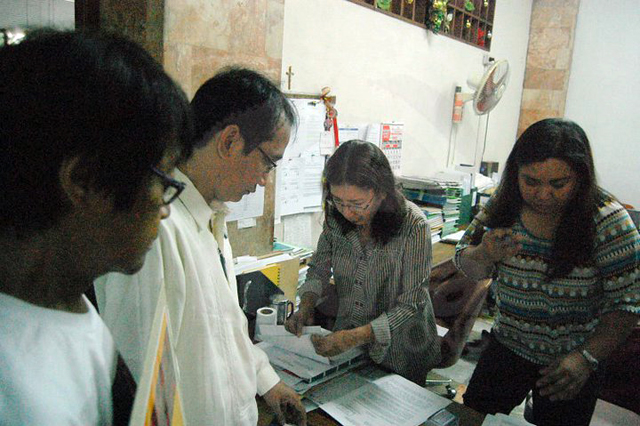 In their manifestation, NUPL said the conclusion that the Armed Forces of the Philippines is behind the abduction and torture is supported by Roxas’s testimonies that:

1. After she was forcibly taken, she was placed in a small prison with bars, then she was transferred to a room with several bunk beds and lockers

2. She was interrogated in several rooms, one was air-conditioned, some were offices.

3. She also heard airplanes taking off and landing and could hear gunshots being fired from a firing range.

5. She was tortured to admit that she was a member of the NPA and told to “return to the fold of the law or swear allegiance back to the Government.”

6. Her interrogators told her that they were members of the Special Operations Group of the military.

7. Her interrogators said she was in the military’s Order of Battle.

8. These facilities can only be found in a military camp.

“By raising the possibility that the enforced disappearance and her ordeal was carried out by the NPA, the subject resolution has in fact practically absolved the military establishment from any responsibility,” the manifesto read.

The manifesto added that, “Why, pray tell, — if the perpetrators were indeed NPAs –, would Complainant’s tormentors forcibly take her against her will and defiant resistance in broad daylight and with such brazen impunity; insist to her to admit wrongfully that she is a member of the CPP and NPA; interrogate her and claim that ‘they are instruments of God for rebels to change their ways and return to the fold of the government;’ subject her to ant-communist propaganda; ask her to sign a document which she refused; and then released her only after she was compelled to denounce the NPA? It just does not add up.”

The NUPL vows to to continue to support Roxas and other victims of human-rights violations. “The irony of it all is that with the instant resolution by a Commission under a supposed new administration professing to be far different from its predecessor, the impunity will continue,” Olalia said, “And that is no less tragic and horrendous.” (Photos courtesy of Tudla Productions /