The Killing of Bin Laden: Justice or Vengeance?

Does the killing of al Qaeda founder Osama bin Laden represent ultimate justice, or even an end to the “unfinished business” of 9/11?

(Amman, Jordan) U.S. agents killed bin Laden in Pakistan, apparently without cooperation from the government in Islamabad. The al Qaeda leader was responsible for great suffering, and I do not mourn his death. But every action has causes and consequences, and in the current moment all are dangerous. It is unlikely that the killing of bin Laden will have much impact on the already weakened capacity of al Qaeda, widely believed to be made up of only a couple hundred fighters between Afghanistan and Pakistan, though its effect on other terrorist forces is uncertain – Pakistan itself may pay a particularly high price.

As President Obama described it, “After a firefight, they killed Osama bin Laden.” Assuming that was indeed the case, this raid reflects the brutal reality of the deadly wars in Afghanistan and Iraq that preceded it and that continue today, ten years later – it was not about bringing anyone to justice, it was about vengeance. 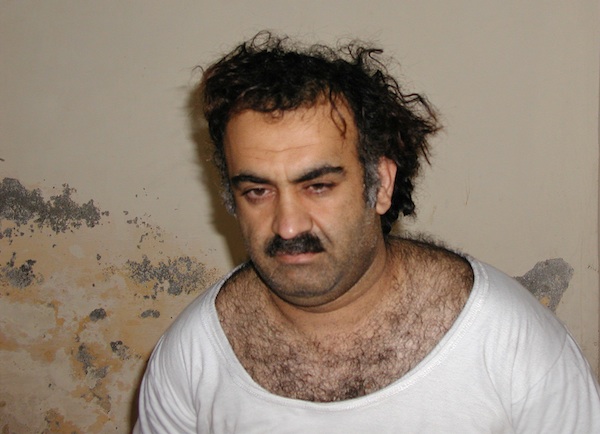 And given the enormous human costs still being paid by Afghans, Iraqis, Pakistanis and others in the U.S. wars waged in the name of capturing bin Laden, it is particularly ironic that in the end it wasn’t the shock-and-awe airstrikes or invasions of ground troops, but rather painstaking police work – careful investigation, cultivating intelligence sources – that made possible the realization of that goal.

President Obama acknowledged that the post-9/11 unity of the people of the United States “has at time frayed.” But he didn’t mention that that unity had actually collapsed completely within 24 hours of the horrifying attacks on the twin towers. September 11th didn’t “change the world;” the world was changed on September 12th, when George W. Bush announced his intention to take the world to war in response. That was the moment that the actual events of 9/11, a crime against humanity that killed nearly 3,000 people, were left behind and the “global war on terror” began. That GWOT war has brought years of war, devastation and destruction to hundreds of thousands around the world, in Iraq, Afghanistan, Pakistan, and beyond.

There was an unprecedented surge of unity, of human solidarity, in response to the crime of 9/11. In the U.S. much of that response immediately took on a jingoistic and xenophobic frame (some of which showed up again last night in the aggressive chants of “USA, USA!!” from flag-waving, cheering crowds outside the White House following President Obama’s speech). Some of it was overtly militaristic, racist and Islamophobic. But some really did reflect a level of human unity unexpected and rare in U.S. history. Even internationally, solidarity with the people of the U.S. for a brief moment replaced the well-deserved global anger at U.S. arrogance, wars, and drive towards empire. In France, headlines proclaimed “nous sommes tous Américaines maintenant.” We are all Americans now.

But that human solidarity was short-lived. It was destroyed by the illegal wars that shaped U.S. response to the 9/11 crime. Those wars quickly created numbers of victims far surpassing the 3,000 killed on September 11. The lives of millions more around the world were transformed in the face of U.S. aggression – in Pakistan alone, where a U.S. military team assassinated bin Laden, thousands of people have been killed and maimed by U.S. drone strikes and the suicide bombs that are part of the continuing legacy of the U.S. war. These wars have brought too much death and destruction, too many people have died, too many children have been orphaned, for the U.S. to claim, as President Obama’s triumphantly did, that “justice has been done” because one man, however symbolically important, has been killed. However one calculates when and how “this fight” actually began, the U.S. government chose how to respond to 9/11. And that response, from the beginning, was one of war and vengeance – not of justice. Reposted by