In an interview with Bulatlat.com, Rodolfo Bejar from the PhilPost’s Domestic Operations and Services Department said that the last decade has seen the PhilPost as being a “virtual bastion of corruption,” and that despite the efforts of the employees to bring the various corruption issues to the attention of the national government, nothing has happened.

How much is your friendly neighborhood mailman’s salary? Probably not much because there is reportedly corruption in massive proportions happening at the Philippine Postal Corporation (PhilPost).

Last May 1,2011 International Labor May 2011, employees of PhilPost sent a letter to Malacañang addressed to President Benigno Aquino. III. In their missive, the employees appealed to the president to take action against what they termed as “massive and shocking” financial anomalies being perpetrated by postal officials. The letter was signed by leaders of the PhilPost Rank-and-File Employees (PRAFEA), the Philippine Postal Workers Union (PPWU) and an employee of the PhilPost’s Domestic Operations and Services Department. 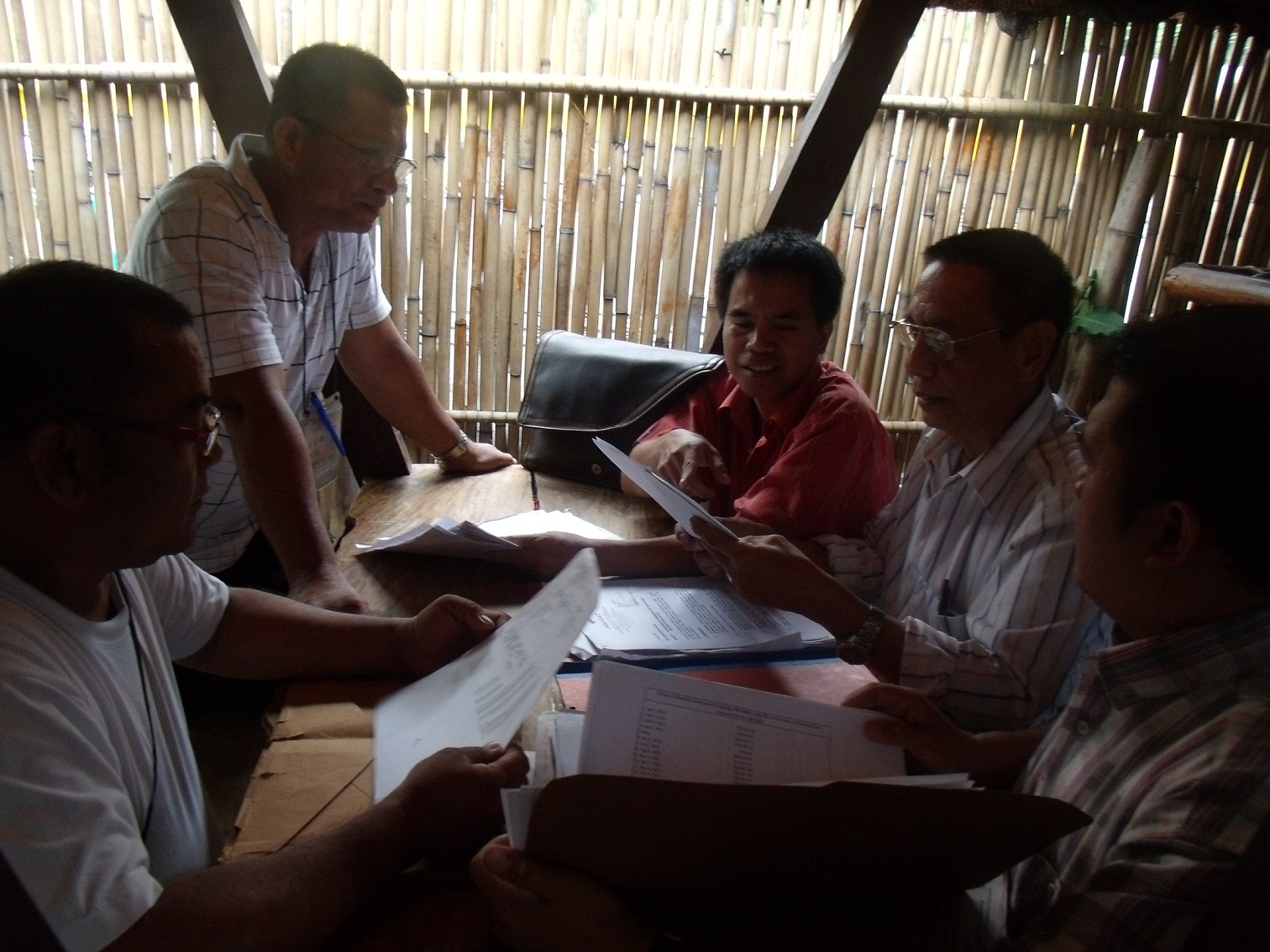 Leaders of the PhilPost Rank-and-File Employees (PRAFEA) and the Philippine Postal Workers Union (PPWU) present stacks of documentary evidence to prove their allegations that there’s corruption in the Philippine Postal Corporation and it’s provide fund office. “We have not been making accusations without proof. What we want is to be heard, and for changes to be implemented to protect our provident funds,” they said.(Photo by Ina Alleco R. Silverio / bulatlat.com)

“Mr. President, please help us unearth the grave anomalies before it’s too late. We still distinctly recall the 1995 fire that hit the PhilPost audit offices where all documents and potential evidence were destroyed,” they said. They went on to say that the multi-million provident fund or the Philippine Postal Corporation – Provident Fund (PFO) of the employees was being slowly depleted through corruption.”

The employees and union leaders are calling on Malacañang to mobilize all concerned agencies to immediately conduct investigations into the allegedly corrupt acts and practices of various employees and officers of PhilPost and the PFO. They tagged the incumbent officer-in-charge Postmaster General, the former and incumbent Philpost chairmen and members of the board of directors; the former and incumbent chairmen and members of the board of trustees of the PPFO and other officials the PFO.

In their letter, the employees reminded President Aquino that it has been almost a year since he removed Hector V. Villanueva as postmaster general and replaced him with Antonio de Guzman as officer in-charge. They said that they represent some 12,000 PhilPost employees assigned to 2,000 post offices all over the country.

The employees said that their benefits were delayed by at least seven months despite the regular deductions from their salaries. Among the benefits that have supposedly not been remitted by the PhilPost administration are the employees’ premium contributions (member-employees and employer counterpart contributions) to the Pag-IBIG fund, the Government Service Insurance System (GSIS), PhilHealth, Postal Bank, and to the PFO, as well as to other cooperatives/ employees’ associations.

In an interview with Bulatlat.com, Rodolfo Bejar from the PhilPost’s Domestic Operations and Services Department said that the last decade has seen the PhilPost as being “a virtual bastion of corruption,” and that despite the efforts of the employees to bring the various corruption issues to the attention of the national government, nothing has happened.

According to Bejar, the salaries of the PMG and the six (6) assistant PMGs already adds up to a whopping P660,000.00 every month. The amount, he said, still excludes the RATA, the per diems and allowances of the said officials. Also, the CorSEC is receiving a salary of P90,000.00/mo like the APMGs salary.

In contrast, the Philpost employees have not even received full paymentbased on the Salary Standardization Law III. They have yet to receive the first tranche of salary increase that was supposed to be released in July 2009, and nothing else of the yearly increases they should have been given up to 2012.

“This is the height of insensitivity, of extreme callousness to the plight of rank and file PhilPost employees. They don’t care that mailmen, mail sorters, postal tellers, drivers and couriers are forced to stretch their very small salaries but these high officials rejoice in their undeserved salaries,” they said

Bejar said that Philpost employees have not even received the salary increase they were supposed to get in July 2009. He was referring to the second tranche of the Salary Standardization Law (SSL).

[4] The remaining amount from the first tranche of the SSL and the entire second tranche.

“This entire time the employees of the PhilPost have been waiting for their salary increases and their benefits. Imagine the outrage we all feel knowing that the high officials continue to secure exorbitant salaries and various perks for themselves while at the same time they have the gall to tell us that there’s a shortage of funds!”, Bejar said.

To make matters even worse, it’s not only that the standard salaries and benefits of the PhilPost employees are being denied them, their provident funds are also being, as they said, stolen from right under their noses.