There would be no food security in the country for as long as it remains largely dependent on rice imports.

The advocacy group Bantay Bigas renewed its call for rice sufficiency in the Philippines in the wake of the release of a paper “Putting Rice on the Table: Rice Policy, the WTO and Food Security” by government think-thank Philippine Institute of Development Studies (PIDS).

In its paper, Pids recommended the full liberalization of the country’s rice industry. It also said that the Aquino government should not negotiate another extension on the exemption on lowered tariffs for rice until the country reaches average tariff rates comparable to other countries. According to the institution, food security can be had even if the country is a rice importer, and it went on to push farmers to plant other crops where the country has more comparative advantage.

Farmers, the Pids said, should plant cash crops rather than crops primarily for food. It claimed that domestic prices of rice has been consistently higher than world rice prices, and that in the longer term it would be cheaper to import rice than to produce the country’s staple food. Farmers are being encouraged to produce other staple crops such as cassava, white corn, sweet potato and plantain.

Lita Mariano, spokesperson for Bantay Bigas made exceptions to the arguments made by the Pids.

“Rice self-sufficiency is neither obsolete nor unattainable. Rice self-sufficiency is the only way by which the country can ensure food security for the millions of Filipinos without relying on the unstable supply of rice in the world market. Rice importation is only a temporary measure, a stop-gap measure to fill in the 10 percent shortage in the country’s rice production”, she said.

Mariano said that the government think-tank has “a distorted sense of food security.” 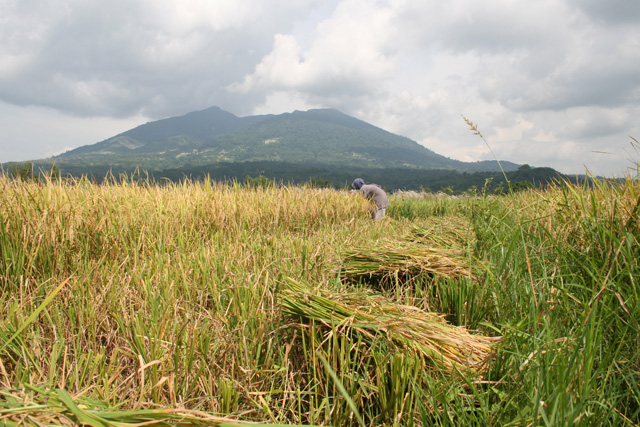 “It fails to consider that rice available in the global market is only seven percent of the total rice production. Continuous reliance on rice importation as the Pids suggests will compromise the country’s food security. Rice is not just a staple food crop; rice planting per se is also culturally imbedded among Filipinos”, she said.

Mariano argued that the country has failed to attain rice self-sufficiency because the government has not fully implemented the mandate of the National Food Authority (NFA). She said that the government consistently fails in providing appropriate funds for the food agency to procure its mandated 10 percent take on the country’s staple food production but instead increasingly resorted to rice importation as a policy rather than a measure of last resort”.

In its May 2011, the Pids said that the Philippines “has been and shall continue to be a major rice importer.”

“Food self-sufficiency at best protects a country from external policy shocks emanating from export restrictions. However, this is best addressed through regional and multilateral cooperation and negotiation, rather than through costly domestic policies,” it said.
The Aquino administration has previously announced that food security is one of its main reform programs. Aquino himself said that the country will achieve freedom from hunger during his Independence Day speech last June 12. He also boasted about the gains his administration has supposedly made in rice production, a supposed achievement recognized by the United Nations Food and Agriculture Organization in a report this month.

Aquino said that because of the continued reforms his government makes in the agriculture sector, the Philippines may make a crucial change in status from perennial rice importer to rice importer by June 30, 2016. He said that his administration has succeeded in significantly reducing the country’s rice imports from 2.5 million metric tons to 800,000 metric tons. 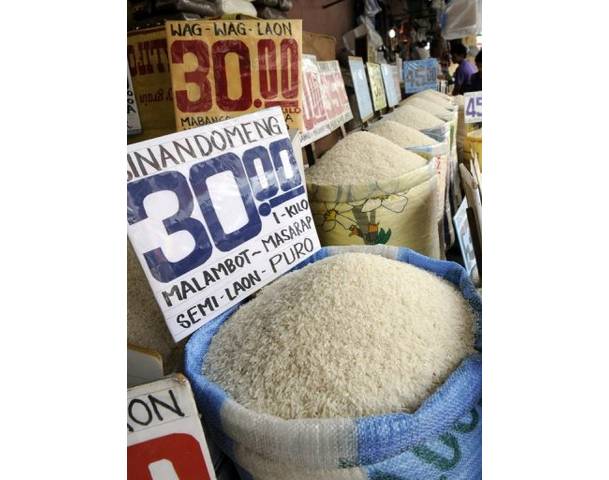 “Imagine, we were able to do this even though we have only been in office for less than a year. Because of our continued reform efforts, we might be able to stop being a rice-importing country and instead become a country that exports rice,” he said.

Bantay Bigas expressed disbelief over the president’s claim, saying that the government remains heavily reliant on importation and remiss in its duty to provide support infrastructure for agriculture such as irrigation facilities for the rest of the country’s potential irrigable rice lands. It also said that the government continues to allow the conversion of prime agricultural lands or irrigated farm lands.

In the meantime, a research by Ibon Foundation reveals that there remains some 1.6 million hectares of potential irrigable areas for rice production. One hectare of irrigated paddy is equivalent to three hectares of rain-fed paddy. Translating this to rice production, the average production of a rain-fed paddy is 2.69 MT or 2,690 kilos of husked rice. For the annual average of 167,762 hectares of irrigated paddy being converted to other uses, this translates to 1.354 million metric tons (MT) of husked rice or 879,995.571 MT of rice lost every year.

Bantay Bigas’ Mariano said that if the government would only develop the remaining potential irrigable area of rice lands, the country would produce an additional 5.6 MT of rice on top of the projected 17.9 million MT of rice production for 2011.