Dissecting a global empire and the US ‘war on terror”

“When the war is being presented as a humanitarian endeavor, then that means that the lie has become the truth.” – Michel Chossudovsky

MANILA – If you have been watching CNN, BBC or Fox, you may have come to perceive “militants” in conflict-ridden parts of the world as “demons” who are collectively lumped together as “terrorists.” These so-called “terrorists,” in turn, are the enemies or targets of global “peace-keeping” troops from the US military or from like-minded organizations such as NATO (North Alliance Treaty of Organizations), whose war operations or “human endeavors” around the globe result in today’s bloody conflicts.

These, among others, were just some of the issues raised in a seminar on the US war on terror and counterinsurgency at the International Festival for People’s Rights and Struggles last July 4 to 6.

“Media lies and fabrications are just some of the elements that sustain the imperialist agenda,” said Prof. Michel Chossudovsky, one of the three speakers in the panel for the first half of the seminar. 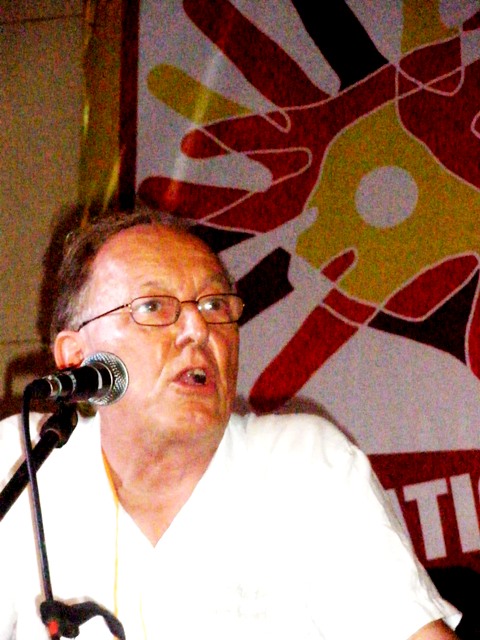 Speaking before an audience of social movement activists, students and youth, workers, peasants, indigenous peoples, migrants, artists and cultural workers from different countries including the Philippines, he was joined by Prof. Francois Houtart, founder of the Tricontinental Centre (CETRI) that supports the struggles of the South and conceptualized a global resistance movement called “other Davos” in 1996, and Prof. Roland Simbulan of the University of the Philippines, author of books on US geopolitical strategies.

“In the eyes of the super-pirate, all resistance to this empire is terrorism,” said Prof. Roland Simbulan. Calling US imperialism as “super-pirate” in his presentation, he condemned “this demonization of people’s resistance to the modern US empire,” explaining that resistance is a necessity for defending one’s sovereignty while the US treats it as an open revolt that has to be crushed. He contextualized much of the political violence in the world today to these opposing views. In fact, tracing the Philippine history to as far back as the Philippine-American war in 1889, Simbulan said, the US global counter-insurgency campaign also used a lot of its experiences from counter-insurgency operations in the Philippines. 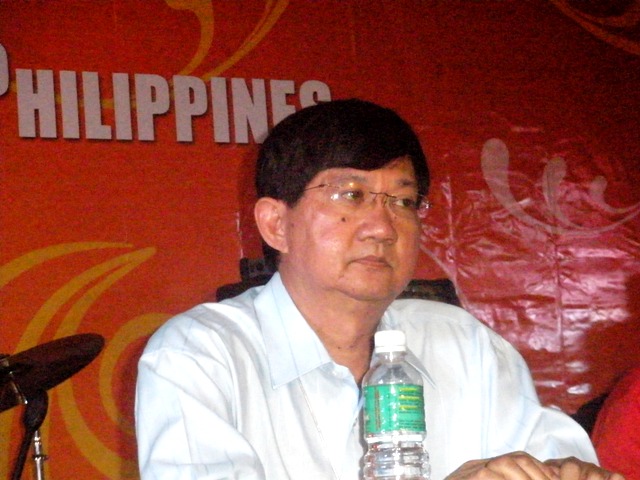 Nothing much has changed because, according to Chossudovsky, “in presenting to public opinion the US-led wars of conquest, the US demonizes the people inhabiting the lands where its target natural resources, such as oil and gas, are.”

“When the war is being presented as a humanitarian endeavor, then that means that the lie has become the truth. You cannot step backwards when society is treading on a path to self-destruction… when we are not in a position to distinguish between war and peace,” warned Prof. Michel Chossudovsky.

He issued the warning not only to his international audience in the said festival but also to social movements particularly in Western Europe, in his country Canada and in the United States, which he criticized for being “complicit in endorsing the neo-liberal agenda.”

Chossudovsky criticized Northern governments and social movements including leftist political parties that supported the US-led wars dubbed as war on terrorism, when these are actually wars of conquests to maintain US imperialism and capitalism itself. With his voice breaking when he remembered Crispin “Ka Bel” Beltran, whom he met in his first visit to the Philippines in 1990s, Chossudovsky said “Ka Bel is a great leader…. was. We need someone like Ka Bel.”

The different aspects of imperialism

While the half-day seminar on US war on terror repeatedly made mention of how the dominant media is being used as tool in deceiving the peoples of the world – Chossudovsky, for example cited many well-documented charges belying these lies – such cultural offensive is just one of at least four that explained the phenomenon of US imperialist empire, said Prof. Francois Houtart, during the discussion.

Avoiding a fall into a “too simplistic view of American imperialism,” Houtart said it is “not the result of a planned project,” nor “the final explanation of all the evils in the world.” It is much more serious, he said, than thinking we are faced with a “small group of people trying to govern the world with the help of some hyper-computers.” He urged everyone to distinguish too the people of the “empire” who are often victims of it as well.

Citing that the “main background” of this US empire is the globalized capitalist economy, Houtart said that along with “cultural imperialism,” first there is this “economic imperialism”. A “first aspect” of it is access to resources especially in the field of energy, which Houtart related to the wars of the Middle East (Iraq and Afghanistan). These wars, he said, cost around one percent of the US budget, but permit them to control 80 percent of world crude reserves, and “to condition 80 percent of the consumption of Japan and 50 percent of Europe.”

Other aspects in US economic imperialism are the monopoly of production by American enterprises, domestically or abroad, the “mastership of the markets,” monetary policies in a world dominated by financial capital, and its direct or indirect ability to dish out “disciplinary measures” when some countries disobeyed the “injunctions of the empire,”

Houtart said “political imperialism” also explains the phenomenon of the US empire. Noting that after the fall of the Berlin Wall, the USA remained the only superpower in the world, Houtart said “this was apparently a great victory, but also perhaps the beginning of the fall.” With US political imperialism comes the power to be in charge of the world police, which defends the capitalist market economy, said Houtart. With this, the US exerts dominance over the United Nations and other regional organizations and alliances “that exercise the hegemony of the United States.”

Houtart pointed to the huge funding for intelligence agencies such as the CIA, which has had records of interfering in world politics, such as in its recorded activities in Cuba, and in encouraging coup d’etats like in Honduras, Haiti, Venezuela, Bolivia and Ecuador. He also cited as one of USA’s political instruments of influence in Southern countries of the world, its USAID, or its government’s official cooperation body. 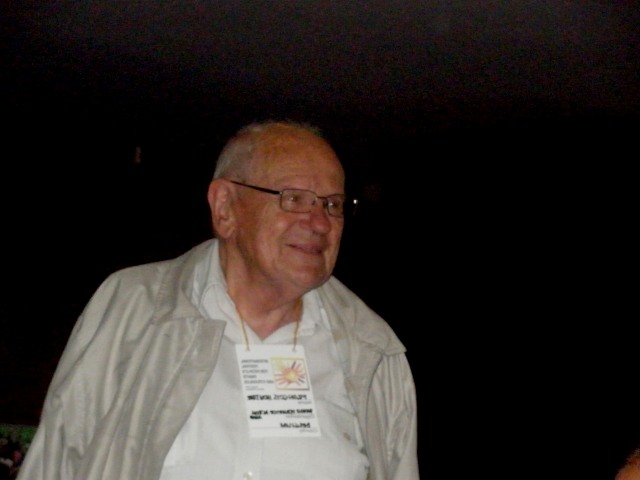 In US’ “cultural imperialism,” Houtart said, the predominance in world communication of its press agencies, TV channels and newspapers “are not so much parts of a global plan, but rather of a hegemonic position.” Like in the rest of the world, he said, the means of communications are dominated by powerful interest groups who are part of a capitalist world. As such, even if they “give a certain margin of independence to brilliant journalists” while controlling the flow of information, they still identify their goals as a capitalist class as if these are for “the common good of the planet”.

Finally, Houtart pointed to “military imperialism” as “probably the most known aspect of US imperialism today,” with its more than 700 bases outside the territory of the US “strategically located to control natural resources, main routes of communications of energy and commercial flux and potential enemies.”

Despite all these approaches to maintain the US empire, like in all empires, the “internal and external contradictions and people’s resistance” are bound to bring it to an end, said Houtart. However, at present, while it is showing signs of weaknesses in the economic field, “it remains quite dominant in the political one, and exercises a total supremacy in military matters.”

The US imperialism’s main function now is “to guarantee, with armed forces, the reproduction of the world capitalist system,” said Houtart, adding that its weakened economy explains why it is requiring more burden-sharing from its partners, like Europe, in financing this function.

In the end, the speakers in the panel on US war on terror called for responses, solidarity and social movements, against imperialism. For Chossudovsky who has been especially critical of social movements in the North for being “complicit and supportive of the neoliberal agenda,”it also means “rebuilding the social movements.”

He noted that “That is not the case in the Philippines, but it certainly is the case in Western Europe, in my country, in the United States, where the progressives adopted that position repeatedly. When we want an anti-war stance we have to start targeting that particular issue – why the progressives support war in the name of peace.”

He concluded that “It is very important for us to come to an agreement in order to see concretely in each country what we have to do to act in a real way”.