“This is just the tip of the iceberg and there are still numerous items that have to be questioned because they are a goldmine for the unscrupulous and the corrupt.” – Bayan Muna Rep. Teddy Casiño

Deliberations on the 2012 national budget started yesterday at the House of Representatives and progressive lawmakers have come out with scalpels to dissect it.

Bayan Muna Representative Teddy Casiño said that the Benigno Aquino III government’s fiscal proposal for the year 2012 amounting to P1.816 trillion ($42.232 billion) is no different from its predecessors: Casiño said it is full of ” vague, lump-sum allocations.”

Casiño said the Aquino government and its executive was engaging in double-speak.

“In Aquino’s budget message last July 26, the President said lump-sum budgeting delays the implementation of programs and projects, especially critical ones. He also said this kind of budgeting masks the lack of master plans in core undertakings, the weak planning capacities and poor monitoring and evaluation systems in the bureaucracy. It also came from him that lump-sum budgeting encourages political intervention given the lack of firm criteria or priorities, allowing anomalies in the use of public funds—such as the Fertilizer Fund Scam—to flourish,’” Casiño said.

‘A commitment to the poor’

In his budget message to the House of Representatives last July 26 after he delivered his second State of the Nation Address (Sona), Aquino said the new budget embodies his government’s “commitment to lift the poor from poverty through honest and effective governance.”

“It is intently focused on fulfilling my administration’s Social Contract with the Filipino people as I heeded their clamor for a leadership that will emancipate them from the shackles of hopelessness.
It is firmly anchored on our vision and priorities, and focused on results,” he said.

Among the promises Aquino made is the removal of special provisions granted to the Department of National Defense (DND) and the AFP to propose realignments in their budgets.
He also said his administration was conducting public expenditure management reforms through a Zero-Based Budgeting (ZBB) approach. 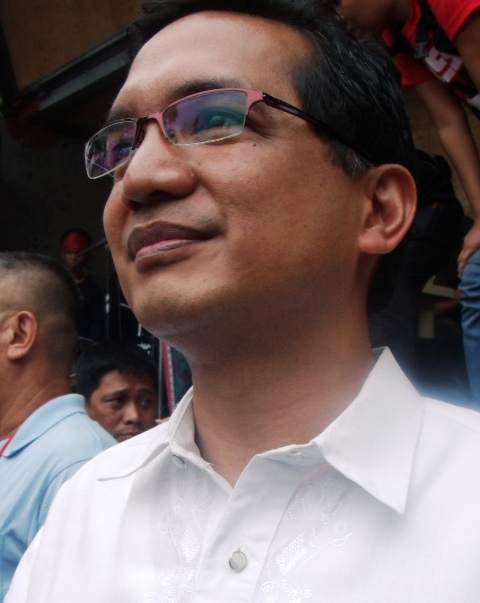 “The ZBB has proven to be an important tool in weeding out waste and redundancies in allocating resources. In crafting the proposed budget for 2012, we sustained its use to ensure the continued relevance, and impact of major government programs and projects, assessing the capabilities of departments and agencies in implementing these and ensuring that government only spends on priority endeavors,” he said.

According to Aquino, the crafters of the budget drilled-down the lump-sum expenditures into regional and sub regional allocations, agency lump-sum funds totaling an unprecedented P150.5 billion (US$ 3.51 billion).

” To the extent feasible, we have directed the release of budgetary allocations to the smallest implementing units of departments and agencies to facilitate implementation, empower them and enforce accountability,” he said.

Lump sums still in the budget

Despite the President’s tirade against lump-sum budgeting, however, it appears that he has not actually done anything about it and has in fact utilized the same tactic in crafting the 2012 budget proposal.

Casiño said the new proposal is just like the old one — still lacking transparency and is full of lump sum allocations. He said the proposed unprogrammed funds amounts to P161.6 billion (US$3.76 billion) representing a jump of 141.5 percent over the 2011 budget of only P66.9 billion (US$1.62 billion).

“Unprogrammed funds are standby appropriations, which authorize additional agency expenditures in excess of the original budget. This is a favorite catch-all for controversial expenses,” he explained.

He also cited the Special Purpose Funds (SPF), which for 2012 amounts to P374 billion (US$8.69 billion), including a P20 billion (US$465 million) allocation for budgetary support for government owned and controlled corporations (GOCCs).

The lawmaker also cited what he said was a ” questionable entry” under the unprogrammed fund — the Debt Management Program worth P85 billion ($1.976 billion). He said this was a previously unheard of budget item.

“There’s also something questionable about the proposed Automatic Appropriations which in the “General Introduction” of the National Expenditure Program (NEP) 2012. This amounts to P723.63 billion (US$16.8 billion). The strange thing about this is that, this is unlike the procedure in the previous years for the allocation of the Automatic Appropriations. In essence they are hiding the allocations instead of being transparent,” he said.

In the meantime, the Office of the President is also seeking P2.695 billion (US$620,930,232) in intelligence funds, of which, P666 million (US$15.4 million) will be earmarked just for “National Security Monitoring including requirements for the Presidential Anti-Organized/Syndicated Crime and Transnational Crime Campaign, as well as P600 billion (US$13.9 billion) for confidential and intelligence expenses to be released upon approval of the President.

“This is just the tip of the iceberg and there are still numerous items that have to be questioned because they are a goldmine for the unscrupulous and the corrupt,” he said.

For their part, youth and student groups Anakbayan and the National Union of Students of the Philippines (NUSP) are up in arms against what they said are another round of cuts in government allocation for state universities and colleges (SUCs) in the 2012 budget proposal.

In the meantime, 48 SUCs found themselves with lowered funds from the national government for Personal Services, this despite the implementation of Salary Standardization Law III. Some 50 other SUCs suffered reductions in the allocations for their Maintenance and Other Operating Expenses, and not a single peso was allocated for Capital Outlay.

According to Vencer Crisostomo, national chairperson of Anakbayan, the slash in the budget for SUCs was an “outrageous proposal” given the already worsening state of schools and declining access to higher education in the country.

“These budget cuts cause further deterioration of facilities, increases in school fees and a rise in the number of those denied of their right to education. This will mean a bleak future for more young people,” he said.

Crisostomo noted that the Aquino administration also proposed a P1.1 billion (US$325,581, 395) cut in the operations budget of the SUCs last year, a move that sent student and teachers groups all over the country to the streets in massive protests and demonstrations.

“The Aquino government is no different from its predecessors. It supports increased spending for military, debt servicing, pork barrel and senseless dole-outs while slashing the budget for schools and education. It is not only the ‘wang-wang’ (vehicle emergency siren) that needs to be taken out of Aquino’s mind and vocabulary, but his deliberately misplaced priorities,” he said.

The youth leader said the Anakbayan, NUSP and other youth and student groups will hold a rally outside the House of Representatives on August 4, as committee hearings take place regarding the allocation for SUCs. Youth and student groups are planning bigger protests during the next few weeks. Faculty, educators and school administrators are expected to join the protests.

“We call on our legislators to increase the budget of SUCs and fight for the people’s right to education. We call on President Aquino to withdraw the budget cuts and allot sufficient funding for our SUCs. We are prepared to back these calls with determined actions: campus strikes, mass demonstrations will be our weapon,” he said.