MANILA — Rep. Winnie Castelo told the legislators’ forum on wage hike this Monday that he is willing to withdraw his anti-planking bill in Congress if it would impede freedom of expression. In fact, said Castelo, “If the House of Representatives do not calendar for a committee hearing as soon as possible the proposed P125 ($2.86) wage hike bill,” he said he is prepared to conduct a planking protest in Congress.

The house bill calling for a P125 ($2.86) nationwide across-the-board wage hike has been languishing in congress for nearly ten years now. Its re-filed version in congress, HB 375, has until now been in sub-committee level of the House labor committee. Anakpawis Rep. Rafael Mariano, author of HB 375, told bulatlat.com that he is hoping the new crop of legislators supporting the wage hike bill could help it pass through the sub-committee and labor committee levels, then through the House deliberations before 2011 is over.

“We should put pressure on congress to “calendar” the bill, said Castelo. The last legislated wage hike in the Philippines was granted in 1989, Castelo noted. He agreed that the wage hike bill is “deserving” of being passed immediately.

Supporters of the proposed P125 ($2.86) wage hike bill in Congress now include, aside from Representative and boxing icon Manny Pacquiao, Rep. Carlos Padilla, and other partylist representatives such as Ako-Bikol. 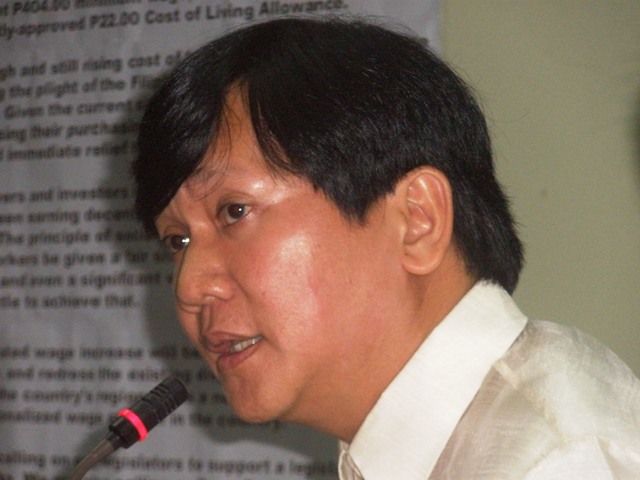 Rep Winnie Castelo asks why the P125 wage hike bill is not yet in House labor committee ‘calendar.’(Photo by Marya Salamat / bulatlat.com)

Rep. Philip Pichay who hails from Caraga region in Mindanao, told the legislators’ forum for wage hike that in their region, the minimum wage is P233 [$5.32] (compared to P425 [$9.71] in the NCR). And yet, Rep Pichay pointed to the higher prices of commodities in their region.

“Gasoline is P5 ($0.11) more expensive per liter in Caraga, LPG is P10 ($0.22) more expensive per kilogram, even the cost of electricity is higher in our place,” exclaimed Rep. Pichay. He said he had asked why oil products cost more in their area, “when the cost of transport” is surely not that high per kilo or per liter.
For these reasons, Pichay announced his support for the P125 ($2.86) wage hike bill, even as he apologized to the representative of TUCP who also has a pending but lower wage hike proposal in Congress.

Pichay added that if the government wants to discourage migration to the cities and to the NCR, “wage levels should be the same everywhere.” He said that the cost of medicines, rice and other foodstuff are the same wherever you go. 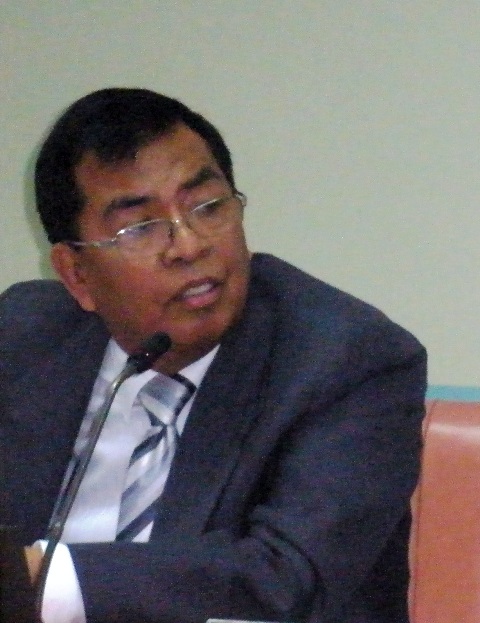 As an employer himself, Pichay belittled the cost of P125 ($2.86) wage hike. “I wouldn’t mind increasing wages, and I will not reduce the number of my workers.” He reasoned that he can easily recoup the hike from increasing the workers’ productivity.

Not only that, Rep. Go asked Courage to consider suggesting in Congress the upgrading to one level of every retiring government employee, much like what is being done in the military. “Why is it that only the soldiers are covered by this… why not the government employees, too?” Go asked.