“I see how these poor students suffer from poverty; many of them have nothing to eat and no money to buy paper. If I leave the country, I would only add to the shortage of thousands of teachers needed to teach these poor students.”

MANILA — France Castro, 45, has been teaching for 24 years. She has devoted practically half of her life to teaching.

She never regretted her decision to pursue education and becomes a teacher.

“In the public school where children belong to poor families, I see how they struggle to come to school every day. That is my motivation,” Castro said. 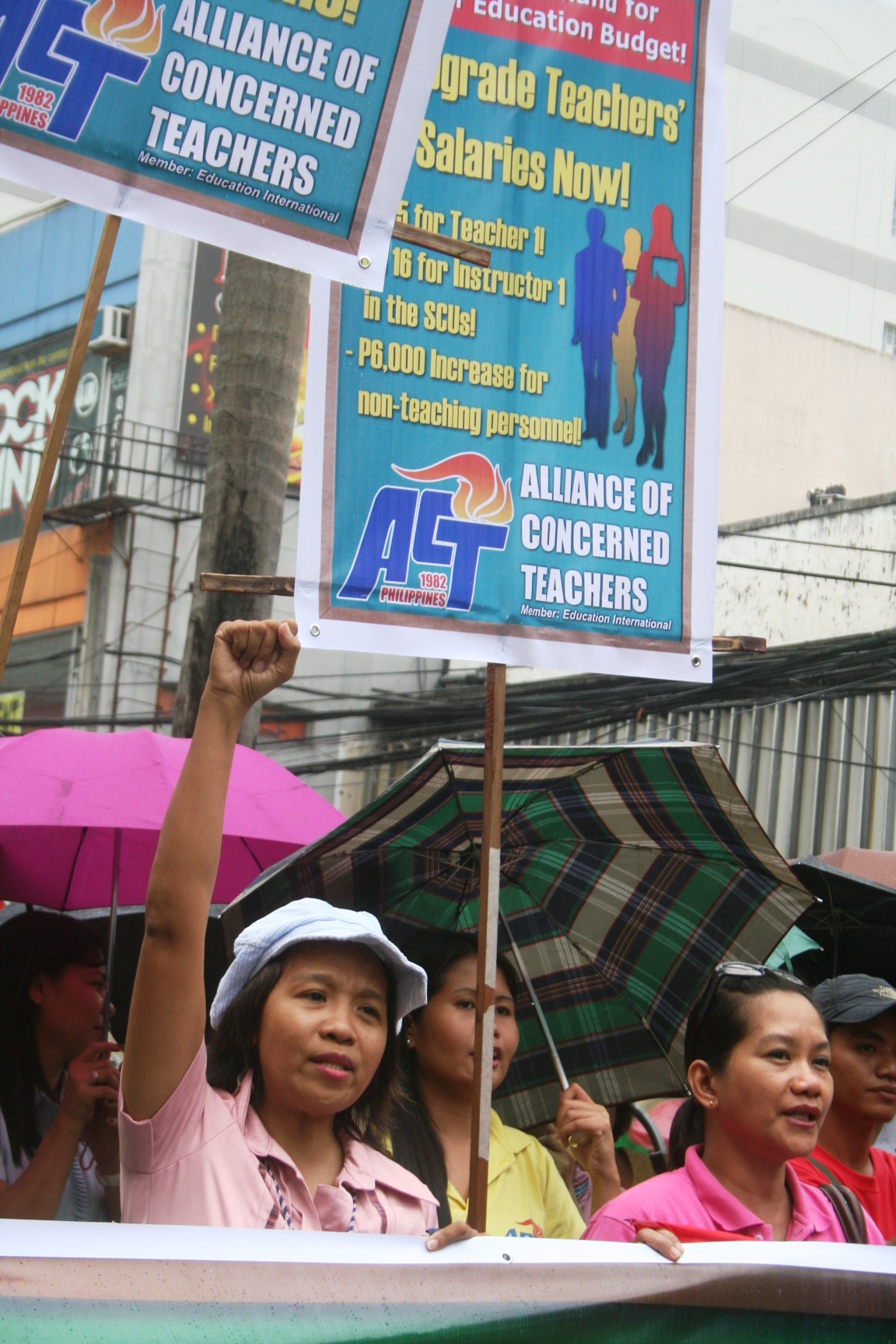 For Ana Marie Gonzales, Castro’s former student, she was not just her teacher but her friend and her hero.

“She is very understanding especially to children with special needs like me. She makes sure that we understand her lessons and we do not hesitate to ask her when there is something that we don’t understand,” Ana Marie, who is blind, said.

Castro is one of Ana Marie’s favorite teachers. “We always kid each other. She makes me happy when I am sad. She also encourages me; she made me realize that my disability is not a hindrance to pursue my dreams.”

Castro, like any other teacher, also spends her own money for her teaching needs. “Our chalk allowance is only P700 that is why we need to make other alternatives in our teaching.” To save from using chalk, she uses an LCD projector and the internet which she pays for. “It is also to make them interested in what I’m teaching.”

Castro’s concern for her students does not end in the classroom. She visits her students in their houses to find out their real situation. “When my student doesn’t come to school for a couple of days, I visit them to know their situation so that their subject teachers will still give them a chance.”

Even though most teachers in the country are overworked and underpaid, Castro said, she never thought of leaving the country to work abroad. “I see how these poor students suffer from poverty; many of them have nothing to eat and no money to buy paper. If I leave the country, I would only add to the shortage of thousands of teachers needed to teach these poor students.”

Castro and all her other four siblings graduated in public schools. Her father was a driver and her mother a housewife, both were elementary graduates.

Castro is the current secretary general of the Alliance of Concerned Teachers (ACT).
According to Castro, solving teachers’ problems is one of her greatest achievements. “It is more than the Most Outstanding Teacher Award,” Castro told Bulatlat.com.

Ana Marie also salutes Castro for fighting for the rights and welfare of her fellow teachers. “She’s like a hero who sacrifices everything for the welfare of teachers.”
Castro has been an activist since her college days. She was member of the League of Filipino Students (LFS).

Her involvement in ACT, a progressive organization of teachers, started when she worked as a contractual teacher in Manila. “I led the teachers to fight for permanent positions,” Castro said.

For four years, Castro was a contractual teacher. She then applied at the Quirino High School in Quezon City where she got a permanent position.

“She is committed and determined to fight for our advocacies,” said Benjie Valbuena, vice chairman of ACT. Valbuena and Castro have known each other way back in the early 1990s.

Organizing her fellow teachers is one of Castro’s tasks, she has been a single mother of two children but, Valbuena said, Castro is able to balance her time as a teacher, mother and activist.

“I am proud to be an activist teacher,” Castro told Bulatlat.com. She has gained the respect of her fellow teachers and the school administration. Her two children and her whole family also support her cause.