You Are Here: Home → 2011 → October → 11 → Santa residents assert protection of their natural environment and resources

Santa residents assert protection of their natural environment and resources

ILOCOS SUR – 386 kilometers north of Manila, the town of Santa, Ilocos Sur boasts of being in the center of the Ilocos Range, Abra River and the China Sea.

If one is traveling from Manila to Vigan, there is no shortage of eye candy when passing through Santa: the green mountains on the right and clear blue waters on the left immediately calms the mind and makes the long journey worth it.

Home to around 14,000 people, most of its residents derive their livelihood from the sea. Santa is one of the towns wherein ipon (gobiidae) can be caught. 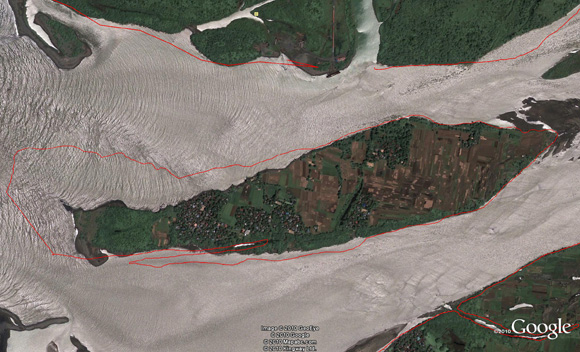 Ipon is a tiny specie of fish that can only be found in certain coastal areas of Northern Luzon. It can sell for as much as P300-P400 ($6.95 – $9.30) per kilogram during the first release and is a favourite buy for Filipinos living in Hawaii.

However, no matter how rich its sea is, when typhoons hit the Philippines, Santa is one of the towns that is most affected.

Only recently, an alarm signal 3 was raised when Typhoon Pedring hit Ilocos Sur. Although no heavy rains were felt in Santa, the typhoon caused a storm surge that affected the coastal barangays: 294 families with 1470 individuals were affected with 23 totally damaged houses and four partially damaged.

Aside from being prone to storm surges, Santa is also at high flood susceptibility and landslide occurrence.

In the Mines and Geosciences Bureau (MGB) Field Assessment of Landslide and Flood Prone Barangays in 2009, it was found out that 13 barangays in Sanata are at a high potential for landslide occurrence and 17 has high flood susceptibility. Santa has a total of 26 barangays.

One of the main factors of the vulnerability of the coastal barangays of Santa is the absence of a strong and sturdy seawall along its coast.

Aside from the possibility of homes being destroyed during storm surges, some barangays in Santa are also prone to erosion and its land area continuously diminishes.

Barangay Tabucolan used to occupy 1.9843 hectares of land in the year 2000; however, recent reports show that is has shrunk to 1.3890 hectares. The same is true for the other coastal barangays of Pasungol and Bucalag and the island barangays of Oribi and Dammay.

The operation of magnetite mining in Santa during the martial law years is seen as a contributor to the fast depletion of the land area of Santa.
Citizen’s forum for the environment 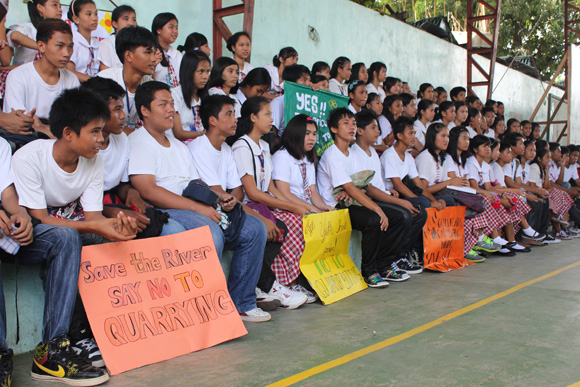 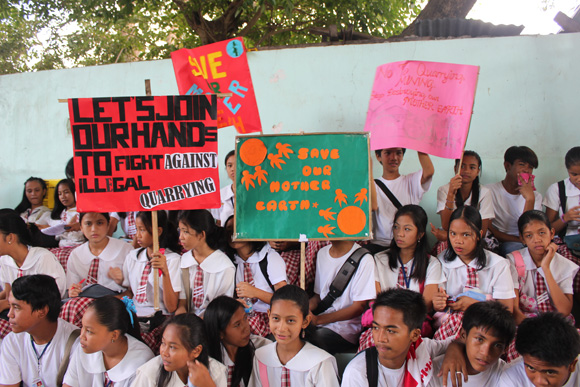 Last October 3, these environmental issues that face the residents of Santa were discussed through a Citizen’s Forum for the Environment that was spearheaded by Mayor Jeremy Jesus Bueno III in cooperation with Kabataan Partylist.

Inputs on mining were given by representatives from the MGB Region I office as well as from the Save the Abra River Movement (STARM).

From the period of April 2010-January 2011, three mining applications for exploration permit has been approved by the MGB for the coastal areas of Santa.

During the open forum, Mayor Bueno asked the MGB why it keeps on accepting the mining applications knowing full well that Santa is at a high risk of landslide and flooding. To this, the MGB Supervising Geologist Vilma Vecino replied that the minerals found in their area would only be wasted if it is not mined.

Vecino also claimed that the exploration is different from mining per se. To this, STARM representative Sherwin de Vera explained that, in truth, the same process is required for the exploration and mining of minerals. Therefore, based on this process, the exploration for minerals can already be considered as mining.

Noel Baga, legal officer of the MGB Region I also said that they have no legal basis to turn down the mining applications.

To close the activity, a Manifesto of Unity was read by Councilor Nadine Bello articulating the residents stand and program of action for their campaign, which is dubbed as the Save Our Santa or S.O.S.

Their calls include (1) for a moratorium on the approval of mining agreements in their town and cancellation of the existing applications, (2) lobbying to the national government for the creation of the sea wall, (3) the passing of the People’s Mining Bill, and (4) the accountability of the Lepanto Mining Corporation (LCMC) and other companies that have caused harm to their natural resources.

The LCMC has been operating gold mining at Lepanto, Mankayan, Benguet for more than seven decades already and its tailings have been found with acid mine drainage flows through the Abra River.

Around 500 residents attended the said forum.